I often think about some of the men in history that I would love to have the opportunity to meet and interview. Winston Churchill is one such man who would easily be in my top 10 list. This leader helped guide Great Britain through World War II. 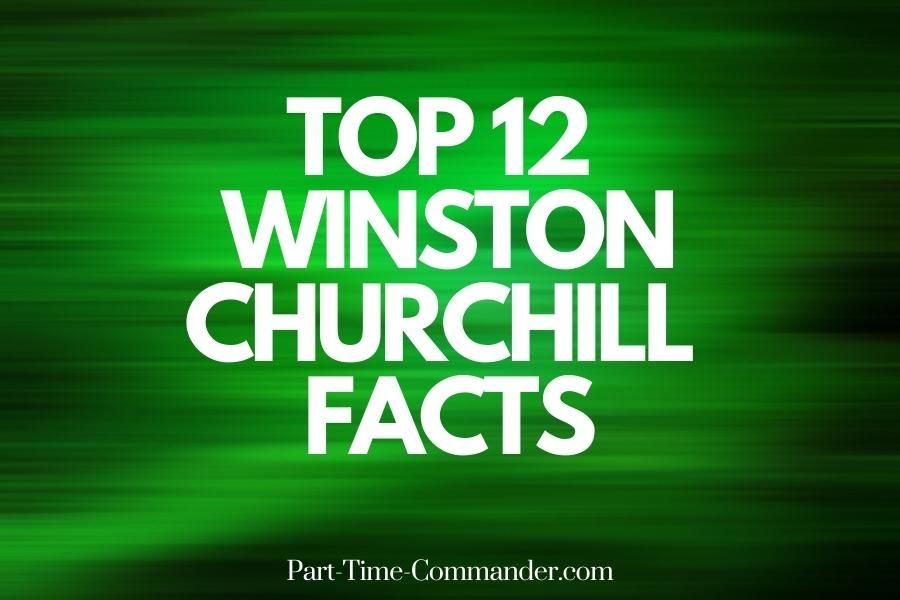 What you will see below are the coolest 12 things I could find about Winston Churchill. Some you may know if you paid attention in history classes, but many you probably don’t know.

Sir Winston Churchill was born in 1874 in Oxfordshire, England. He passed on in 1965 in London.

Winston Churchill’s Father was the 3rd son of the Duke of Marlborough… Lord Randolph Churchill was 100% British, but… Winston’s Mother was Jenny Jerome who was born and bred in Brooklyn, New York.

# 3: Winston Was An Accomplished Painter

Believe it or not, Winston Churchill was a very talented painter, even though he didn’t start painting until around the age of 40.

Churchill was forty before he discovered the pleasures of painting. The compositional challenge of depicting a landscape gave the heroic rebel in him temporary repose. He possessed the heightened perception of the genuine artist to whom no scene is commonplace. Over a period of forty-eight years his creativity yielded more than 500 pictures. His art quickly became half passion, half philosophy. He enjoyed holding forth in speech and print on the aesthetic rewards for amateur devotees. To him it was the greatest of hobbies. He had found his other world — a respite from crowding events and pulsating politics. ~ Source: NationalChurchillMuseum

Sir Winston Churchill did not perform too well in school so his father sent him to get a military education because he assumed he would not be a proper law or political candidate.

Winston Churchill has been quoted as saying his education was cut short by school. You see, we believe that this mighty leader gained more from reading than he did any schooling. It is said that when young, Churchill always had his nose in a book. He found reading to be his best source of education. 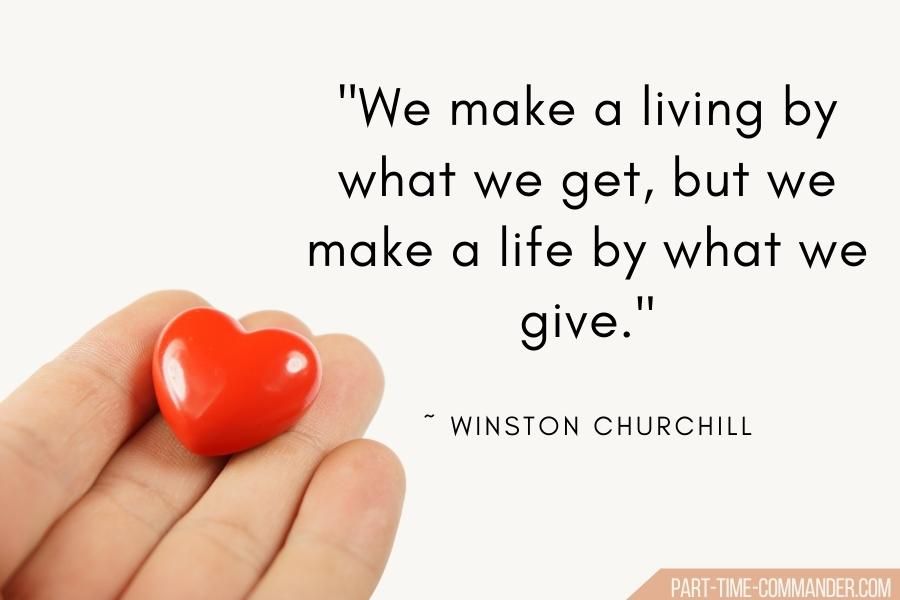 While in his twenties, Winston Churchill proposed to 3 different women… All 3 said no! While many would have resigned to a life of bachelorhood after 3 strikes, not Winston. He then proposed to Clementine Ogilvy Hozier in 1908 and she said yes.

In 1904, Clementine and Winston Churchill first met at a ball held by mutual acquaintances, the Earl and Countess of Crewe. It would be another four years before their paths crossed again, when they were seated next to each other at a dinner party held by a distant cousin of Clementine’s. They developed a rapport very quickly and continued seeing each other and corresponding over the next several months, and by August 1908, they were engaged.

Only one month later, on September 12, 1908, the Churchills were married in St. Margaret’s, Westminster. They took their honeymoon in Baveno, Venice, and Moravia, then returned home to settle down in London. Within a year, they welcomed their first child, their daughter Diana. In total, the couple had five children: Diana, Randolph, Sarah, Marigold, and Mary; all but Marigold survived to adulthood. ~ Source: thoughtco.com

While he spoke as if there was no issue, reporters often complained about Churchill’s speech impediment. It seems that both he and his father had what is known as a lateral lisp which is a difficulty making the s and z sounds. But that didn’t stop the great leader from giving fantastic speeches.

Winston Churchill was also an extremely accomplished writer. During his time in the British Military, he served as both an officer and a war correspondent. When he was deployed to South Africa, the Dutch Boers attacked the train and took several prisoners including Winston. Climbing the wall of the prison camp in the dark of night, Winston escaped and became a hero.

I mentioned the leader’s accomplishments in writing. Well, Sir Winston Churchill was awarded The Nobel Prize in Literature in 1953 for “his mastery of historical and biographical description as well as for brilliant oratory in defending exalted human values”.

Sir Winston Churchill was first elected to British Parliament in 1900 under the Conservative Party. Because of the Conservative’s stances against Free Trade, Churchill left the party to go to the Liberal side.

Winston Churchill would serve in Great Britain’s Parliament for fifty-five years. His deep sense of commitment to his country would be honored when on April 24, 1953, Britain’s monarch, Queen Elizabeth II, appointed him a Knight of the Garter.

Winston Churchill’s long political career began in October 1900, when he was elected to take the seat for Oldham as Member of Parliament or MP in the House of Commons. Later, Churchill represented, as MP, the areas of Manchester Northwest (1906-08); Dundee (1908-22); and Woodford (1924-64).

Between 1906 and 1940, Churchill served in the British Cabinet in charge of Board and Trade, Home Office, Admiralty (twice), and the Munitions, War and Air Ministries. From 1924 to 1929 he headed the Treasury as Chancellor of the Exchequer, a position once held by his father. ~ NationalChurchillMuseum

# 11: A Word That Was Invented By Churchill

It is a word I have used often and I am sure you have seen it a number of times… The word summit was invented by Winston Churchill. 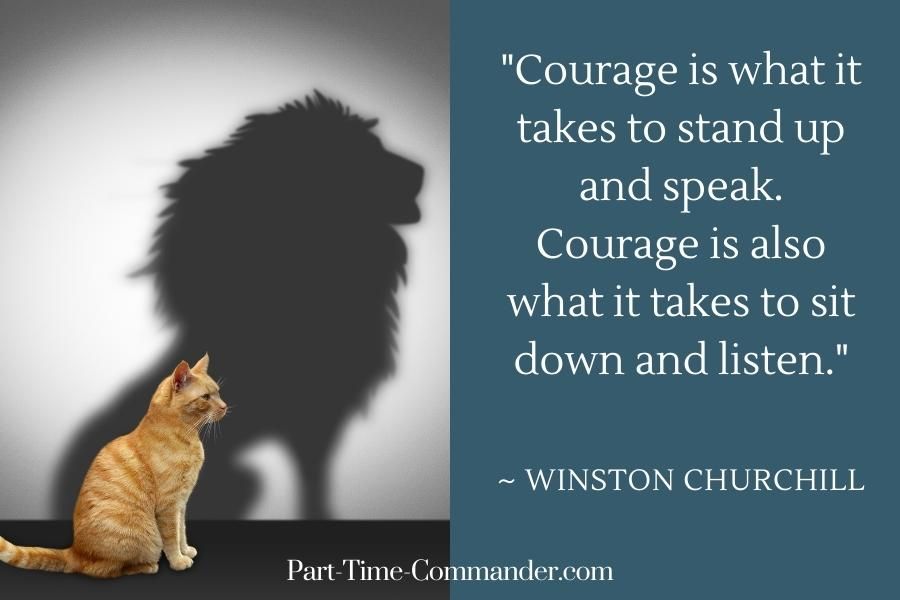 Before signing off, I want to leave you with some of Churchill’s top quotes…

“Success is not final, failure is not fatal: it is the courage to continue that counts.”

“Success consists of going from failure to failure without loss of enthusiasm.”

“I may be drunk, Miss, but in the morning I will be sober and you will still be ugly.”

I must admit, this great leader, this great man inspires me. The more I learn about Sir Winston Churchill, the more I want to emulate his life.

How about you? What are your thoughts about Winston Churchill? Which fact did you enjoy the most? Which quote did you like best? Leave a comment below to let me know what you think. I look forward to hearing from you.