You can’t and shouldn’t be a Company Commander forever.

Even though it’s a fun and rewarding job, you still need to actively manage your career.

Besides, the longer you stay in the job, the less effective you will be.

At some point, normally around 18-24 months, you will plateau, be burnt out, and gradually start to lose your effectiveness.

Company Command is a marathon.  Although 12 to 24 months of command seems short, your decisions should be deliberate so that your impact is anchored into your company’s DNA. ~ Zippia 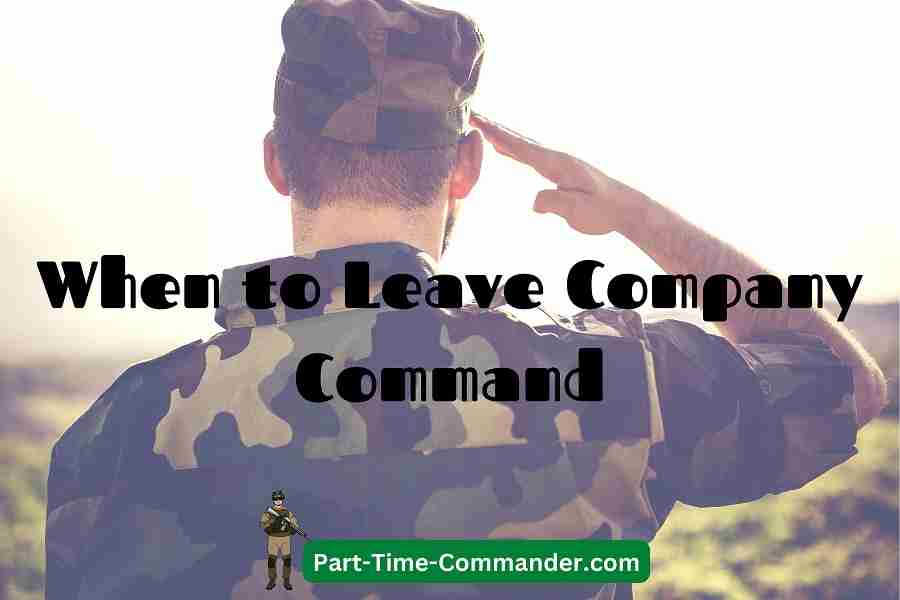 In the Army National Guard, Officers typically serve as Company Commanders for 18 to 36 months.

The minimum is typically 12 months.

In my opinion, the ideal amount of time in command is approximately 18-24 months.

Some people might disagree, but I think 18 months is the best.

The time period is not the most important thing though.

Instead, what you learn, who you become, and what you accomplish are much more important than HOW LONG you stay in command.

More importantly, you will not be an Army Captain forever.

Most Army Captains stay at that rank for between five-seven years, with a minimum time in grade of four years.

If you want to be competitive for future promotions, it’s important to realize that you need to have a variety of experiences as an Army Captain.

If you know that you’re only going to be a Army Captain for five to seven years, you should at a minimum have the following jobs:

In addition, you will have your military education requirements to complete; specifically, the Army Captain’s Career Course (typically four to six months).

This puts you on a restrictive schedule, so you must manage your time effectively.

If you want a successful career as a part-time Army Officer, and you want to be competitive for promotion to the rank of Major and above, you need a game-plan.

For instance, if you were an Army Captain for 18 months before you became a Company Commander, you know that you’ll have at least another 30-42 months in the rank of Captain.

In the example above, you know you could be a Company Commander for 18-24 months.

After that, you could start searching for a Major slot or find another Army Captain job to round out your experience. 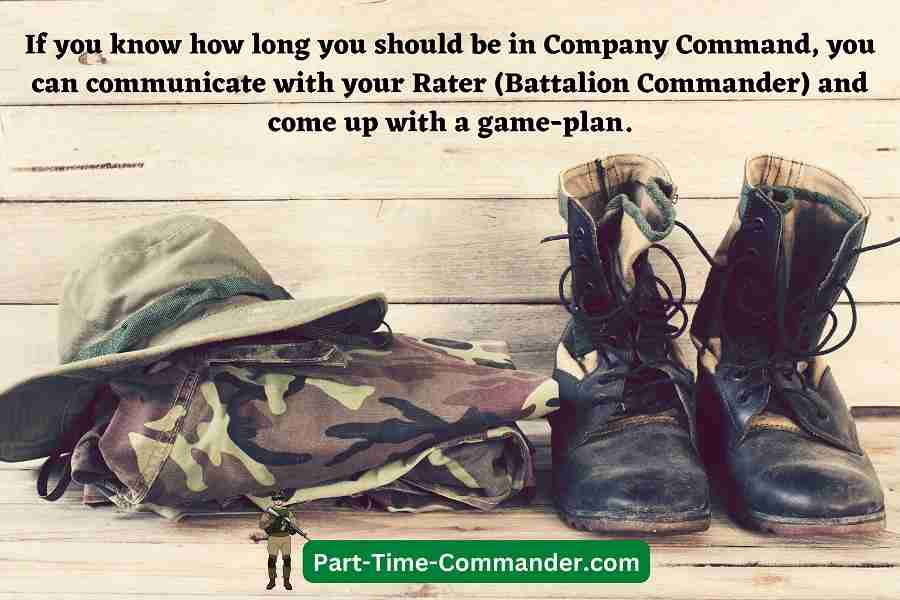 Another thing to consider is that when you are a Company Commander for a long time (more than 24 months) you are holding up other Officers from moving into Company Command positions.

I’ve seen examples where some people were in command for 5-7 years.

It’s not good for the unit, the Company Commander, or for other Officers trying to advance their career.

If you know how long you should be in Company Command, you can communicate with your Rater (Battalion Commander) and come up with a game-plan.

He or she will respect the fact you have a game-plan and are actively managing your career.

In conclusion, leaving command is an important step in your career progression.

Although you will miss your Soldiers and responsibilities, it’s very important to round out your Company Grade Officer experience with several other job positions.

What are your thoughts about leaving Company Command?

We appreciate all comments and questions.

5 thoughts on “When to Leave Company Command”