Today, I want to provide you a brief overview about the five types of Army orders.

An order is a form of communication between a superior and subordinate. It can be written, given orally, sent by email, or with some type of signal. An order provides the “details” of what the superior wants the subordinate(s) to do, along with some type of plan. An order describes the situation, mission, execution, service, and support and command/signal. 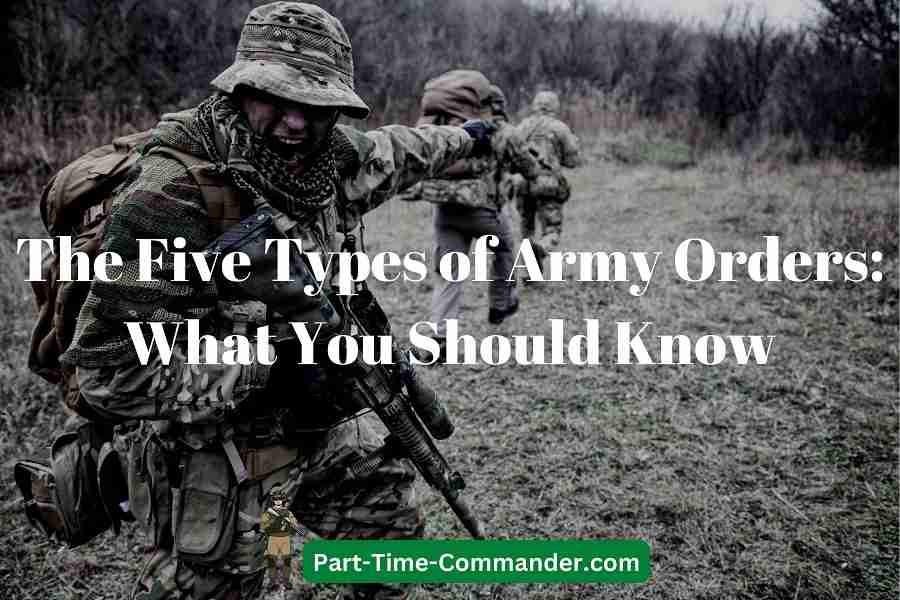 The Five Types of Army Orders

In the Army, there are five types of orders. They include the Operations Order (OPORD), Service Support Order, Movement Order, Warning Order (WARNO) and Fragmentary Order (FRAGO). In the paragraphs below I will cover each order type of Army order in more detail, so you have a basic understanding about what they are used for.

OPORDs are published for a specific mission, typically some type of operational mission. They are in a five-paragraph format, to include the task organization, situation, mission, execution, service & support, and command/signal. An OPORD always specifies a date and time for execution. The more complex the mission, the more complex the OPORD. Most OPORDs are published by the commander but created by the S3 section (battalion level and higher).

An Operations Order, often abbreviated to OPORD, is a plan format meant to assist subordinate units with the conduct of military operations.

An operation order (OPORD) is a directive issued by the leader to his subordinate leaders in order to effect the coordinated execution of a specific operation. A five-paragraph format is used to organize the briefing, to ensure completeness, and to help subordinate leaders understand and follow the order. ~ Tree Hozz

This type of order directs the service support of operations including administrative movements. In most cases, this will be an annex within an OPORD, but it can be a standalone document. The service support order covers the logistics plan for the unit.

Higher echelon’s OPORDs often contain extensive details. The author of the order will often move the majority of this material to an annex or appendix. These are then issued alongside the base order. The annexes and appendices allow the OPORD to be more easily read and understood by encouraging the inclusion or removal of material after its relevancy to the order’s end user is determined. ~ Wikipedia

Whenever a unit conducts a movement, there will be a movement order. This could be a convoy in combat, an administrative movement, or any other type of movement of personnel or equipment. This can be an annex in an OPORD or a standalone document. In most cases, the S4 or Logistics Officers prepares this document for the commander.

A movement order is a type of operation order. It contains instructions for the movement of units from one location to another within a stated time. Preparation of the order normally follows reconnaissance and an estimate of the situation. Information in the movement order includes the situation of friendly and enemy forces, destination, routes, rate of march, maximum speeds, order of march, start point, start point times, details of air and ground alert guards, scheduled halts, vehicle distances, time gaps, release point, critical points, service support, communications, location of the commander during the march, and strip maps.

Other details may include route or unit markers to be used, control or check points, and locations of road guides. Some items listed above often become standard, and units include them as standing operating procedure. Repetition of these items is not necessary in the order. ~ FM 17-95

A Warning Order gives leaders notice that an OPORD will be issued in the near future. It’s a “warning” so they can start doing their initial planning. A Warning Order is in a similar format to an OPORD. They are never a complete plan. Instead, the information on hand is shared at the earliest convenience, while higher headquarters finalizes their plan and finishes the OPORD. A Warning Order does NOT authorize execution of the mission. Instead, it’s for subordinates’ planning purposes only.

An Army warning order, commonly referred to as a “WARNO,” is written by commanders to provide advanced notice to their troops that events are about to take place. A WARNO can be used to notify troops about upcoming ceremonies, deployments, field training exercises, upcoming combat missions or any other event that requires troop compliance and participation. Chapter 3 of Army Field Manual 5-19 instructs soldiers on the proper use of WARNOs, and Field Manual 3-11.22 guides troops on the appropriate format and dissemination practices. ~ Biz Fluent

Often referred to as a FRAGO, a Fragmentary Order is an abbreviated form of an OPORD. Rather than recreate a new OPORD every time there is a mission to complete, units can simply publish a FRAGO to publish any changes to the original OPORD. 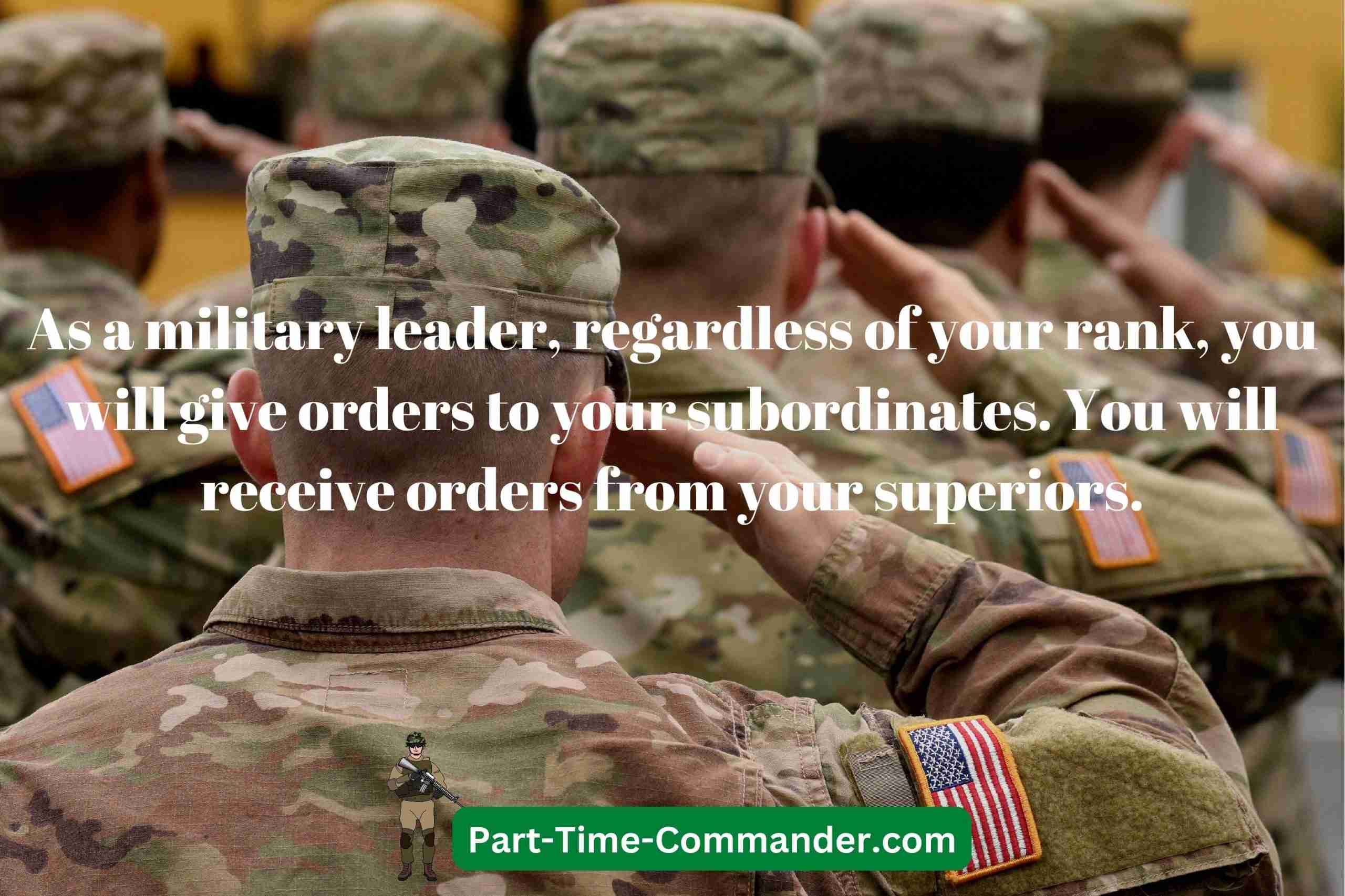 As a military leader, regardless of your rank, you will give orders to your subordinates. You will receive orders from your superiors. Depending upon the complexity of the mission, the skillset of your subordinates, your mission, and the type of unit you serve in, you could use any of the different types of Army order mentioned above. It’s in your best interest to learn how each order works and know how to read and write one effectively.

What are your thoughts? Which types of Army Orders do you deal with the most? Leave a comment below to let me know what you think. I look forward to hearing from you.

If you’re looking to improve your operational awareness and learn more about Army Orders, mission planning, and battle staff functions, you should check out this resource on Amazon.

11 thoughts on “The Five Types of Army Orders: What You Should Know”