Today, I want to write about toxic Army leadership. I hope this information will INFLUENCE all Army leaders, regardless of their rank, to improve, and become the best leader possible.

I was fortunate enough in my Army career to work with EXCEPTIONAL leaders and TOXIC leaders. I learned a lot from both types of leaders. I tried to model the behavior and attitudes of the great leaders and avoid the pitfalls and shortcomings of the toxic leaders.

Soldiers deserve great leadership. I think so anyway. I can’t think of one Soldier who joined the Army and wanted to serve in a unit with bad morale, poor training, no discipline and low esprit de corps. Can you?

Everything rises and falls on leadership. Leadership is EVERYTHING, especially in the military. An organization is a reflection of its leader: either good or bad.

One good leader can transform a bad organization into a highly skilled group of warriors and one bad leader can take the best unit in the Army and make it suck!

If your unit isn’t what it should be, and you are in charge, the issue is you. The good news is that you can change! 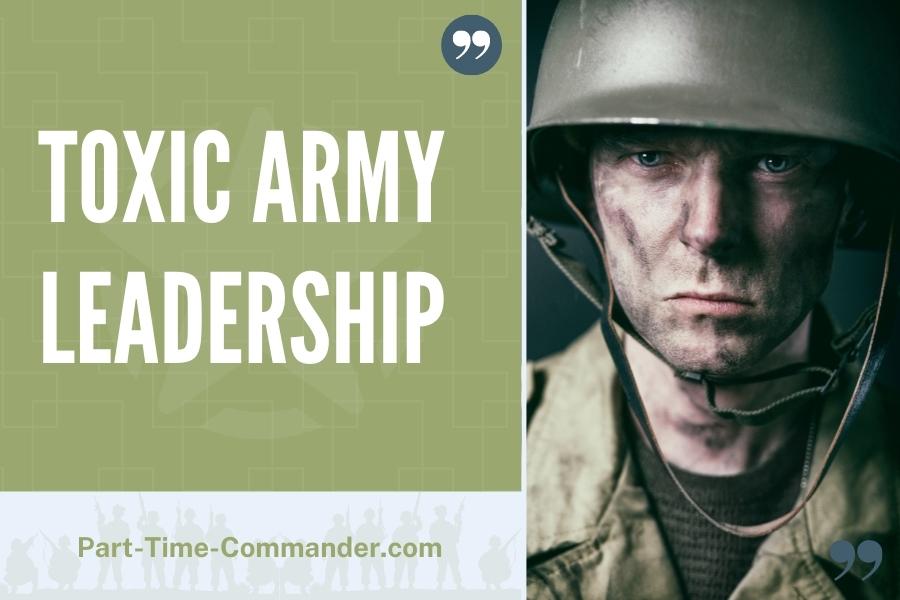 What is a toxic Army unit? How can you identify it? Here are a few things I’ve noticed:

In toxic units, Soldiers can do whatever the hell they want to do. Saluting is not required. Proper titles are not used. Military customs and courtesies are not followed. The lowest ranking Soldiers run the unit because everyone is scared of them.

The unit cannot perform its collective tasks and the Soldiers cannot do their jobs or warrior tasks. Soldiers cannot get the schools they need to advance their career. There is no battle-focused training. Simply put, training is not a priority for the leaders of the unit.

Micromanagement is at an all time high. Subordinate leaders cannot do their jobs because they do not have the tools, resources, or support from their leaders.

There is no professional development program in place to groom leaders. Counseling is not a priority. NCODP and OPD do not exist. People are expected to figure out everything on their own.

Soldiers dread coming to work. They live for the weekend and end of day. Soldiers are not recognized for their efforts and they do not feel important or appreciated.

The Army standards are not enforced at all. Or, they are only enforced with the lowest ranking people. When people mess up, it’s rarely put in writing. On the spot corrections rarely, if every happen. Even worse, leaders do not lead by example.

These are just a few things that come to mind about toxic Army units. These are the types of units I hope you never serve in. These are the worst units in the Army. They typically have retention problems. People serving in these units want to leave the unit or the military, just to get away from the leadership.

Fortunately for you, there are only a few reasons some Army leaders become toxic leaders. I will be the first to admit that MOST Army leaders do not fit this description.

The first type of toxic Army leader is the incompetent leader. They do not take pride in what they do and do not hold themselves to high standards. Most of these leaders are part of the no Solider left behind program where a prior leader did not do the proper counseling or mentorship with the person, so they moved up through the ranks and became someone else’s problem. Incompetent leaders are an embarrassment to everyone in the Army.

# 2: Scared to Enforce the Standards

This is the type of leader who is worried about what everyone thinks of them. They don’t want others to be upset with them. They want the lowest ranking Solider to the highest-ranking officer to be their best buddy.

Leaders do not need to be liked. Leadership isn’t and can’t be a popularity contest, although being liked is helpful. The problem occurs when leaders value being liked to such an extent that they make poor decisions.

However, leaders, to be effective, need to be respected, need to be seen as credible, and need to be seen as good role models, demonstrating honesty, personal commitment and other positive traits. But, because of the leader’s role in making decisions — sometimes hard decisions, being liked shouldn’t be seen as a higher priority.

History is replete with leaders who have not been personable or even well liked, yet are seen as effective, and even great leaders. The flip side is that the landscape of history is also littered with the figurative corpses of leaders who were liked personally, but ended up as ineffective leaders. ~ Leader Today

The leader with the “short-timer” attitude is one of the worst types of leaders. They know they are on their way out of the unit, or retiring, and they just stop caring. They know they will be out of the picture soon and they could care less what happens in the unit between now and then. 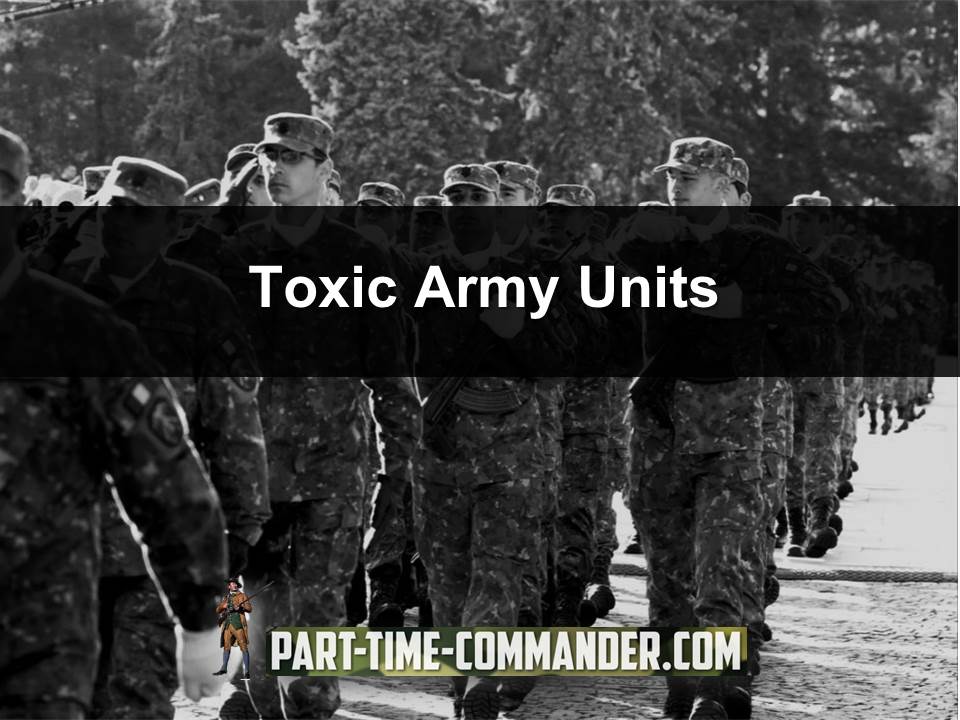 This is the one type of leader I hope you never have to work with. If your leader thinks everyone in their command (or authority) is there to serve them, you have a bad leader. If your leader only cares about themselves, and their own career, they are a toxic leader. To clarify, there is nothing wrong with having self-interests. We all do. It’s just that good leaders keep the health and welfare of their team above that of their own.

My Suggestions for You

First and foremost, you CAN make a difference. Whether you are a young Corporal leading a fire team or a 4-Star General leading a huge organization, you can positively impact your unit.

You have absolutely ZERO control over what your boss or higher headquarters does, but you have complete control what happens in the unit that you lead. You can make a difference.

You can become an exceptional leader for the people YOU lead. You can make sure they get the discipline, mentorship, and training they need to succeed.

If every leader in the Army just did that (improve their own unit), the Army could experience an overnight transformation. Starting today, focus on becoming the best leader possible. Work on your skills, ethos and attitude. It will make a difference.

In conclusion, these are my thoughts on toxic Army leadership. Although I don’t believe this is a BIG problem in the Army, I know it exists. Overall, the Army does a great job developing leaders. However, even one toxic leader or toxic unit can have an overall negative impact on the Army.

I hope you will take the advice in this article to heart and become the best leader possible. What are your thoughts about toxic Army leadership and toxic Army units? Leave a comment below to let me know what you think. I look forward to hearing from you. Hooah!