I have watched in recent years how some individuals and groups have tried to make certain aspects of the Civil War disappear. While I understand that the remembrance of slavery can be heartbreaking, we will never make history go away; we must learn and grow from history.

Robert E. Lee was the Commander over the Confederacy Forces during the Civil War. Yes, they were fighting to keep slavery, but there were also many other issues that were involved. While I don’t agree with the majority of stances the Confederacy was fighting for, I do commend each and every officer and Soldier who fought on the side of the Grey. They stood for what they believed in, and that in itself deserves respect. 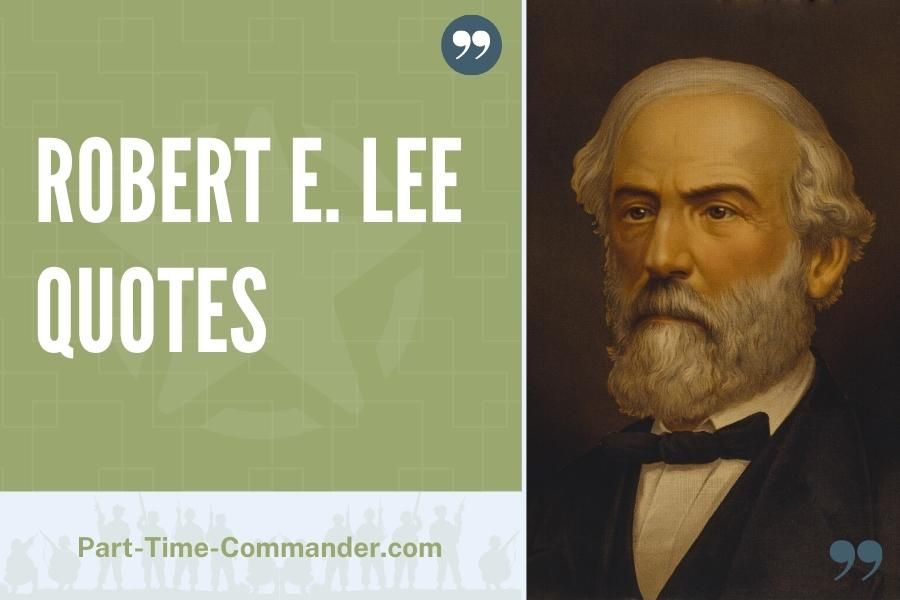 General Robert E. Lee was a talented, experienced, and wise officer. We can learn a lot from him. That is why I am writing a post to share the top 15 Robert E. Lee quotes. I will give the quote, and then share my take from it. Feel free to tell me your thoughts by leaving a comment at the end of this post.

# 1: True patriotism sometimes requires of men to act exactly contrary, at one period, to that which it does at another, and the motive which impels them the desire to do right is precisely the same.

We, as true citizens who want the best for our country, sometimes have to use extreme measures to gain what we believe is right for our country. This could mean protesting to the extent of being jailed, questioning government officials, even taking up arms if necessary. Our country was built on the system of people going against those who tried to control us. There is a time and a place for everything.

# 2: The education of a man or woman is never completed until they die.

I have been told that if we do not learn something new each day, it was a wasted day. After graduating high school or college, your real education begins. Seek knowledge. Seek growth. Strive to learn daily and become the best version of yourself possible.

# 3: I cannot trust a man to control others who cannot control himself.

This quote speaks for itself, and it is a great line to use when disciplining a subordinate. It’s impossible to lead others if you can’t lead yourself. It’s also unrealistic to expect your followers to do things you won’t do yourself.

# 4: I can only say that I am nothing but a poor sinner, trusting in Christ alone for salvation.

General Robert E. Lee was a man of great faith in God. I am also in the same mindset…a sinner who can only rely in Christ.

# 5: It is well that war is so terrible, or we should grow too fond of it.

It is difficult imagining anyone being fond of war, but there are actually people who are so. Most of those people have not watched their friends and fellow Soldiers die next to them. This was a very wise quote by General Lee. War is sometimes necessary, but it is always bad.

# 6: So far from engaging in a war to perpetuate slavery, I am rejoiced that slavery is abolished. I believe it will be great for the interests of the South. So fully am I satisfied of this, as regards Virginia especially, that I would cheerfully have lost all I have lost by the war, and have suffered all I have suffered, to have this object attained.

This shows that slavery was not the primary objective of General Robert E. Lee.

# 7: Obedience to lawful authority is the foundation of manly character.

True men obey the authority over them. They may try to change laws, but they will obey the laws until so. They are willing to submit themselves to a higher authority or person.

# 8: The trite saying that honesty is the best policy has met with the just criticism that honesty is not policy. The real honest man is honest from conviction of what is right, not from policy. 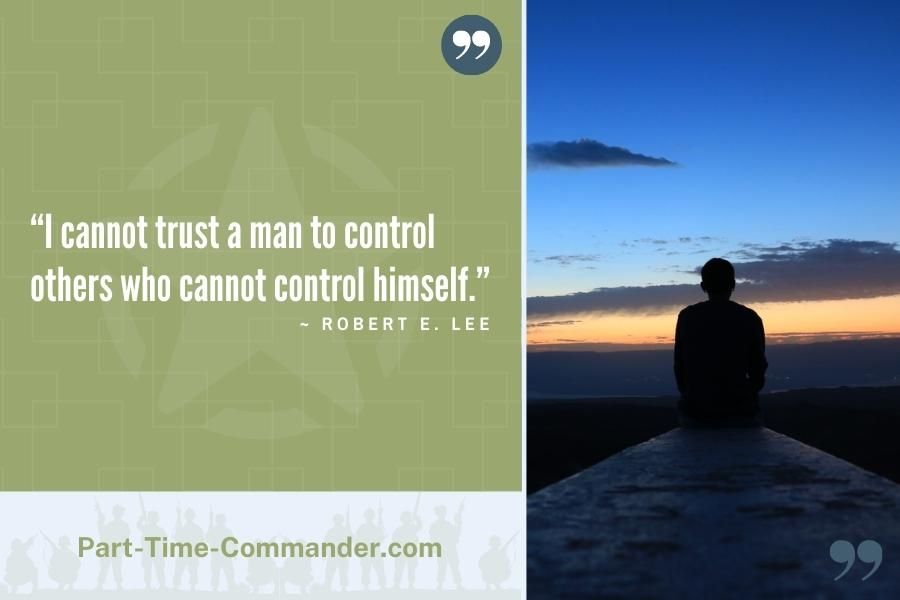 I often say honesty is a natural substance, not a learned one.

# 9: We made a great mistake in the beginning of our struggle, and I fear, in spite of all we can do, it will prove to be a fatal mistake. We appointed all our worst generals to command our armies, and all our best generals to edit the newspapers.

This is one of the chief problems that have been in the American military and even in business. Some people are put into incompetent positions. A great book that explains this is called The Peter Principle.

# 10: There is a true glory and a true honor: the glory of duty done–the honor of the integrity of principle.

If we do our duty, and follow our moral convictions, no matter the outcome, we are victorious.

# 11: Never do anything wrong to make a friend or keep one

True friends will never require that you break your moral codes to please them. They were never a friend if they do so.

Some men can have one drink and walk away, but others love the stuff so much, it is best just to not drink it at all.

# 13: There is no more dangerous experiment than that of undertaking to be one thing before a man’s face and another behind his back.

Trying to be something or someone you are not will come back to bite you. It is much better to just be who you are, and let the cards fall where they will.

# 14: All motion is relative. Perhaps it is you who have moved away-by standing still.

It is much better to do and fail than to do nothing and succeed at doing nothing. This is one of my most favorite Robert E. Lee quotes. 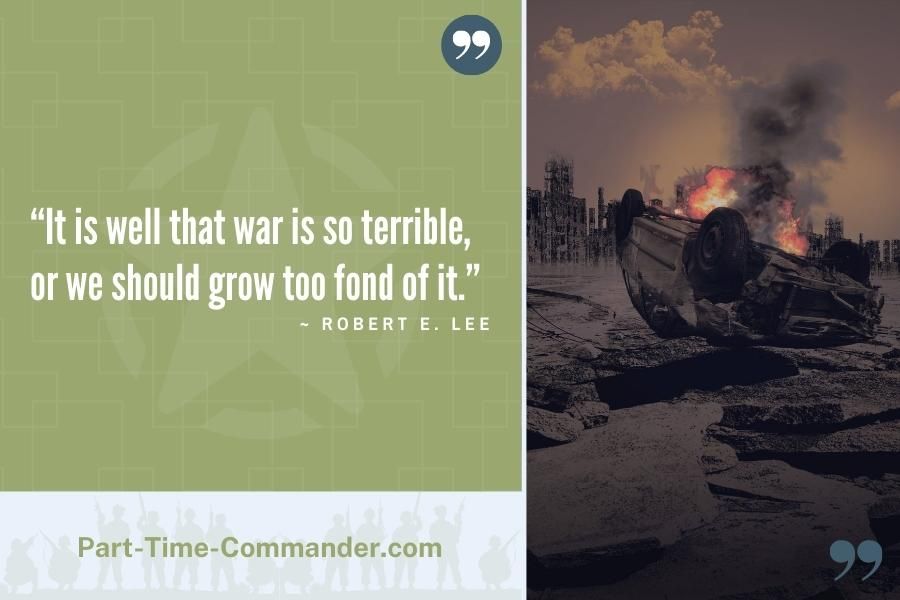 # 15: The gentleman does not needlessly and unnecessarily remind an offender of a wrong he may have committed against him. He can not only forgive; he can forget; and he strives for that nobleness of self and mildness of character which imparts sufficient strength to let the past be put the past.

There will always be people who do us wrong in some way or another. We can either hold a grudge and harm ourselves, or we can forgive and move forward. The best leaders understand that forgiving is the best way.

So, what do you think of my choice of the top 15 Robert E. Lee quotes? If you have other ones you think should be on this list, feel free to post them below. If you have any other comments or questions, you can post them in the comment area too. Thank you.