As it says on the Seal of the United States Army National Guard… Always Ready, Always There.

You can bet the Florida National Guard abides by those words. At any given time, Congress or the President of the United States can have these troops mobilized to fight in defense of the great United States of America. But that’s not all…

If an extreme emergency of any kind happens in Florida, the National Guard can be mobilized by the Governor of Florida. So these men and women carry important responsibilities for the nation as a whole and for the State of Florida.

Just as the Department of Defense has military bases located all over the world, the Florida National Guard has bases located in dispersed locations around the State so troops can be deployed immediately if need for them arises. 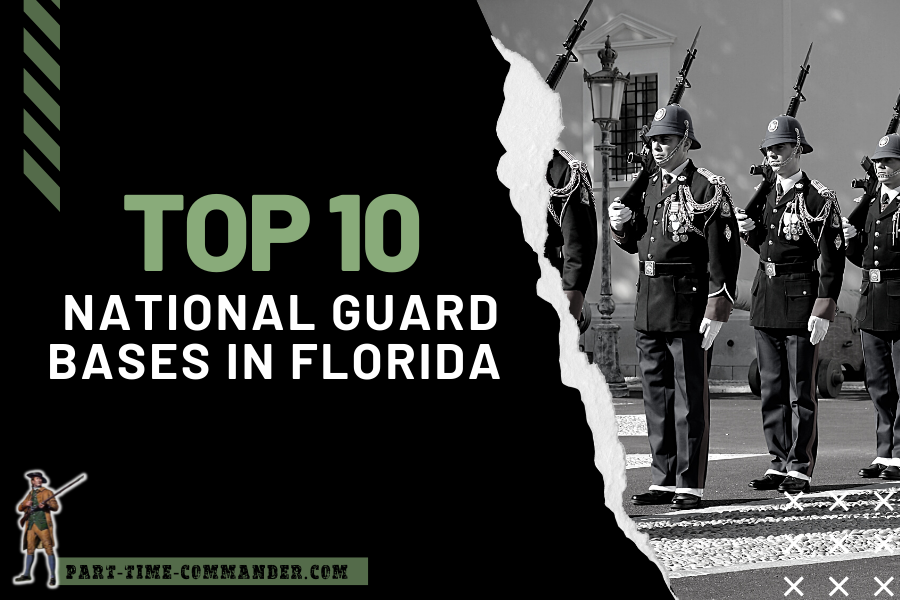 Located at 8385 Daetwyler Dr in Orlando, this is the headquarters of the 2nd Battalion, 124th Infantry Regiment. Some of these soldiers were the 1st to invade Iraq in the Global War on Terrorism. The 124th has participated in many engagements that include:

This armory is located at 5001 Flamingo Rd in Miramar in Southern Florida. It is headquarters to 1st Battalion, 124th Infantry and from my understanding, a National Guard training center is being built in Miramar.

The 1st Battalion was awarded a Valorous Unit Award for work at Al Anbar Province in 2003.

A suburb of Tampa Bay, the Brooksville armory is located at 16386 Spring Hill Dr. This is home for Company B, 1st Battalion, 171st Aviation Regiment and operates their air vehicles from the Brooksville – Tampa Bay Regional Airport.

The 171st was allotted to the Florida and Georgia National Guard.

This armory in this small town in Florida is located at 8551 W Venable St in Crystal River, otherwise known as home of the Manatee.

From the reviews, many feel this is a great National Guard base and enjoyed their time while stationed there.

Located at 308 N Fiske Blvd in Cocoa, this armory is home to Company B, 1st Battalion, 124th Infantry Regiment.

It is home to Company A, 753rd Brigade Engineer Battalion and located at 490 NW Lake Jeffery Rd in Lake City.

Again, this armory gets high reviews.

A well kept National Guard armory that is often used for local functions, it is located at 2500 US-27 just outside Avon Park.

I have trouble finding what units are stationed at some of these Armories. If you happen to know, feel free to leave a comment.

It is at 14300 Fang Dr in Jacksonville and home to the 125th Fighter Wing of the Florida Air National Guard.

These personnel have helped in ocean rescues and hurricane recovery.

It is probably one of the oldest cities in North America and this is where the Florida National Guard headquarters are.

Located at 190 San Marco Ave in St Augustine, you can bet that anything related to the Florida National Guard goes through here.

There you have the top 10 National Guard bases in Florida. Have you been at any of these? Leave your questions and comments below.