You can do a search and find World War 2 battle lists. It seems that you will never find a list with the same order, and the majority of time, completely different battles.

Just consider the fact that World War 2 was going on globally and lasted for 6+ years. During those years, there were many battles.

World War II was by far the deadliest conflict in human history; it resulted in 70 to 85 million fatalities, mostly among civilians. Tens of millions died due to genocides (including the Holocaust), starvation, massacres, and disease. In the wake of the Axis defeat, Germany and Japan were occupied, and war crimes tribunals were conducted against German and Japanese leaders. ~ Wikipedia 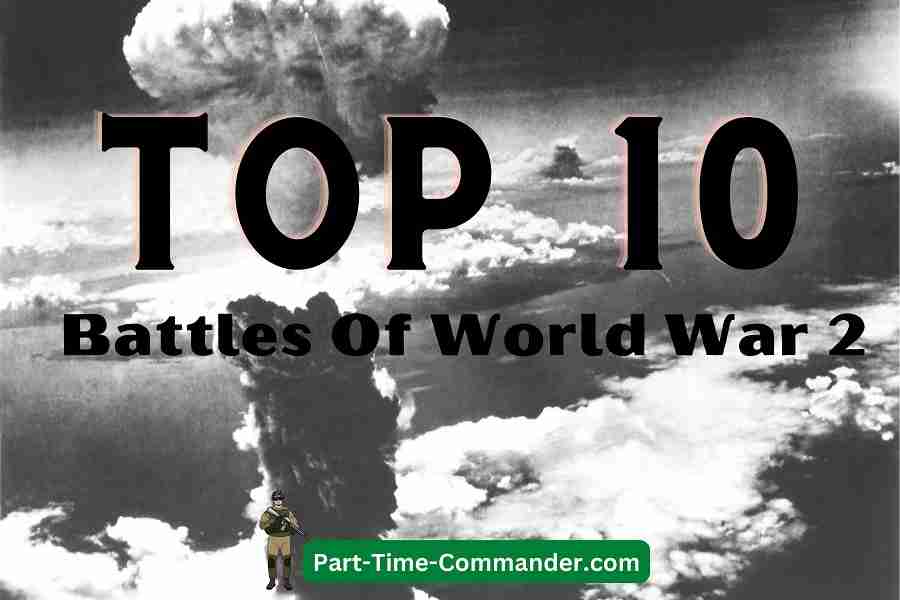 In today’s post, I am not just going for the bloodiest, longest, shortest, etc… The top 10 battles of World War 2. I am looking at all the stats as well as the outcome and what the battle meant to the overall war in general.

It was ultra important that the United States gained control back of the Philippines from the Japanese Empire. On January 9th, 1945, the U.S. made amphibious landings on the Northern side of Luzon.

The fighting was fierce and there were many killed on both sides.

U.S. forces along with their Philippine allies took some time to capture Luzon but they did. But pockets of Japanese fighters held out around the island until the Japanese surrendered.

It was approximately 6 months after the Japanese devastated Pearl Harbor. Their plan was to annihilate the United States Navy and the place would be the Midway Atoll.

It was Navy against Navy and the Japanese knew the Americans considered Midway and important refueling location for submarines.

What the Japanese did not know was the great U.S. method of realizing their strategy. The United States Navy was ready and when the attack came, the Navy foiled their plan and sank many of their ships and destroyed over 200 aircraft.

This battle that lasted from June 4th to the 7th, 1942 decimated the Japanese Navy and they had trouble recovering.

Many say it was this battle that was the final straw for the Germans. Taking place primarily in Belgium in the Ardennes forest, as well as France and Luxembourg, from mid December 1944 to late January 1945, the allies of the United States, Great Britain, France, Belgium, Canada and Luxembourg foiled the German offensive but many lives were lost.

This victory gave way for the allied forces to break the Siegfried Line.

The death count was huge and Germany took control of much of France early in the 2nd World War.

While the Germans lost many tanks and equipment, they defeated the French as well as Belgian forces.

Many movies and books have been written about this battle… D-Day is the day allied forces stormed the beaches of Normandy.

From June 6th, 1944 to mid July, allied forces battled the Nazis with many lives lost. Estimates show the allies lost more than the Germans but ultimately, forced the Germans to retreat.

It is a Battle… and Invasion that will never be forgotten.

It was in the Ukraine. The Soviet Army had pushed the Germans out of Moscow and Joseph Stalin had plans to completely destroy the Germans.

On May 12th 1942, the Soviet powers went on the offensive. But the Germans came back with air power that Stalin had not predicted.

The Germans pounded the Red Army and on May 28th, the Soviets admitted they were defeated in this battle with over 250,000 casualties compared to 20,000 German casualties. 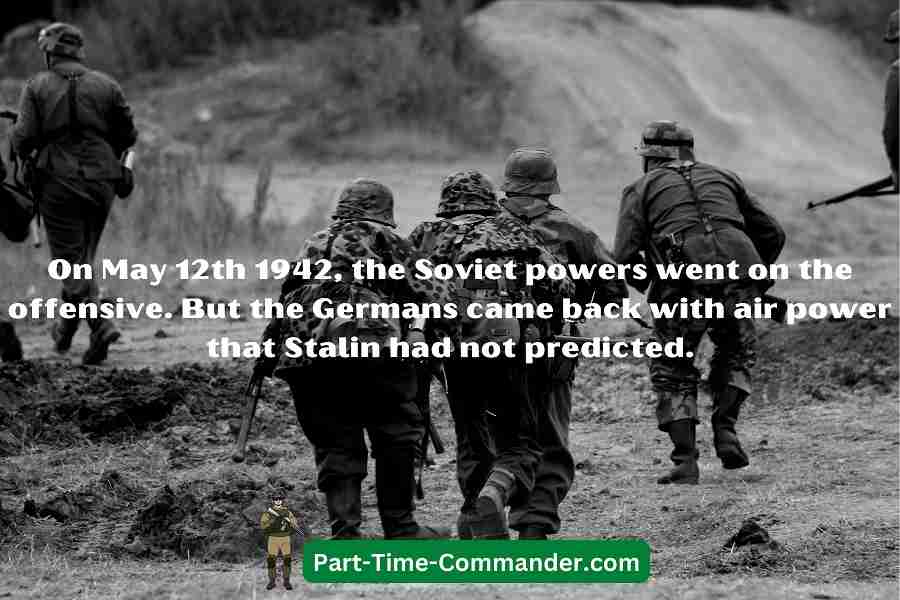 Kursk is a city in Russian territory and the Germans began a major offensive on July 5th, 1943. But they just could not hold up against the Russians who turned the table and became the offense.

While the Soviets had a higher casualty count, they gained a lot of ground back that the Germans had captured at the end of this battle on August 23rd.

This was a long Battle that had many casualties.

The Germans wanted to capture Moscow which would have given them a huge advantage over the Soviets. The Soviets would not have it.

From early October 1941 thru January 7th, 1942, blood spilled everywhere in and around Moscow, Russia. But in the end, the Russians held the city and the Germans were forced to retreat.

This was the Battle that essentially ended World War 2. And many people assume that the United States was there.

To set the record straight, it was the Soviet Army against the Germans and it went from mid April to May 2nd 1945.

Hitler committed suicide and other Nazi officers were killed. Berlin was surrendered and Nazi Germany gave up.

Considered the bloodiest battle of all time in war, the Battle of Stalingrad went from August 23rd 1942 to February 2nd 1943.

It was fierce fighting and Hitler would not allow any of his forces to retreat.

In the end, the Soviets held out and destroyed many German fighters but with a heavy cost to their own forces and civilians.

That is my opinion of the top 10 battles of World War 2.

Feel free to voice your opinion in the comment section below. And also, tell us if you had any family in any of these battles. We would love to hear the story, so tell it.

Thank you for visiting.