Many thought that World War 1 would be the end of the world as they knew it. In some ways, that was true but only approximately 30 years later, another World War started.

World War I or the First World War, often abbreviated as WWI or WW1, and referred to by some Anglophone authors as the “Great War” or “War to End All Wars”, was a global conflict which lasted from 1914 to 1918, and is considered one of the deadliest conflicts in history. Belligerents included much of Europe, the Russian Empire, the United States, and the Ottoman Empire, with fighting occurring throughout Europe, the Middle East, Africa, the Pacific, and parts of Asia. An estimated 9 million soldiers were killed in combat, plus another 23 million wounded, while 5 million civilians died as a result of military action, hunger, and disease. Millions more died in genocides within the Ottoman Empire and the 1918 influenza pandemic, which was exacerbated by the movement of combatants during the war. ~ Wikipedia

From all the research I have done, I greatly wonder how many could have handled the type of war World War 1 was.

Some rate by the number of deaths, but I don’t feel that is a proper measurement. After all, some battles lasted for months while some only a few days. We have to measure many other attributes that includes deaths, injuries, weather conditions, gained ground and a whole lot more.

Keep in mind that my list is subjective. You may have a different opinion and that is cool. Feel free to share it in the comments area at the end. 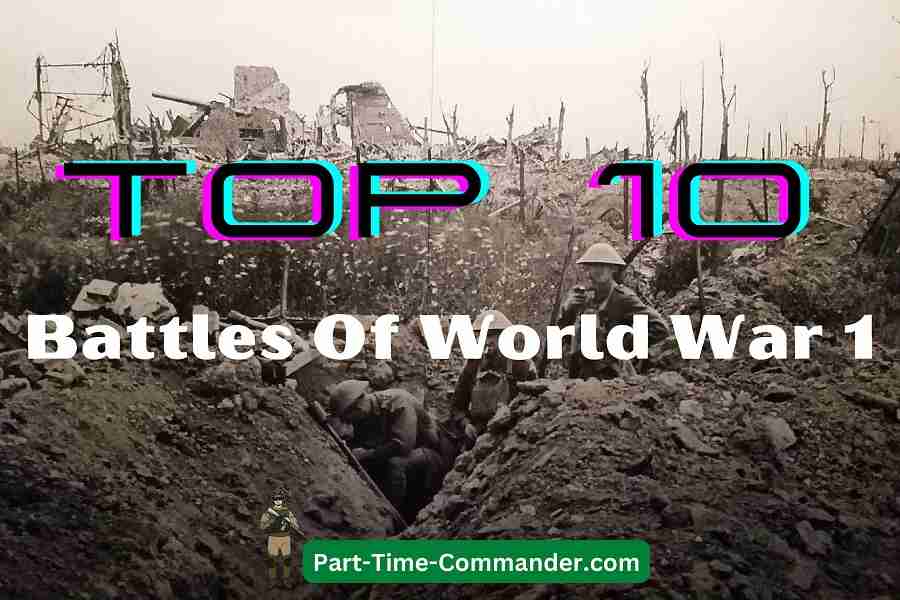 This was a major Russian victory against Germany, Austria/Hungary and the Ottoman Empire.

Named after Russian General Aleksei Brusilov who took the offensive in present day Ukraine. This battle was from June 4th to September 20th, 1916.

This battle took place near the French city of Arras. It lasted from April 9th to May 16th, 1917. It was the British Empire with her allies in trench warfare against the German Empire.

While there was no determined winner in this battle, British forces showed a great advance and it built their attitude that they could defeat the German war machine.

There were many casualties on both sides.

While this was not just 1 Battle but a series of skirmishes, all allied force joined in on an offensive that left the Germans in complete disarray.

As a matter of fact, it was the Hundred Days Offensive that ended the First World War. It lasted from August 8th to November 11th, 1918.

This battle took place near modern day Olsztyn, Poland from the 26th to the 30th of August, 1914.

It was a wipe out… The Germans destroyed the Russian 2nd Army and in doing so, the Russian Commander, Alexander Samsonov committed suicide.

From March 21st to July 18th, 1918, the Germans launched a huge offensive on the Western front.

They knew that the Americans were shipping major arms to the war and wanted to destroy the allies before they arrived.

Yes, the Germans made major strides forward, but in doing so, they depleted many of their soldiers and supplies. Because of this, no one actually was declared a victor and many men died during this offensive.

It was the British Empire against the Ottoman Empire (modern day Turkey).

This was also a lot of small battles and skirmishes that took place on the Gallipoli peninsula. These took place from February 17th, 1915 to January 9th, 1916.

In the end, the Ottoman Empire stood victorious and that is one of the main reasons Turkey has the power it has now in the world.

There were over 500,000 casualties in this campaign.

This was a blood bath on both sides and the Germans admitted afterward that this battle nearly destroyed their going on in the War. It all happened near Passendale, Belgium with the Brits, Belgians and French against the German Empire.

It is believed there were over 500,000 casualties between both sides.

This battle took place in Northern France and was the French against the Germans. As a matter of fact, this is the longest battle between only these 2.

From February 21st to December 18th, 1916, the French held their ground and achieved victory but with outrageous death rates on both sides. 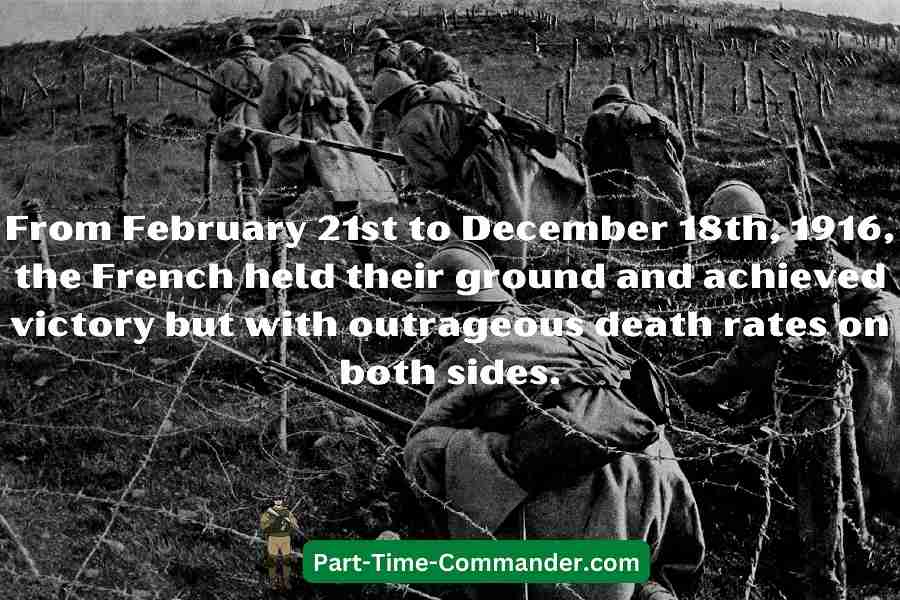 #2: First Battle Of The Marne

Probably the first major battle of World War 1, the Germans invaded France and met the French and British troops near the Marne River East of Paris.

From September 6th to the 12th, the allied troops made it clear to the Germans they would advance no further.

The German Commander supposedly reported to Kaiser Wilhelm that they had lost the war.

When you see depictions of the trench warfare used in World War 1, this is usually the Battle that is depicted. It is also the first battle that tanks were used.

It took place near the Somme River in France with the Germans against France, England and other allies but the United States had not yet entered.

In the end of this battle, no side could declare a victory… Just Death.

World War I saw unprecedented levels of carnage and destruction. By the time the war was over and the Allied Powers claimed victory, more than 16 million people—soldiers and civilians alike—were dead. ~ History

There you have the top 10 battles of World War 1.

We hope and pray we never see another war to this magnitude.

Thank you for visiting.