In today’s post, I’m going to share what I believe are the top 10 African American Army Generals of all time.

At one time, it was quite difficult for African Americans in the United States Army to get promoted, especially in the officer ranks. But times did change and the understanding that great leaders do not just come with white skin was evident.

Since the first, many African Americans have achieved the rank of General in the United States Army. It is not an easy task to identify and then rank these General Officers, but I’m going to give it my best shot.

You may not agree with my order and that is perfectly fine. I am using many variables in deciding this order, such as: 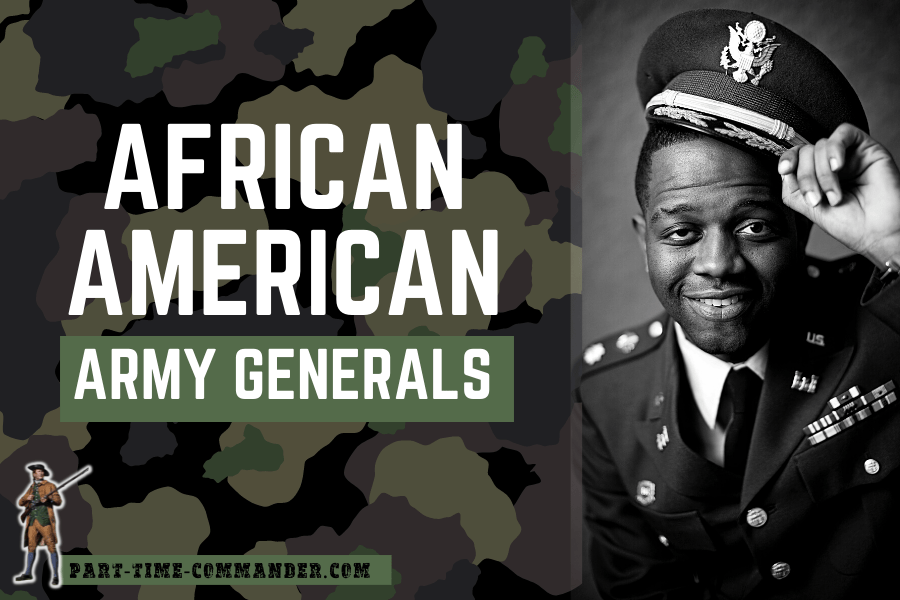 I will start at #10 and work up to the #1 African American General of all time. Feel free to leave your opinions at the end of this post.

U.S. Army Lieutenant General Thomas P. Bostick was born on September 23, 1956 in Fukuoka, Japan. Bostick was raised in a family with a strong military background. His father was a retired U.S. Army Master Sergeant; his father-in-law, a U.S. Marine Corps Sergeant Major; and his brother, a U.S. Army Colonel. Bostick graduated with his B.S. degree from the U.S. Military Academy at West Point in 1978. He received his M.S. degree in civil engineering and his M.S. degree in mechanical engineering from Stanford University in 1985. Bostick’s military education includes the U.S. Army Engineer School, the U.S. Army Command and General Staff College, and the U.S. Army War College. ~ The History Makers

Major General Anderson has the distinction of being the first African American female to reach Major General. She served in the U.S. Army from 1976 to 2016. She graduated from Creighton University in Omaha, Nebraska in 1979. That is where she signed up for Reserve Officers Training Corps.

During her 37-year military career, Anderson was committed to improving diversity and equality in the Armed Forces, along the way earning military awards and decorations including the Legion of Merit, Meritorious Service Medal, Army Commendation Medal, Army Achievement Medal, Parachutist Badge and Physical Fitness Badge. In 2011, she became the first African American woman to achieve the rank of Major General in the U.S. Army. ~ Madison365.com

The year was 1958 and Fred Gorden was notified that he had been accepted as a cadet in the United States Military Academy. He would be the only African American cadet in that class.

General Gorden served 34-years in the United States Army. He spent two tours in Vietnam. Most notably, General Gorden was Commandant of Cadets at West Point in the late 1980’s.

Following his assignment as Commandant, General Gorden assumed command of the 25th Infantry Division (Light) at Schofield Barracks, Hawaii as a Major General. From 1993-1995, he served as Commander, Army Military District of Washington, DC. During this time, he escorted the family of President Richard Nixon during his funeral. He also escorted the family of General Benjamin O. Davis during his promotion to Four-Star General. General Gorden retired from the Army in 1996 as a Major General after 34 years of military service that involved military and social change and healing. ~ US Legacy Art

She was an inspiration and mentor to many female Army nurses.

During her tenure as senior leader of the Corps, Johnson’s accomplishments were diverse and noteworthy. She fostered the opening of access to academic scholarships for Reserve Officer Training Corps (ROTC) nursing students and established a clinical nursing summer camp for ROTC cadets. She published the first Standards of Practice for the Army Nurse Corps. She encouraged further development and implementation of quality assurance measures in treatment facilities. She arranged the first Phyllis Verhonick Nursing Research Symposium and encouraged Army nurses to implement research, write, and publish their findings. She generated the initial blueprint for the first Strategic Planning Conference that vested representatives of the rank and file of Army nurses with shared responsibility for planning the immediate future of the Corps. She promoted the movement to replace Army Nurse Corps-based specialty courses with graduate education in civilian academic institutions. She laid the foundation for expanded involvement of Reserve and National Guard nurses in top management positions. Johnson retired from the Army Nurse Corps in 1983. However, she remained enormously active on nursing’s national stage. ~ AWFDN.org

General Austin served in the U.S. Army from 1975 to 2016. He graduated from the United States Military Academy in 1975 and went on to gain more education from Auburn and Webster Universities. He has held a wide range of commands:

Austin was also 33rd Vice Chief of Staff of the Army.

Austin was the 33rd vice chief of staff of the Army from January 2012 to March 2013, and the last commanding general of United States Forces – Iraq Operation New Dawn, which ended in December 2011. In 2013, Austin was appointed as the first black commander of CENTCOM by President Barack Obama. He retired from the armed services in 2016 and joined the boards of Raytheon Technologies, Nucor, Tenet Healthcare, and Auburn University. On December 7, 2020, he was nominated for defense secretary by then-President-elect Joe Biden. He was confirmed by the United States Senate on January 22, 2021, by a vote of 93–2. ~ Wikipedia

General West began serving in 1982 and still does. As a matter of fact, General West became the 44th U.S. Army Surgeon General and Commanding General of the U.S. Army Medical Command. General West obtained a Bachelor’s degree in Engineering from the United States Military Academy at West Point, and a Doctorate of Medicine from George Washington University School of Medicine in 1988.

General Brooks graduated from West Point in 1980 and entered the U.S. Army as an officer. He was at one point the Commander of U.S. forces in Korea.

General Brooks has held various commands to include:

General Brooks has commanded forces in peacekeeping operations and armistice enforcement in Kosovo and Korea, respectively prior to becoming a general; and in combat on four different tours in Iraq, the Middle East and Central Asia, all as a general. Brooks served at the national-level in the Pentagon as aide-de-camp to the Vice Chief of Staff of the Army and, later, as the U.S. Army’s Chief of Public Affairs. He also served on The Joint Staff as Deputy Director for Political-Military Affairs for the Western Hemisphere, and later as the Deputy Director for the War on Terrorism. On July 2, 2013, he was appointed by President Obama to command the U.S. Army Pacific. ~ The History Makers

General Robinson has the distinction of being the first African American to reach 4 star General status. General Robinson served for 34-years in the U.S. Army. He was involved in both the Korean and Vietnam Wars. He commanded the 82nd Airborne Division and had served at the National War College for several years.

Roscoe Robinson Jr., the first African American four-star general in the U.S. Army, was born in St. Louis, Missouri in 1928. He received a bachelor’s in military engineering from The United States Military Academy (West Point) in 1951 and later attended the U.S. Army Command and General Staff College. He also received a master’s in international affairs from the University of Pittsburgh (Pennsylvania) in 1964. ~ BlackPast.org 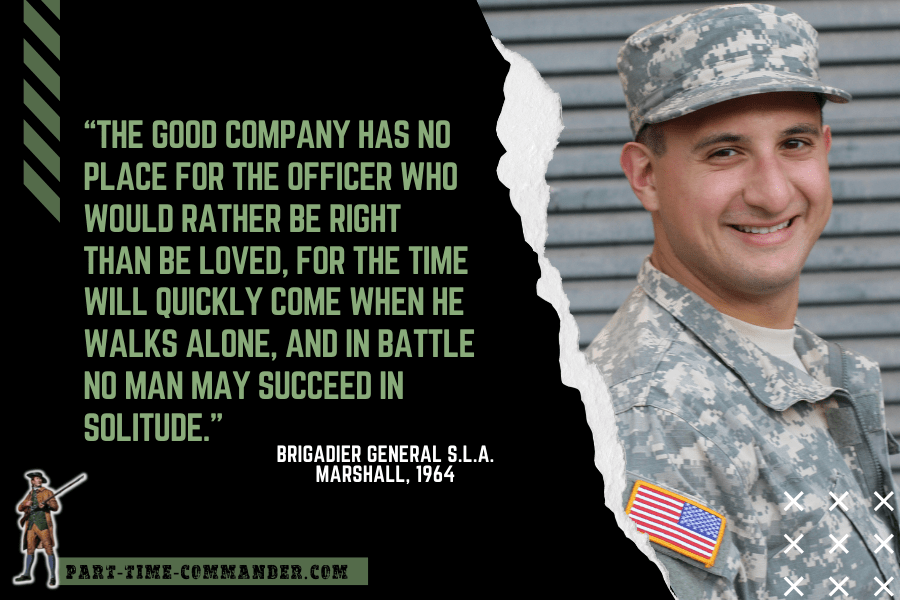 General Davis is the first African American to attain the rank of General. He did so in 1940 during World War II. He held these commands:

According to historian Russell Weigley, his career is significant not for his personal accomplishments, because he was only allowed a limited range of responsibilities, but as an indicator of a small forward movement for African Americans in the United States Army in the World War II era. The New Deal era of Franklin D Roosevelt was favorable toward African Americans, and in 1940 he appointed Davis as the first Black general. During World War II, Davis held troubleshooting staff assignments designed to assist the expanded role of African Americans, albeit in segregated units. ~ Wikipedia

Not only was this man a General in the U.S. Army, he became the 65th Secretary of State under President George W. Bush. General Powell served in the Army from 1958-1993. He was involved in Vietnam, the Invasion of Panama and the Gulf War. General Powell held these commands:

I had to give General Powell his spot in first on my list of top 10 African American Army Generals because of his many accomplishments, both in the military and in life after the military.

Leadership is solving problems. The day soldiers stop bringing you their problems is the day you have stopped leading them. They have either lost confidence that you can help or concluded you do not care. Either case is a failure of leadership. ~ General Colin Powell

In conclusion, these are the top 10 African American Army Generals of all time, as I see it. It’s nice to see the Army is doing a better job with diversity, and giving anyone, regardless of their skin color, the opportunity to be promoted based upon their merits, achievements, and potential.

What are your thoughts? Who did I leave off the list of the top 10 African American Army Generals that I should have included? Leave a comment below to let me know what you think. I look forward to hearing from you. Here are two of my favorite books by GENERALS in this article. It Worked for Me by Colin Powell or Winning After Losing by General Bostick.