In today’s post, I’m going to share what I believe are the top 10 U.S. Military Prisons, Brigs, and Jails.

Some readers might not know this, but the military has its own prison system. Hopefully you never have, or never will get to experience what it is (or was) like in any of these military prisons.

Located approximately 10 miles from downtown San Diego, California, this prison is operated by the U.S. Navy and is on Marine Corps Air Station Miramar.

This is the Pacific confinement facility for the Department of Defense. It houses Navy male prisoners serving up to 10-years and female prisoners from all services. This prison was built in 1989 and the majority of military females who are serving time are sent here.

The mission of Naval Consolidated Brig Miramar is to ensure the security, good order, discipline and safety of adjudged and pretrial prisoners; to retrain and restore the maximum number of personnel to honorable service; to prepare prisoners for return to civilian life as productive citizens; and when directed by superior authority, detain enemy combatants in accordance with guidance from the President via the Secretary of Defense. ~ Navy.mil

Located in Hanahan, South Carolina and managed by the United States Navy, this prison houses medium security prisoners from all branches. The prison was established in 1989 and is well known for a great Violent Offender Treatment Program.

The Naval Consolidated Brig – Charleston is a level one confinement facility located in North Charleston, South Carolina. It has been open for male military prisoners who are pre-trial or post-trial serving up to one year. Up to 400 inmates can be housed at one time. The facility provides physical fitness, recreation, counseling, incentive programs, life skills and religious programming. The facility provides a variety of programs for inmates, and there are some regulations for family and friends who wish to communicate with or visit an inmate. ~ Inmate 101 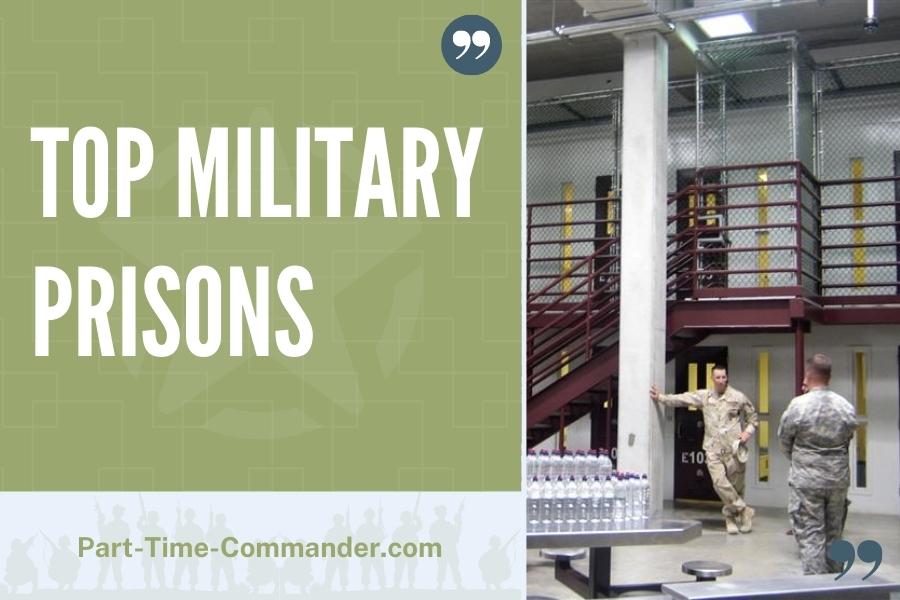 This prison was made active in 1957 and is operated by the United States Army. Being a joint operation, both Army and Navy personnel assist in operations. This facility in the State of Washington at Fort Lewis McChord houses prisoners from the Northwest and is focused on programs to assist military personnel to adjust back to civilian life once released.

The Northwestern Joint Regional Correctional Facility provides custody/control, education and vocational opportunities as well as behavioral mental health programs of prisoners in an effort to assist their transition back into the civilian community or return to duty. On order, prepare individual soldiers to deploy and conduct full-spectrum operations. ~ Wikipedia

It is the newest of military prisons built in 2010. This Army run joint prison facility holds pre-trial prisoners and those convicted for 5-years or less. It is considered a minimum/medium prison. It is within the boundaries of Fort Leavenworth, Kansas.

The Midwest Joint Regional Correctional Facility, or JRCF, is the newest Department of Defense correctional facility. It is a state-of-the-art, 464-bed, medium/minimum custody facility with a 48-bed special housing unit built to comply with American Correctional Association Standards. It officially opened on Oct. 1, 2010 and received its first military prisoners four days later. ~ Army.mil

Located at Castle Williams on Governors Island in New York Harbor, this prison was the East Coast Leavenworth prison in days past. It was first used to house Confederate prisoners and after the Civil War it was used as a low-security prison. In 1915 after reconstruction, it became a secure East coast military prison. The prison closed in 1965.

Castle Williams is a circular fortification of red sandstone on the northwest point of Governors Island, part of a system of forts designed and constructed in the early 19th century to protect New York City from naval attack. It is a prominent landmark in New York Harbor. Together with Fort Jay (Fort Columbus), it is managed by the National Park Service as part of Governors Island National Monument. ~ Military History

Located at Fort Missoula, Montana, this was a prison during and after World War II. So it was a prison only a short time but from what was said, it was one of the hardest military prisons ever established. Fort Missoula was closed, along with the prison in 1947.

The camp was used as a prison for military personnel accused of military crimes and other personnel awaiting court-martial following World War II.

It was harder than hard. From 1828 to 1933, Alcatraz Island was the site of the Pacific Branch military prison. After 1933, it became one of the worst Federal prisons ever made. Many do not know that Alcatraz was first a military prison. Now you know.

As a means to house any military personnel charged with crimes while overseas, they are housed at this prison now in Sembach, Germany. It was once a United States Air Force installation but with base realignment, it was taken over by the U.S. Army. Military personnel who have been charged and sentenced are usually scheduled for transfer back to a U.S. mainland military prison.

The USARCF-E staff primarily consists of Army soldiers assigned to the 18th Military Police Brigade. These soldiers are joined by several members of the Air Force and the Navy who serve as the liaisons for their respective service personnel incarcerated within the facility and also assist in the daily operations of the facility. The staff is rounded out by both Department of Army civilians and local national employees. ~ Wikipedia

This Mid-Atlantic joint prison operated by the United States Navy is considered a hard prison for those doing under 10-years. Just ask anyone who has been confined there. You won’t find much online about this joint prison because what happens in Chesapeake stays in Chesapeake Naval Consolidated Brig. It is a medium security military prison. It can hold approximately 400 prisoners. 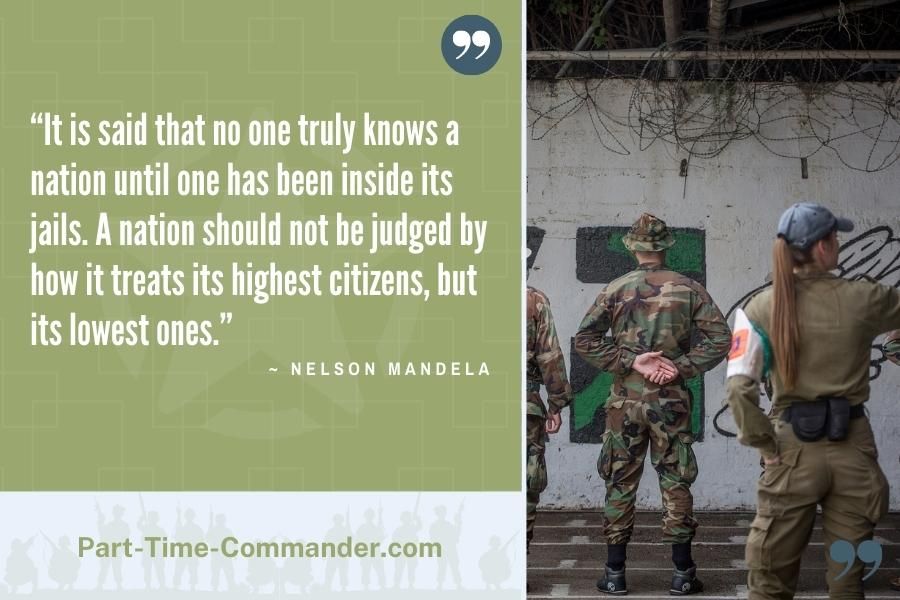 This is the hardest of all. It holds prisoners doing over 10-years and is at Fort Leavenworth, Kansas. This prison is operated by the United States Army and is not a place where anyone wants to go. This prison has been operating since 1875. It holds death row for military prisoners convicted of such.

In conclusion, these are the top military prisons, brigs, and jails, as I see it. What are your thoughts? Which prison or jail did I leave off this list? Leave a comment below to let me know what you think. I look forward to hearing from you.