I recently wrote an article about the top 10 Army bases in the U.S. I felt we should also have a post for the top Army bases in Europe.

While many bases have been shut down to help cut costs, there are some Army installations that must stay open in Europe.

I am using many factors in determining the top European Army bases. The amount of personnel, the number of commands and subordinate commands and reviews of those who have served on these Army bases.

As a “military brat” I understood what it was like to live overseas in a military family. It can make a huge difference how the base runs in how military personnel and their families feel about that particular location. Feel free to offer your comments and opinions about these, or any other military installations at the end of this post. 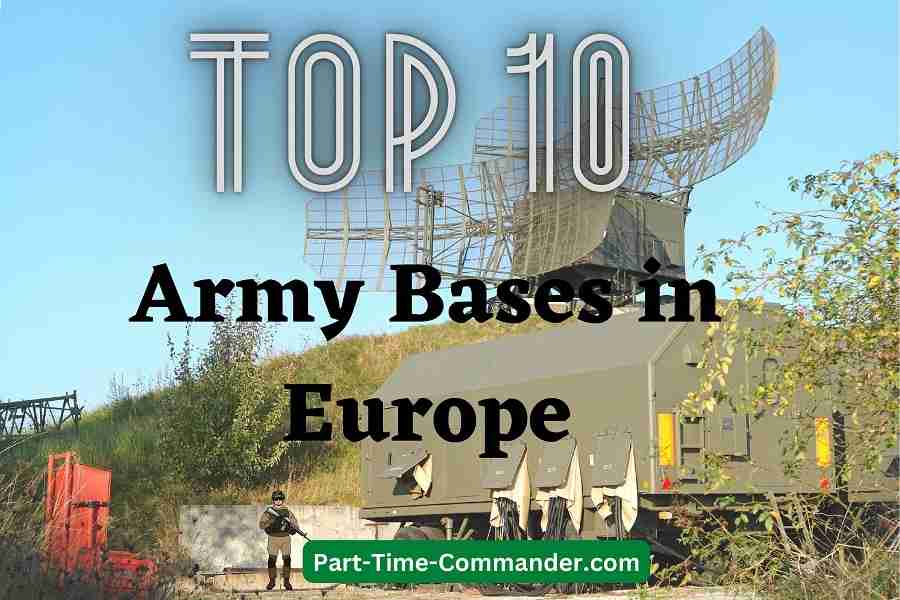 Now here is my opinion of the top 10 Army Bases in Europe:

This is a small Army base in the Netherlands. There is a good chance it may be up for closure, but from what I understand, Army personnel enjoy serving in this installation. USAG Schinnen is a subordinate of USAG Benelux. This base is just a 20 minute trip from Belgium and is hidden away in the province of Limburg, The Netherlands. Estimates show around 5,000 service members work at this location. Command of USAG Schinnen falls under the USAG Benelux Garrison Commander. The Deputy Garrison Manager is Ms Kimberly Wayland.

Netherlands, the base was never included in any major plans, whether you count the Afghanistan or Iraq invasions. At the same time, its main objective was to be a benchmark installation for USAG Benelux. On the other hand, USAG Benelux was more active, therefore the Schinnen base was indirectly part of the latest activities. At the same time, the area it is located in is known to be among the most peaceful places in the world, therefore the military activities are very low in intensity. ~ Military Bases

This Army Garrison in Germany is somewhat new after the closing of the Garrison in Heidelberg and Mannheim, and USAG Kaiserslautern was re designated USAG Rheinland-Pfalz. The main idea was taking systems that were not working, and consolidating them to make them work. The Garrison Commander is Colonel G. Shawn Wells Jr.

This wonderful installation near Pisa, Italy is under the Command of USAG Vicenza. From what I understand, Army service members dream of being sent to Camp Darby. It is home to several units that are ready at a moments notice for any situations in the European zone. The Deputy Garrison Manager is David Leinberger.

The Garrison at Hohenfels, Germany is under the Command of USAG Bavaria in Grafenwoehr. This smaller installation helps sustain the many units in Bavaria. I have heard many soldiers voice great pleasure upon being stationed at USAG Hohenfels. The Deputy Garrison Manager at USAG Hohenfels is Michel Haney. Life at USAG Hohenfels will allow you to learn the German culture in depth.

This Garrison in Ansbach, Germany is home of the 12th Combat Aviation Brigade. Ansbach has a long history and the people are quite friendly with Army Installation personnel. The Commander at USAG Ansbach is Colonel Christopher Benson. 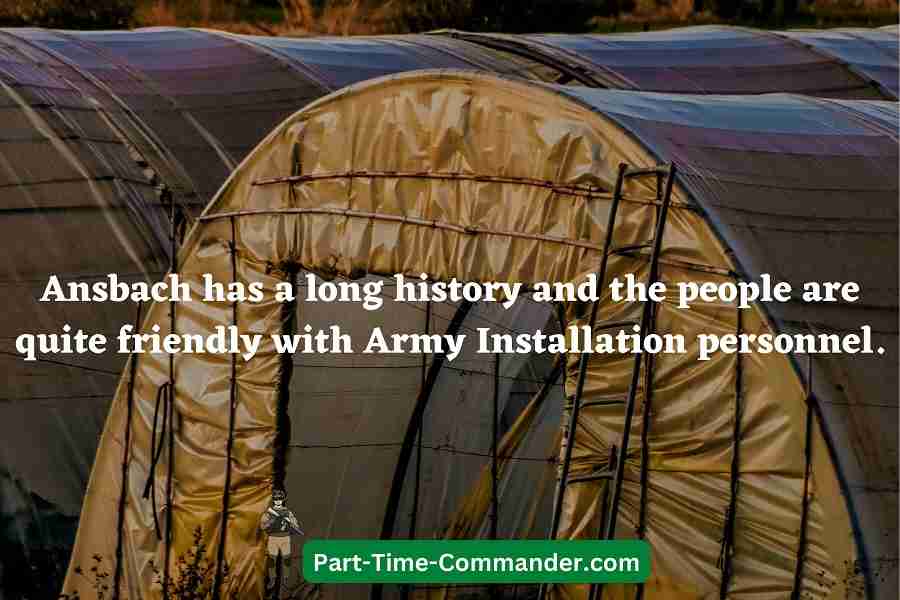 This Army Garrison in the heart of Italy is home to:

This Base has been a prime location in the battle against ISIS, and it is an important part of the Army’s presence in Europe. The Garrison Commander of USAG Vicenza is Colonel Steven Marks.

USAG Vicenza is a diverse, rapidly expanding base with a multitude of important missions. The USAG Vicenza’s primary mission is to provide base support operations and installation management services for our Soldiers, their Families, and Civilian employees. ~ Denix

This large installation in Grafenwoehr, Germany is home to:

This base has many soldiers and their families living in comfort, and they are based to be able to defend United States and her ally’s interests at any moment they need them. The Garrison Commander is Colonel Mark Colbrook.

This large Army installation in Wiesbaden, Germany is home for many United States Army soldiers, officers and their families. It is also home to the 5th Signal Command. The Command at Wiesbaden also has several subordinate Garrisons including:

The Commander of USAG Wiesbaden is Colonel Mary Martin.

The Army Garrison at Stuttgart is a huge importance to the Army management of forces all throughout Europe. Units that call USAG Stuttgart home include:

I rate this Belgian Army installation as #1. Maybe part of it is because my family is originally from Belgium. The USAG Benelux has multiple subordinate Commands that include USAG Brussels, USAG Chievres and USAG Schinnen. USAG Benelux is home of the NATO SHAPE Support Group. The mission of USAG Benelux is: To provide Base Operations to joint military, civilians and their families, to include inter-agency community members with a quality of life equal to the quality of their service. The Garrison Commander is Colonel Marvin Vannatter Jr.

SAG Benelux – Brussels (formerly known as NATO Support Activity and as U.S. Army Garrison Brussels) was originally activated in August 1967 when NATO Headquarters moved from Paris to Brussels and when SHAPE began to function in Belgium. The U.S. Army was designated as the executive agency to support all U.S. government entities, including department of defense and non-DOD agencies, assigned to the Brussels area. ~ Military

There you have it, my top 10 Army installations in Europe. I have found that in a short time, we may not even have a total of 10 European Army bases. Many of the Army installations throughout Europe have been closed for budget reasons. There is also the possibility the Army will close some and open others in a goal to consolidate,

So what do you think of my list? Do you agree or disagree? If you feel it should be in a different order, or different bases should be on the list, feel free to leave your comments or opinions in the section below. Also, if you have been stationed at any of these United States Army installations, tell us more about your experience there. If it was positive or negative, we welcome your comments.

Thank you for visiting, and have a great day.