Today, I’d like to take a few minutes and educate you about the Tomb of the Unknown Soldier. As a veteran, this is going to be one of my favorite articles I publish on this website.

In the paragraphs below we will discuss the history, the process of becoming a tomb guard, how to earn the badge, the changing of the guard, and much more. Enjoy the information.

The History of the Tomb of the Unknown Soldier

The Tomb of the Unknown Soldier has been around nearly 100 years now. It was established by President Warren Harding.

The Tomb of the Unknown Soldier (Tomb) was established in 1921. The Unknown Soldiers laid to rest at the Tomb represent all missing and unknown service members who made the ultimate sacrifice – they not only gave their lives, but also their identities to protect these freedoms.

How to Become a Tomb Guard

If you’re trying to figure out what the requirements are to become a sentinel at the Tomb of the Unknown Soldier, this is what I found online.

To become a Tomb Guard, an Old Guard soldier must volunteer by applying for appointment to the Tomb through the Sergeant of the Guard. To be considered for an appointment, the soldier must be highly motivated and disciplined, and possess a strong military bearing and soldierly appearance.

If appointed, the soldier is assigned to the Tomb for an initial two week training period. The period focuses on basic Changing of the Guard sequences, uniform preparation, and memorization of a basic “knowledge” packet about the Tomb and ANC. At the conclusion of the two weeks, the soldiers are tested in these areas. If they pass, they are assigned to one of three reliefs as a trainee for an intense training period. If they fail, they are assigned back to their company. 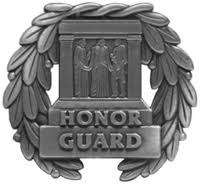 Earning the Honor Guard Badge is extremely hard to do. It is the second least awarded badge in the military, right behind the astronaut badge. As of January 2018, only about 656 soldiers have ever earned the badge. The Tomb Guard Badge was first established in February 1958.

“The badge itself is made of heavy sterling silver approximately two inches in diameter. The obverse design consists of an inverted wreath, a sign of mourning, and the East face of the Tomb which contains the figures of Peace, Valor and Victory. Superimposed on the bottom of the Tomb under the three figures are the words “Honor Guard”.

The badge was designed in 1956 and first issued to members of the Honor Guard at the Tomb of the Unknown Soldier on February 7, 1958. The badge was first issued only as a temporary wear item, meaning the soldiers could only wear the badge during their tenure as members of the Honor Guard. Upon leaving the duty, the badge was returned and reissued to incoming soldiers. In 1963, regulations were changed to allow the badge to be worn as a permanent part of the military uniform after the soldier’s completion of duty at the Tomb of the Unknown Soldier. It was also permanently awarded to those who had previously earned it.

The bestowing authority of the Guard, Tomb of the Unknown Soldier Identification Badge is the Commanding Officer, 1st Battalion, 3rd U.S. Infantry in accordance with Army Regulation 600-8-22. For a service member to permanently receive the badge, they must serve nine months as a member of the Honor Guard and receive a recommendation from the Commanding Officer of the Honor Guard Company.

The Guard, Tomb of the Unknown Soldier Identification Badge can be revoked if a soldier disgraces him or herself in a manner that brings dishonor on the Tomb. This action can happen even after the soldier completes his or her tour as a member of the Honor Guard.”

Another thing I found really interesting is that the Tomb Badge can be revoked, even after the soldier leaves the military.

A guard’s tomb identification badge can be revoked at any time, even after retiring from the military, if they are found to be dishonorable. The name plaque on the wall of identification badges in tomb quarters will be replaced with the word “Revoked” and the badge number only. 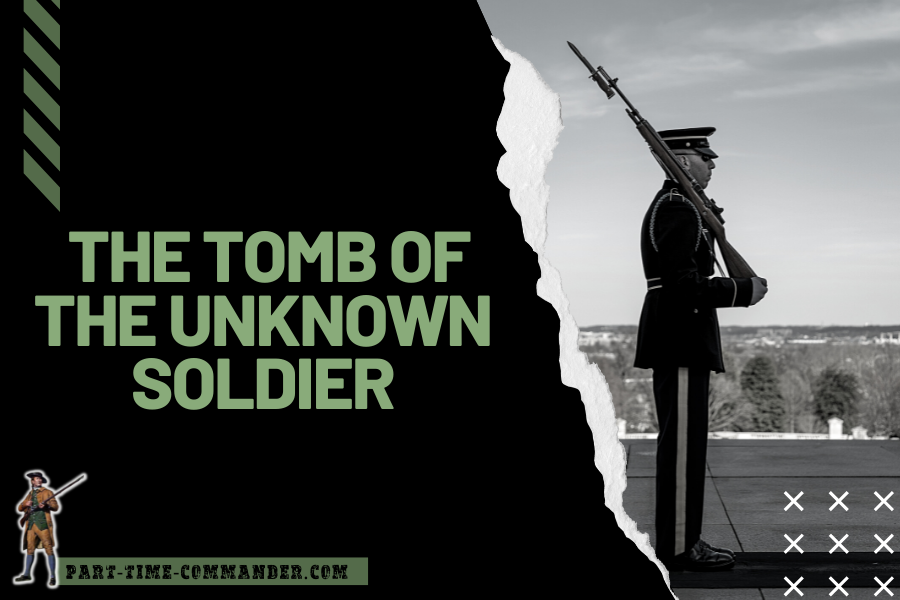 The Changing of the Guard

When the sentinels walk the tomb, this is what they do.

The guard takes 21 steps and then pauses for 21 seconds after his about face to begin his return walk. The significance of ‘21‘ reflects the twenty-one gun salute, the highest honor given any military or foreign dignitary.

How often do they change the guard at the Tomb of the Unknown Soldier? Here’s what I found on the official Arlington National Cemetery website.

The guard is changed every hour on the hour October 1 to March 31 in an elaborate ritual. From April 1 through September 30, there are more than double the opportunities to view the change because another change is added on the half hour and the cemetery closing time moves from 5:00 to 7:00 p.m.

I was fortunate to serve in The Old Guard for about 2.5 years from 1996 to 1998. I was an Administrative Specialist in the S3 Office. No, I was not a sentinel, nor did I ever walk the Tomb of the Unknown Soldier, but serving in that unit was quite perhaps my most important military assignment. The leadership and quality of soldiers at that unit were the best I ever served with.

There you have it folks. These are the basic things you should know about the Tomb of the Unknown Soldier. What are your thoughts? Have you ever watched the changing of the guard or served in The Old Guard? If so, I would love to hear from you. Please leave a comment below to share your thoughts.