The race started in 1985 by fitness officials connected with the Army Headquarters staff in the Pentagon. In the early years, it was led by staff assigned to the Pentagon with the logistic support of the Military District of Washington. Subsequently, the program was reassigned to the Military District, where it is headed by a year-round, full-time professional staff.

The route for the course is very scenic and highlights many of the great and wonderful sights that are in DC. Starting near the Pentagon (on RTE 27 to be exact) it proceeds North over the beautiful Arlington Memorial Bridge to the Lincoln Memorial, along Constitution and Virginia Avenues, continues South on Rock Creek Parkway passing underneath the Kennedy Center.

The route continues along passing other highlights such as the WWII Memorial, Washington Monument, Jefferson Memorial, Air and Space Museum, National Mall, and along Pennsylvania Avenue. After passing the U.S. Capital Building, the route proceeds West at Independence Avenue and finishes up along I-395 and ending back at the Pentagon.

Not a runner? No problem! There are plenty of activities going on during the event such as a youth run, activity fair, even a pre-race dinner! Even if you don’t plan on “running” in the race, it’s a great time of year to visit Washington, DC.

History of the Army 10 Miler

From 1985 until 2000, the Army 10 Miler was run every year. In 2001, the terrorists attacked New York and the Pentagon, so the race was cancelled. The years following have found highly “beefed up” security measures. In 2005, Washington DC police noticed a suspicious package along the race route, so the race was detoured. Because of the detour, the 2005 Army 10 Miler was not scored, and it was determined runners actually ran over 11 miles.

The 2007 Army 10 miler was held in very hot conditions. One runner, Michael Banner, collapsed and died. He was near the finish line. 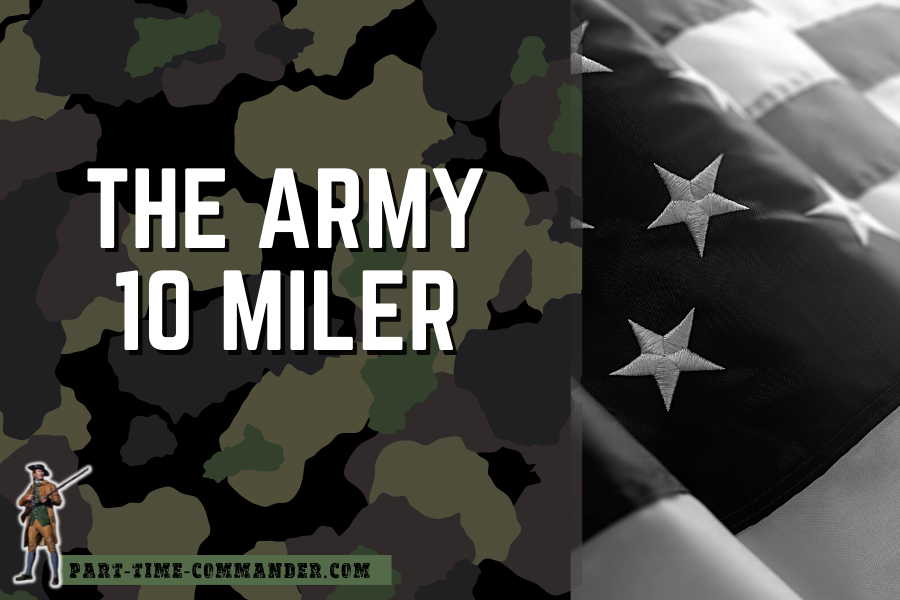 The Army 10 Miler will accept runners from both military and civilian people. Divisions consist of:

As you can see, there are many different teams.

These are the top male and female finishers of each year:

Here are a few good tips to help you train and prepare for the Army Ten Miler.

Ideally, you want to develop a training plan three to four months prior to the event. There are many different training programs. Find one that makes sense to you and aligns with your goals, time available and skills. Once you pick a plan, have the self-discipline to follow it each day.

When it comes to train, it behooves you to have an accountability partner. Team up with someone else who will run the Army Ten Miler and train together, especially if you have similar running abilities. This will keep you motivated and give you someone to talk with you as you train for the event.

When it comes to sneakers, spend the extra money and purchase the best quality running shoes you can afford. Your feet are worth it!

A successful 10 Mile race includes training runs in addition to cross-training. Yoga, strength training and biking are great forms of cross-training. Many runners will also opt to swim. You can also add walks to your training plan. ~ Holly Hammersmith Blog 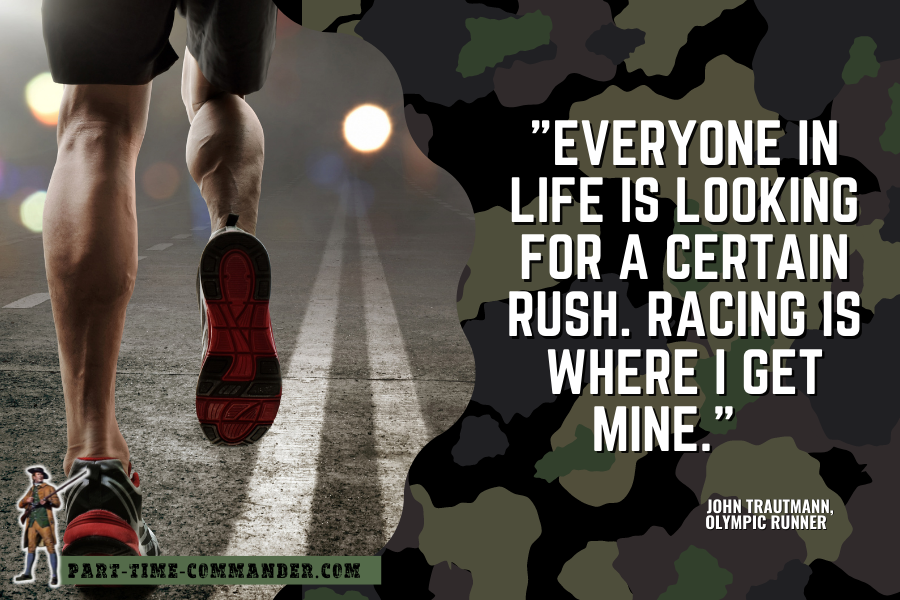 For your high-intensity days, on the weeks opposite your tempo run, do interval running. It’s simple: Run fast, at a near sprint, for one to four minutes, then recover at a light jog for an equal amount of time.

All told, you’ll want to start with a combined total of 12 minutes of high-intensity running — four three-minute bursts, for example — for a total 22 minutes of running; plus a few minutes of warmup and cool-down. From there, as you progress, work your way up to about twice that, Collins says.

Don’t be afraid to mix it up to keep things interesting. For example, fartleks — Swedish for “speed play” — use everything from mailboxes and telephone poles to music playlists and even dog walkers to trigger speed-ups and slow-downs. ~ Military Times

If you find yourself getting bored on the short runs, and are worried about how you’ll cope as you add miles, try running with friends, but only if you’re all comfortable holding that same pace. Beyond that, you can experiment with different routes. Run with music or a podcast, do some mental maths, compose a poem – your brain might just need a while to remember how to daydream. Once it does, time will pass much more quickly. ~ Runners World

Decrease the Length of Your Long Runs

Decrease the length of your long runs by three miles every three weeks; this allows your body to rest slightly while still allowing you to get in a good run. Resume your normal long run schedule the following week. As an example, on your third week your long run would normally be six or seven miles long depending on the distance you started with on your first week; instead, you should revert it to either three or four miles. On the following week, continue with the six or seven miles you would have normally taken the previous week. ~ Healthy Living AZ Central

How to Improve Your Run Time

If you want to run much faster for the 10 mile distance then you have ever run before one of the best strategies I can give is to increase the pace at which you conduct your long run. Far too many runners think doing 20-22 mile runs at a minute to 3 minutes slower than their goal 10 mile, half-marathon or marathon goal pace is going to make them faster.

Yes, workouts like this will make any runner stronger and more fit but on an anaerobic level the athlete will not have trained well enough to maintain pace in the race. Remember, the goal is to slow less then the runners around you.

If you learn to increase the amount of time you are spending at a higher percentage of your max heart rate you are going to see significant improvements in your 10 miler results. ~ Run Dream Achieve

My last Army 10 Miler Training Tip is to educate yourself. Study the routes and road closures. Read a few books on 10 mile races. Talk with past participants and learn everything you can from them. Visit the site ahead of time if possible. Here are a few books from Amazon I recommend.

In conclusion, this is everything I know about the Army 10 Miler. If you have participated in this race in the past as a participant or volunteer, I would love to hear from you. What was the experience like? What tips can you recommend to our viewership? Feel free to leave a comment below to share your thoughts. Thanks.

7 thoughts on “The Army 10 Miler: History, Training Tips & Past Winners”