The history behind the 82nd Airborne is amazing.

Do you know a soldier or officer who wears that distinctive unit patch with 2 A’s on it? Have you ever asked them about their unit? The history behind it? If you have, I would bet it was a long, detailed, and interesting story. 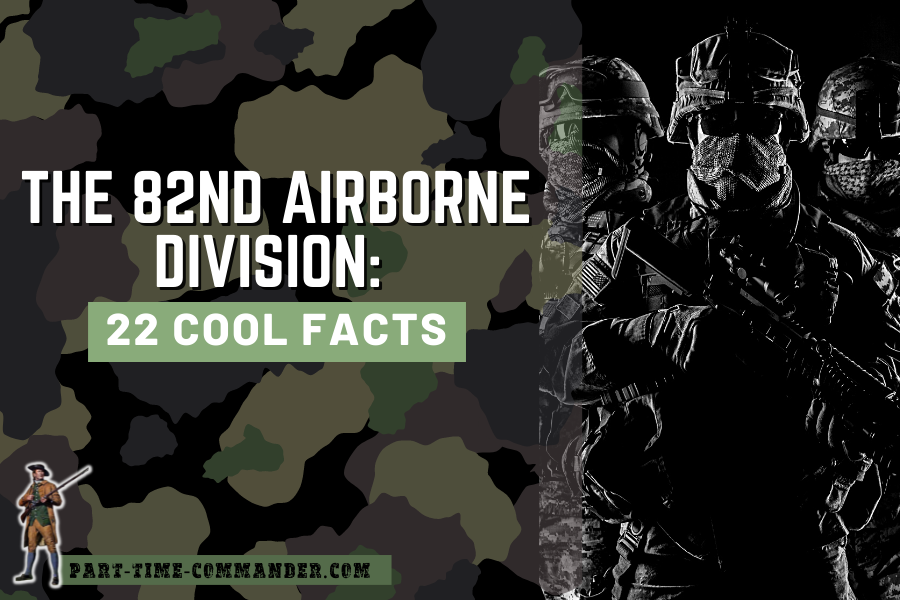 In today’s post, I am going to share some of the history of the 82nd Airborne. Here are 22 cool facts:

The 82nd Airborne is based at the largest military base in the world when we speak of base population. Their home base is Fort Bragg, North Carolina.

The 82nd became a division of the United States Army during World War I. The 82nd Division was constituted on August 5th, 1917.

There was a contest to give the 82nd Division a nickname. The final choice was made by the Commanding General, Major General Eben Swift. The choice was All American. The reason for this choice was because the 82nd had soldiers from every State, which was 48 at that time.

During World War I, the 82nd had 995 soldiers or officers killed.

The 1st combat operation for the 82nd Airborne was a parachute jump as part of the Invasion of Sicily. Colonel James Gavin led the 505th Parachute Infantry Regiment in the first regimental sized parachute jump by the U.S. Army.

The 82nd Airborne played an integral part in the D-Day Invasion of Normandy. Parachuting behind enemy lines the night before, many of them were dropped in zones that were incorrect. But the 505th Parachute Infantry Regiment was dropped in the accurate location and captured the town that was their objective during Operation Boston.

While there were many errors, overall the 82nd played an important part in the D-Day invasion.

10: Other Missions During World War II

The 82nd had other missions during World War II. They included:

During World War II, the 82nd lost approximately 2,000 to death.

In 1965, elements of the 82nd Airborne were deployed to the Dominican Republic to aid in the terrible civil war going on there.

In 1967, the 82nd was sent to Detroit, Michigan to help control the race riots. The riots ended 2 days later with over 40 people killed.

The 82nd saw a lot of combat action in Vietnam. They had soldiers in Saigon, the Mekong Delta, the Iron Triangle and along the border with Cambodia. There were plenty of All-Americans in Vietnam.

After Vietnam, the Department of Defense knew they needed units that would be able to respond quickly. The 82nd Airborne Division was at the core of the Rapid Deployment Joint Task Force.

Elements of the 82nd deployed to Grenada to keep control of the Point Salinas airport that Ranger Battalions had captured earlier. This happened in 1983.

In 1989, elements of the 82nd Airborne Division jumped into Panama in an invasion. It was meant to take out the dictator Manuel Noriega. It was known as Operation Just Cause and showed just how quickly the 82nd could act.

During Desert Storm, the All-American Division was on the left flank during the operation to take out Saddam Hussein and the Iraqi Army.

In 1994, Raoul Cédras had taken over a military dictatorship in Haiti. The 82nd were en route to take him out, but when the dictator heard that they were about to parachute in, and he stepped down.

The 82nd has been involved in the other stages of Enduring Freedom, Iraqi Freedom and New Dawn.

In total, the Division lost 245 Paratroopers in the War on Terror.

It is the highest honor that can be given to a member of the military. These are those who were awarded the Medal of Honor as members of the 82nd: 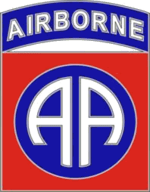 There have been some famous names who were within the 82nd. They include:

The 82nd Airborne Division has an association. You can sign up at this link.

Yes, the 82nd Airborne Division has an amazing history. Do tell us if you are, were or have family that were members of the 82nd. You can post any and all questions and comments below. Thank you.