When can you officially wear a Combat Patch?

Well, it depends on who you ask and what your definition of officially is.

Going by the book, the true answer is the very first day that you step foot into a combat zone.

Whatever echelon unit you fall under during that time, you are authorized to wear the unit patch on your “slick-sleeve”.

After 1945, only soldiers who were serving with large echelon deployed units, such as separate brigades, divisions, corps, Army commands, or higher, were eligible to wear the combat patch. The smaller support companies/battalions and other lower-ranking units had their own combat patches. ~ liveaboutdotcom 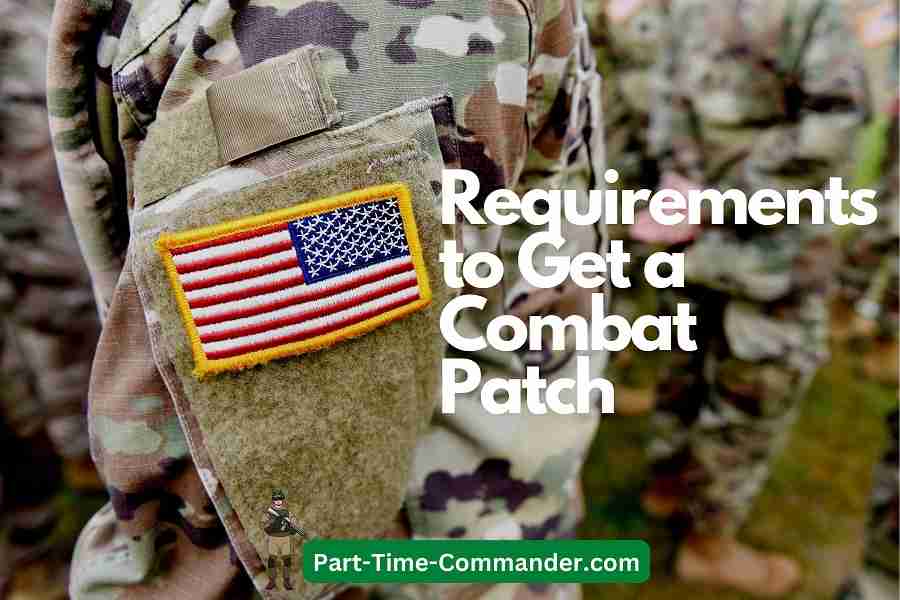 Here are the basic requirements to get a combat patch:

Authorization to wear a shoulder sleeve insignia indicating former wartime service applies only to soldiers who are assigned to U.S. Army units that meet all the following criteria.

Soldiers who were prior members of other Services that participated in operations that would otherwise meet the criteria below are not authorized to wear the SSI–FWTS.

Wear is reserved for individuals who were members of U.S. Army units during the operations.

(1) The Secretary of the Army or higher must declare as a hostile environment the theater or area of operation to which the unit is assigned, or Congress must pass a Declaration of War.

(2) The units must have actively participated in, or supported ground combat operations against hostile forces in which they were exposed to the threat of enemy action or fire, either directly or indirectly.

(3) The military operation normally must have lasted for a period of thirty (30) days or longer.

An exception may be made when U.S. Army forces are engaged with a hostile force for a shorter period of time, when they meet all other criteria, and a recommendation from the general or flag officer in command is forwarded to the Chief of Staff, Army.

Some examples of these exceptions are operations in the Dominican Republic, Panama and Grenada.

(4) The Chief of Staff, Army, must approve the authorization for wear of the shoulder sleeve insignia for former wartime service.

In the modern US Army, earning the right to wear a combat patch is a revered accomplishment. However, this visible uniform policy recognizing service in combat may not accurately communicate the Army’s evolving goals, and specifically what is needed to succeed in competition. ~ Modern War Institute 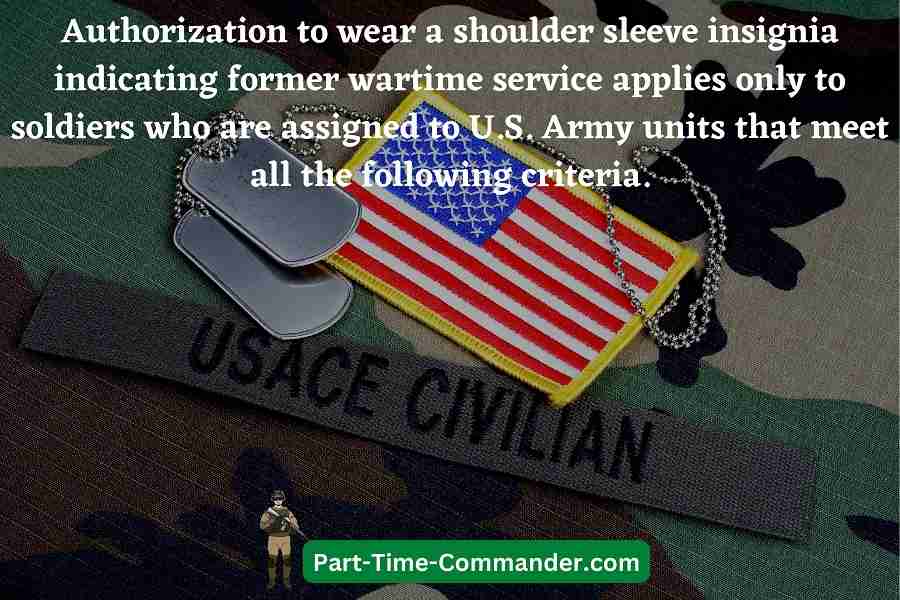 However, proceed with caution because most units hold very strongly to the 30-days to 6 month time frame rule.

If your chain of command (and I am talking Battalion and higher) says that your are not “authorized” to wear it before they give you the nice little ceremony and deployment speech, then I wouldn’t push it.

AR 670-1 allows it, but to me, I think the little ceremony and recognition is worth the wait.

Remember, there is a BIG difference between authorized and mandatory.

While you may be “allowed” to wear the patch, your unit may not let you.

Some questions as to why company commanders would not allow the wear of the combat patch.

The common reason is to give new recruits a feeling of being part of so they won’t feel excluded.

Personally, I feel that is a bullshit reason.

If a soldier was in the midst of a combat zone, allow them the right to wear the patch.

What are your thoughts about this subject?

Does your unit allow the wear?

You can leave all comments and questions below.

26 thoughts on “Requirements to Get a Combat Patch”