It is a subject that most dare not bring up at a family reunion or at a fun get-together with friends. The fun and games may turn to anger and debate.

The United States defense budget is one of the highest in the world in comparison to the population. And it behooves me why people do not understand or follow how their tax money is being spent on military needs.

In today’s post, we are going to go over 10 things you should know about military spending. At least, if the debate starts, you will have the facts. 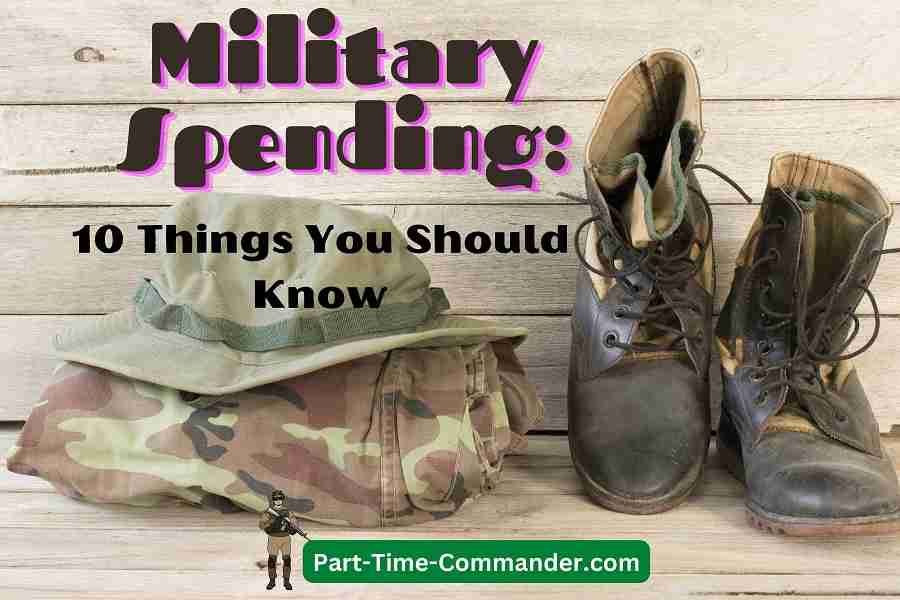 Every year after we all file our taxes, the Global Day of Action on Military Spending takes place. Originally proposed by the International Peace Bureau and the Institute for Policy Studies, it is meant for people around the world to rise up with power against the outrageous amounts of money spent on military.

Groups involved advocate a shift in priorities that monies are diverted to humanity projects and human development.

“The reality is, the United States has global interests. Our defense budget is about the same as the defense budgets or military budgets of every other country in the world put together.” Robert M. Gates

The military and defense budget accounts to 15% of all Federal spending.

“Every gun that is made, every warship launched, every rocket fired signifies in the final sense, a theft from those who hunger and are not fed, those who are cold and are not clothed. This world in arms is not spending money alone. It is spending the sweat of its laborers, the genius of its scientists, the hopes of its children. This is not a way of life at all in any true sense. Under the clouds of war, it is humanity hanging on a cross of iron.” Dwight D. Eisenhower

It is an amazing figure… The amount of land on the mainland United States occupied by the military equates to approximately 15,654 square miles. That is more area than New Jersey (7,417), Delaware (1,954) and Rhode Island (1,045) all together.

“A nation that continues year after year to spend more money on military defense than on programs of social uplift is approaching spiritual doom.” Martin Luther King, Jr.

Combined global military expenditure is estimated to have reached $1.74 trillion in 2017. That is the highest it has been since the end of the Cold War.

“Now all of us deplore this vast military spending. Yet, in the face of the Soviet attitude, we realize its necessity. Whatever the cost, America will keep itself secure. But in the process we must not, by our own hand, destroy or distort the American system. This we could do by useless overspending. I know one sure way to overspend. That is by overindulging sentimental attachments to outmoded military machines and concepts.” Dwight D. Eisenhower 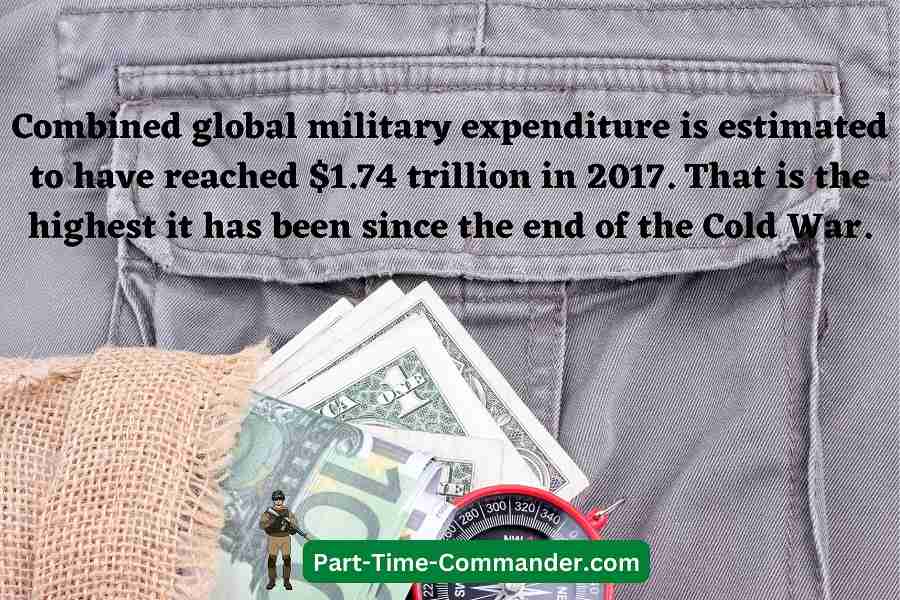 #5: Breakdown Of Who Receives The Money

Various agencies receive percentages of that military budget. They include:

No matter what you may hear from other sources, the United States’ military budget comes in at 3.5% of the GDP (gross domestic product).

“The last four secretaries of defense have pointed out that defense spending creates jobs. So do pornography, prostitution, and narcotics.” Michael Parenti

The top 5 military spenders in the world are:

“We lead the world in only 3 categories: number of incarcerated citizens per capita, number of adults who believe angels are real, and defense spending, where we spend more than the next 26 countries combined, 25 of whom are allies. Now none of this is the fault of 20 year old college student, but you nonetheless are without a doubt a member of the worst period generation period ever period, so when you ask what makes us the greatest country in the world I don’t know what the f…k you’re talking about.” Aaron Sorkin

I mentioned earlier the amount spent in comparison to the GDP. It is at a close historical low.

“Education is, quite simply, peace-building by another name. It is the most effective form of defense spending there is.” Kofi Annan

“The collective shortfall of the 3.08 billion people (47 percent of world population) who, in 2005, lived below $2.50 per day was $507 billion per annum, which indeed comes to about two-thirds of the present US military budget. This gives us a rough sense of how much the eradication of poverty would cost.” Thomas Pogge

Of all the countries that are members of NATO, only 5 are meeting their NATO spending goals. They are:

“What I say is, national defense is the most important thing we do in Washington, but there’s still waste in the military budget.” Rand Paul

With the wide variety of conflicting quotes on this post, you may wonder where I stand on the military budget.

It is my opinion that we need to stand tall and proud. It costs money to do so. Our soldiers need the best arms and equipment, so we must maintain adequate spending to do so.

I believe we could and should cut nuclear spending and divert those funds to areas that are in a greater need.

But, I am not the President of a Congressperson, so our votes put them in the position of making these difficult decisions.

Thank you for visiting and have a great day!

And, check out this PDF.