In today’s post, we are going to provide an overview of the M9 Beretta handgun. This is the standard issue handgun of Soldiers in the United States. If we were to take a poll right now, I believe it would be a 50/50 split on the love and hate relationship with the M9 Beretta.

History of the M9 Beretta

From 1911 up into the Vietnam war, the standard issue sidearm for Soldiers was the M1911 .45 caliber handgun. Many Soldiers have a love affair with the M1911, and many still use it with permission from their commanders.

For various reasons with the primary one being a typical ammunition, the United States armed forces and the Joint Service Small Arms Program started researching, and testing options for a 9×19 mm handgun to replace the outdated M1911’s. The search began in 1979 with tests being done on handguns supplied by many manufacturers which included:

In this process, the Air Force for some reason would be the final judge. When the Air Force chose the Beretta as the winner, the Army appealed the decision. A testing period was given to the Army and all the entrants failed the Army’s rigorous testing procedures. So in a controversial decision, Beretta won.

In 1983, the standard issue sidearm for all Soldiers would be the Beretta M9. It uses the standard NATO 9mm ammo, which is seen as a strong advantage in war situations.

The original Beretta handguns were manufactured in Italy. The Army ordered a vast amount, and for the most part, everything was fine until 1987. Military issued Beretta’s were injuring both civilians and Soldiers. The slides were malfunctioning and would fly apart striking the shooter in the face.

This was the first major operational issue with the M9.  The official GAO findings pointed to a metallurgical issue with the steel in the slides.  Beretta responded to the problem, removing tellurium from the steel (an additive that was suspected of making the steel more brittle).  They also added a safety device that acts as a restraint, should a crack occur. ~ Guns.com

The Army started testing the handguns and found this was a problem in a large percentage of the handguns. They discovered the metal being used on the slides was not of the quality that kept shooters safe. An ultimatum was given to Beretta; the corporation must have a United States based plant where control of manufacturing could be monitored.

It took some time for the plant to become operational, so manufacturing continued in Italy, and the problem with the slides continued. Beretta did make a design change so fractured slides would not come back and hit the shooter. Once production began at the Beretta plant in Maryland, these malfunctions ceased completely.

There has been recent problems reported with the magazines for the M9. These reports have come from Soldiers in Iraq and Afghanistan. It seems these “after market” magazines are prone to problems from sand and dirt, but when the original Beretta magazines are used, the problems disappears. 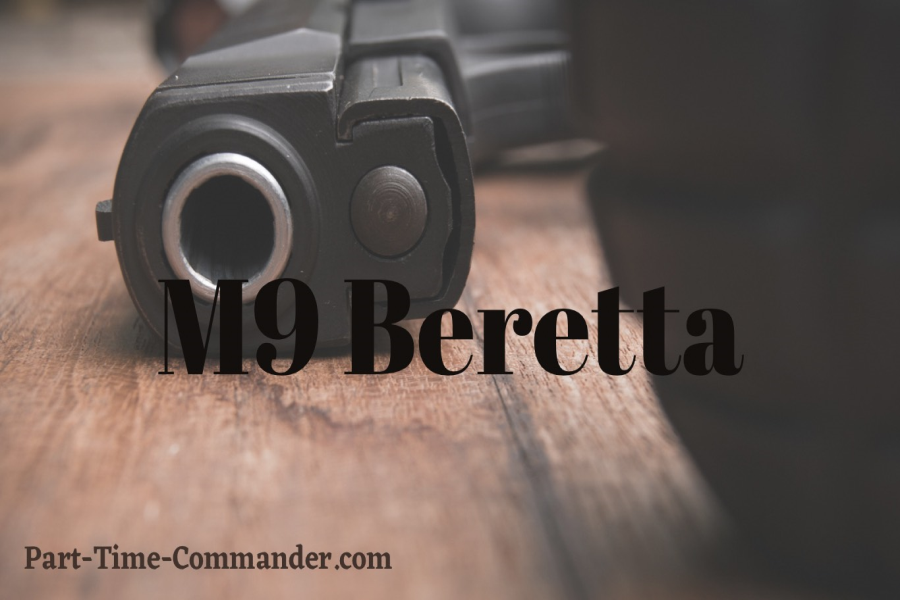 Pros And Cons Of The Beretta M9

If you were to ask 10 Soldiers or officers their opinion of the M9 Beretta, I believe you would have 7 say they are, for the most part, happy with it. Many of the negatives are because of the old issue in which the slides malfunctioned. Within military circles, rumors spread quickly, and some hear the stories of that issue and they think it still happens.

The M9 is a full-size combat handgun made mostly of metal. Weighing in at 34.2 oz unloaded, you certainly notice it strapped to your thigh or on your hip. A product of its time, many troops find the M9 to be unnecessarily heavy for a piece of kit that few of them will ever actually draw in combat. ~ Business Insider

One huge issue that has been found is the fact that these handguns are reissued to multiple Soldiers with no maintenance being performed on them. When you get a sidearm that has been used by four other Soldiers, it just will not work like the one that came out of the factory. They have used them as hammers, dropped them in sand and mud, and who knows what else they put these handguns through before it is issued to the next Soldier.

I believe everyone should try a brand new M9 straight from the Beretta factory before judging their performance. They have been tested in the utmost extremes including:

And these handguns keep firing. They are extremely accurate with 10 shot groups being within three inches of each other at a distance of 50-yards.

As for stopping power, this is where I will have to give my opinion. I am back to my Dan Wesson 22 caliber, because I believe it had as good, or better stopping power than the M9. The armed forces were set on going to the standard NATO rounds, and here in lies the problem. It isn’t the Beretta, it is the ammo used in my opinion.

What Is The Future Of The M9 Beretta?

The Beretta M9/92 pistol has been in service with our military for almost 20 years now. After the production problems documented previously were addressed, the pistol proved to be mechanically sound and reliable, enduring hundreds of thousands of rounds with little trouble provided proper maintenance was supplied. A redesign in the locking block of the M9 pistol made changes to that important piece less frequent, causing the pistol to require even less time at the armorer’s bench. ~ Sight1911 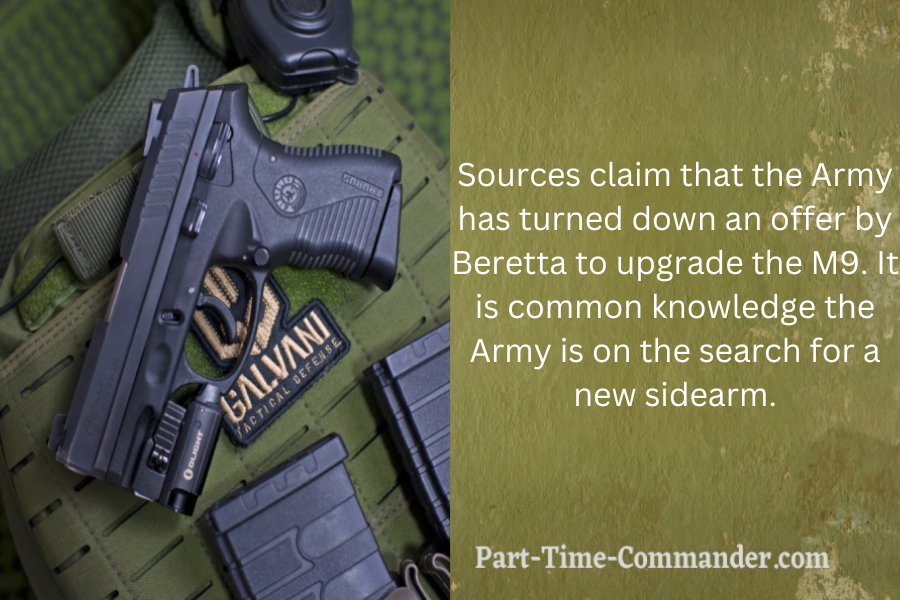 So, what is the future of the M9 Beretta? The answer that has hit the top media outlets is: Not with the Army. Sources claim that the Army has turned down an offer by Beretta to upgrade the M9. It is common knowledge the Army searching for a new sidearm.

There are many who are trying to predict what that new military handgun will be. Some have the impression that Glock is high in the running, but I disagree. Glock is lightweight on safety issues, and the Army stresses safety.

I believe the top three contenders are:

In conclusion, these are my thoughts on the M9 Beretta? What do you think of the this pistol? Would you keep it in service, or look for a different sidearm? The M9 has been good, but I believe there are better options now. Whatever the choice, we hope it is the best one for the protection of our Soldiers.