In today’s post, I’m going to educate you about Joshua Chamberlain, the 20th Maine Volunteer Regiment, The Battle of Little Round Top, and close out the article by sharing some of my favorite Joshua Chamberlain quotes.

Growing up in small town Maine, I heard many neat stories about Joshua Chamberlain. He played an important role in the Civil War and Maine politics. He lived an incredible life. If you’ve never heard of him before, you are in for a big surprise.

Here are a few quick facts about Joshua Chamberlain:

The outbreak of war, however, weighed heavily upon Chamberlain, who desperately wanted to serve his country.  Over the objections of the College, Chamberlain offered his services to the governor of Maine who appointed him Lieutenant Colonel of the newly raised 20th Maine regiment.  The scholar-turned-soldier would take advantage of his position as second-in-command and studied “every military work I can find” under the close tutelage of his commander, West Point graduate Col. Adelbert Ames. ~ Battlefields.org 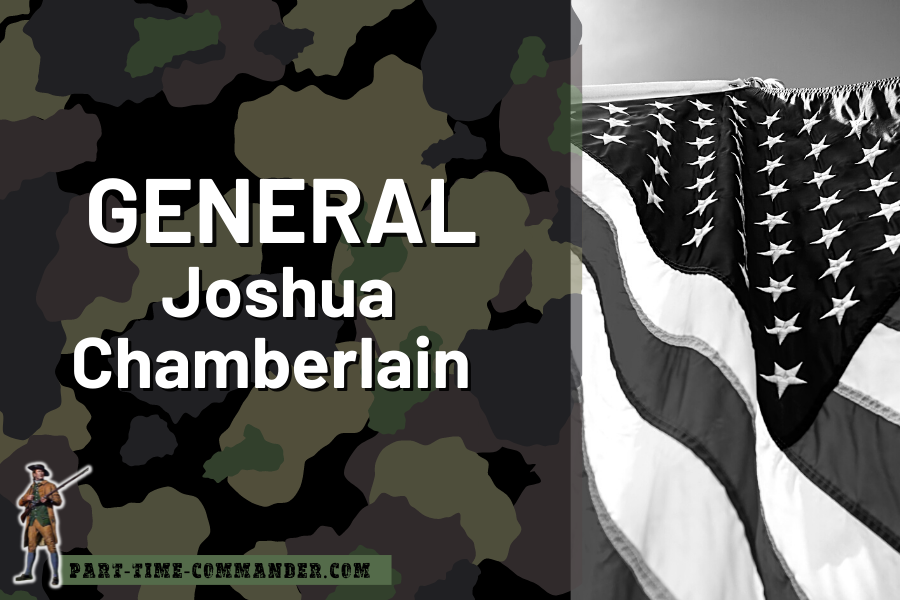 The 20th Main Regiment was organized in August of 1862.

When Abraham Lincoln made a 2nd call for Union Army volunteers, men came to join the 20th Main Regiment with the starting number of 1,621.

When the troops were mustered in, the leadership was commander, Colonel Adelbert Ames and Lieutenant Colonel Joshua Chamberlain.

# 4: Number Of Casualties Throughout The Civil War

The 20th Maine Regiment had a total of 293 casualties.

We often hear a lot about Joshua Chamberlain, but Colonel Adelbert Ames should be honored too.

On August 20, 1862, he was given command of the 20th Maine and the rank of colonel. Colonel Ames commanded that unit until May 1863, when he became a member of Maj. Gen. George Meade’s staff. He soon became a brigadier general, commanding a brigade in the XI Corps, leaving Lt. Col. Joshua Chamberlain to gain glory as the 20th’s commander at Gettysburg. Ames and his brigade, meanwhile, fought on Barlow’s Knoll and Cemetery Hill at Gettysburg. ~ History.net

We must remember this was a 2nd call for volunteers. The Soldiers who came to serve would have been with the 16th, 17th, 18th or 19th Maine had they joined in the 1st call, but these regiments were all full. The 20th Maine Volunteer Regiment was made up of many:

Also, there were at least 10 who graduated from Bowdoin College who were commissioned as officers.

# 7: Mustered Out But Not Forgotten

The 20th Maine Regiment was mustered out of service in July of 1865, but they will not be forgotten.

The 133rd Engineer Battalion of the Maine National Guard carries the lineage of the 20th Maine Regiment. The 133rd has served in:

What the 20th Maine Regiment is best known for is their absolutely crazy bayonet charge during the Battle of Little Round Top. Chamberlain ordered this move when the odds seemed fruitless. The Confederates were preparing to make a charge and Chamberlain ordered his men to fix bayonets and charge first.

Company B was isolated but fired from their positions as the men charged. To be blunt, it scared the shit out of the Confederates scattering them everywhere which ended the attack. Many historians say this was the action that helped the Union win Gettysburg.

These were the primary battles but there were numerous skirmishes along the way.

# 10: There Are Two Monuments And One Marker At Gettysburg Honoring The 20th Maine Regiment

If you visit Gettysburg, you will find a monument at Little Round Top dedicated by the State of Maine in 1886. About 100 yards to the East is a marker where Company B held ground and supported the main Regiment as they made the bayonet charge. The last monument is at the summit of Big Round Top and was dedicated in 1889.

Ulysses Grant promoted Chamberlain to Brigadier General and gave him command of all the Union troops when the Confederates surrendered.

The small town of Gray in southern Maine sent proportionately more of its sons into battle than any other town in Maine.

The 20th Maine Regiment has been depicted and honored in many ways:

There is a group from the great State of Maine who regularly reenact the history of the 20th Maine Regiment and are always seeking artifacts to keep the history alive.

The Civil War was a drastic piece of history, but we should never try to erase it, be it Union or Confederate. The group I speak of is the 20th Maine Volunteers. You can search for it online to find it.

The Battle of Little Round Top

Little Round Top was an important battle in the Civil War. In case you aren’t familiar with it, here are some neat facts about the battle.

If you have never visited the Gettysburg Battlefield, you should. In my opinion, it’s important to study history, so you don’t end up repeating the same mistakes in the future. It’s also a great way to study tactics, leadership, and military leadership.

The struggle to control a strategic hill on the battle’s second day became legendary for dramatic feats of bravery conducted under withering fire.

Despite repeated assaults by seasoned Confederate troops, the Union soldiers who arrived at the top of the hill just in time to defend it managed to throw together a stout defense. The Union troops, facing repeated assaults, succeeded in keeping the high ground.

Had the Confederates been able to seize Little Round Top, they could have overrun the left flank of the entire Union Army, and possibly won the battle. The fate of the entire Civil War may have been decided by the brutal fighting for one hill overlooking Pennsylvania farmland. ~ Thoughtco.com 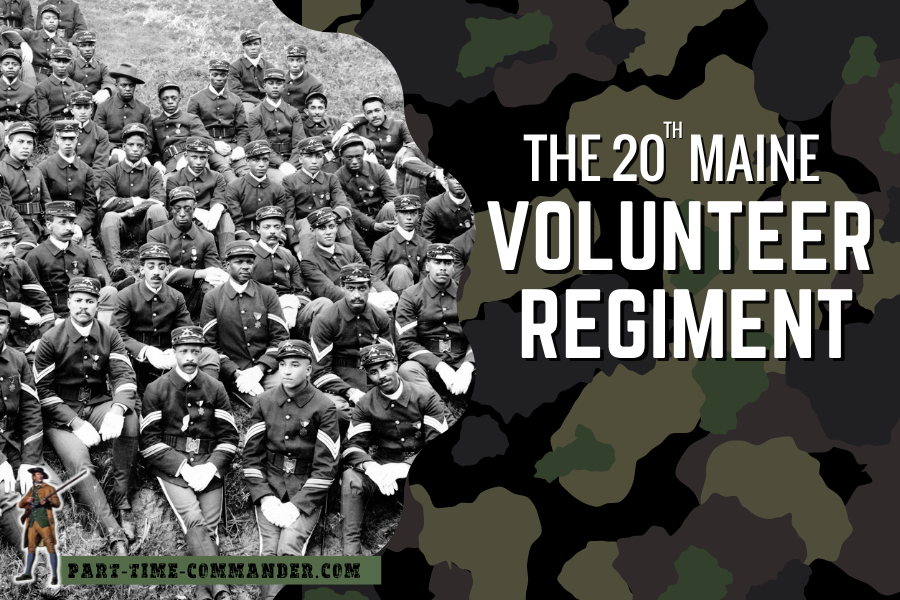 # 10: But we can hold our spirits and our bodies so pure and high, we may cherish such thoughts and such ideals, and dream such dreams of lofty purpose, that we can determine and know what manner of men we will be, whenever and wherever the hour strikes and calls to noble action.

The way we carry ourselves, the way we think, train, and prepare for life (or war) must be consistent with our values and ideals. When life or combat throws challenges our way, we must always resort to the men (or women) that we have trained ourselves to be.

This quote is self-explanatory. You must be a well-rounded individual with many perspectives and points of view.

# 8: I long to be in the Field again, doing my part to keep the old flag up, with all its stars.

Chamberlain was a true leader. He wanted to share the burdens he knew his Soldiers experienced.

# 7: But the cause for which we fought was higher; our thought wider… That thought was our power.

To me, this quote summarizes why the U.S. Military is the greatest force and team on earth. When all the odds are stacked against us, that is typically when we pull through and succeed. This quote explains why.

# 6: The power of noble deeds is to be preserved and passed on to the future.

Every generation has their heroes. Chamberlain understood that and I believe that in order to act heroic in our own lifetime, we must look to our past and those who had set the example.

# 5: We have to go in places no body would ever think of going into were it not for the necessities of war.

This is what sets Soldiers apart from your everyday civilian. As a volunteer, you understand and you are willing to place yourself in harms way, into unthinkable situations, to protect the freedoms of your country.

# 4: My officers and men understood wishes so well that this movement was executed under fire, the right wing keeping up fire, without giving the enemy any occasion to seize or even to suspect their advantage.

I think this quote sums up what all Combat Arms leaders strive for. Chamberlain’s men were so trained that their actions in combat became instant, required little thought, and achieved his purpose without his having to initiate himself.

# 3: Let me say no danger and no hardship ever makes me wish to get back to that college life again.

To me, this quote summarizes the value and honor he placed on being a Soldier, especially when compared to being a college professor.

# 2: The word was enough. It ran like fire along the line, from man to man, and rose into a shout, with which they sprang forward upon the enemy, now not 30 yards away.

This quote paints such a vivid picture of the bayonet charge on Little Round Top.

# 1: We know not of the future and cannot plan for it much.

Truer words have not been spoken. Despite all we try to plan for in our lives, life always throws us different curves. I think what we can take from Chamberlain is that the only thing we can know for sure is that life is unpredictable. The best way to prepare for life is to prepare for uncertainty and increasing our ability to be resilient.

Here are a few books I recommend about Joshua Chamberlain and the 20th Maine Volunteer Regiment.