What your team does or fails to do is a direct reflection of your leadership style. The very same soldiers, who have been doing a sorry job for one leader, can become an outstanding team under a better leader. Rarely do you inherit a perfect team from your predecessor, but then from your team’s point of view, rarely do they inherit the perfect leader.

Whether you are surrounded by good subordinates depends less on the luck of the draw than on your ability to bring out the best in each member of the team. You make your team successful by developing and training them, not by wasting time bemoaning the apparent lack of experience or talent among your team members.

Every soldier and civilian you supervise has strengths, but how they apply their talents depends on how you treat them. No matter how much rank you have earned, to be an effective leader you must respect your subordinates. They are, after all, the reason that you have your job.

In the rush to conduct training, meet missions, organize briefings, and prepare for operations, it’s easy to neglect the basics of taking care of soldiers. In the end your subordinates are the people who will carry you to success or let your butt hang out in the breeze. They have to salute you and say, “Yes, sir.”or “Yes, ma’am”, but they don’t have to give you their best. Take time to give them your best and respect their ability and ideas.

When you make the effort to listen to your subordinates and to ask for their input, you tell them they are important. They care about the team and they want it to be successful, but they won’t volunteer information unless you appear receptive. Soldiers are smart. If you dismiss heir suggestions or routinely debate their positions, they know that you are only going through the motions of asking for their ideas.

You already have your mind made up and you really don’t care what they think. While you may not follow every suggestion that is offered, you should at least listen objectively to your subordinates. Hear them out and don’t debate the value of what they are saying. 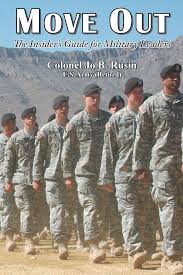 Maj. Santiago asked Mr. Markey, one of the civilian action officers in the section, for his recommendations on how to solve a budget planning issue. The answer Mr. Markey gave him was not workable in Maj. Santiago’s opinion. However, instead of disagreeing with Mr. Markey, Maj. Santiago said, “Mr. Markey, I value your judgment and experience.  I’ll have to consider what you have suggested along with the other input I receive before I make a final decision on this.” Although Maj. Santiago decided on a different course of action, Mr. Markey supported it, because he felt that he had been included in the decision making process. His ideas had been considered.

How you respond to ideas that you don’t agree with has a lot to do not only with how your team members react to your decisions, but also how they perceive you as a leader. When they tell you something you’d rather not hear, don’t shoot the messenger. If your subordinates aren’t talking to you, it doesn’t mean that everything is going fine. More often it means that they know you won’t listen to them, so why should they waste their time talking with you.

Build on Their Strengths

Everyone has something that they can do better than most other people.  Too often leaders get into a rut of focusing on fixing people’s deficiencies. This line of reasoning is based on the false premise that if everyone’s shortcomings can be corrected, then the entire team will be first rate. In football, if a player is a superb kicker and a lousy lineman, no one would think of centering their attention on fixing his skills as a lineman. Instead they concentrate on making his kicking skills even better and then getting the ball to him at the right time, so that he can score points. Every member of your team is an individual.  Some are natural stand-outs. With others you must figure out what their strengths are. Mold your team based on their strengths. Capitalize on their talents and make the team a winner.

The members of your team need feedback on how they are doing. They have to know that you care about the mission and that you check. If you are too busy to give them this feedback, you can’t expect them to continue striving to do a great job. Just because you may not be leading privates or junior officers, the people you lead must receive reinforcement, both positive and negative, in order to remain motivated. This is especially worth remembering during trying times. They need to be kept informed of how they are doing and how their efforts are impacting on the larger team’s mission.

How you talk to others about your team not only reflects your expectations, it can also become a self-fulfilling prophecy. Don’t undermine the team by complaining or making excuses for what they don’t do well. Find good things to brag about and let them hear you brag on them. Every team has its share of problems. You have to take action on these, but don’t publicize them. The majority of the soldiers and civilians on your team are doing a good job. Don’t take them for granted. Compliment them individually and collectively, not just at award ceremonies, but every day. Catch them doing things right and speak up.

Of course, it doesn’t hurt if other people hear you bragging on them. Compliments must be sincere and not dropped on everyone. People who are doing an outstanding job, from the lowest to the highest levels, need reinforcement. They remember what you have said, and it will continue to inspire them to work hard.

Just as importantly their co-workers hear your comments and will strive to earn your praise as well.  When your team has done an outstanding job, tell them on the spot and reward them, if possible, with time off. Letting people leave work early, even as little as fifteen minutes before the normal end of the duty day, can be a morale boost. Time off is one of the strongest motivators for soldiers. Use this tool to your advantage. Set the task and the standards and then tell them when they are finished, you will let them leave early. If they meet the standards, let them go.

You will be amazed at how quickly and how well they will complete the task at hand. Of course, you cannot allow yourself to be manipulated with this technique, for if the team does not meet the standard, you must be prepared to tell them they have to stay and do it right before they can leave. When your team has worked very hard on a project, it can be tempting to compliment them for their efforts and let the poor quality of the work pass.

While positive reinforcement is essential to building your team’s confidence, it shouldn’t be indiscriminate. Be particularly cautious with a new team, so that you don’t inadvertently commend a soldier, who is a recurring problem for his supervisors. This happens more frequently with officers than with non-commissioned officers, who are generally more attuned to the nonverbal messages of the leaders.

Until you get to know your team, it is far better to commend the group for their outstanding work than to single out one individual soldier, even though he may appear to be doing an exceptionally outstanding job, when you happen to be looking.

As a leader, you hold the keys to your team’s success. You make your team a winner by respecting your team members, developing their talents, and recognizing and reinforcing their achievements every day. A military team is what the leader makes it.

Extract from Move Out: The Insider’s Guide for Military Leaders by Colonel Jo B. Rusin, US Army(Retired), available from GIPubs.com, in AAFES Military Clothing Sales Stores, and at Amazon.com.

Jo Rusin served nearly a quarter century as an Army officer. Although her branch was in combat service support, she spent most of her career in troop assignments. Jo was drawn to the soldiering side of the military beginning as a platoon leader and then an OCS tactical officer. She went on to command three companies, two battalions, and a support brigade in the Gulf War.

In addition, she paid her dues in staff assignments at every level. During her career, she had the opportunity to face and learn from nearly every type of leadership challenge there is. She also served on five DA centralized selection boards, including officer and enlisted, Regular Army and Army Reserve. Having reviewed literally thousands of soldier performance records, she knows firsthand what it takes to succeed in the military. Jo is a graduate of the University of Kentucky, the U.S. Army Command and General Staff College and the Air War College.

An avid reader, Jo knows that books must be easy-to-read and to the point. She is a natural story teller, who illustrates her points with hundreds of examples based on actual experience. Only the names have been changed to protect the real characters. Jo is the author of four military leadership books, including Military Writing: The New Leader’s Guide; Move Out: The Insider’s Guide for Military Leaders; and Move to the Front: The Classic Guide for Military Women.

Jo and her husband, retired Army Colonel Johnny Rusin, live on the Mississippi Gulf Coast with several rescued Labrador and Golden Retrievers. For more information about Jo Rusin and her books, visit her website.