In today’s post, I’m going to share some neat facts and good to know information about retired four-star Army General Larry Ellis. Although I never had the pleasure to serve with him, it would have been an honor to do so.

He was a respected Army leader and is an excellent businessman. General Larry Ellis embodies the term Leading From The Front. We will look at this Army General whose demeanor and perseverance commanded respect from both peers and subordinates. 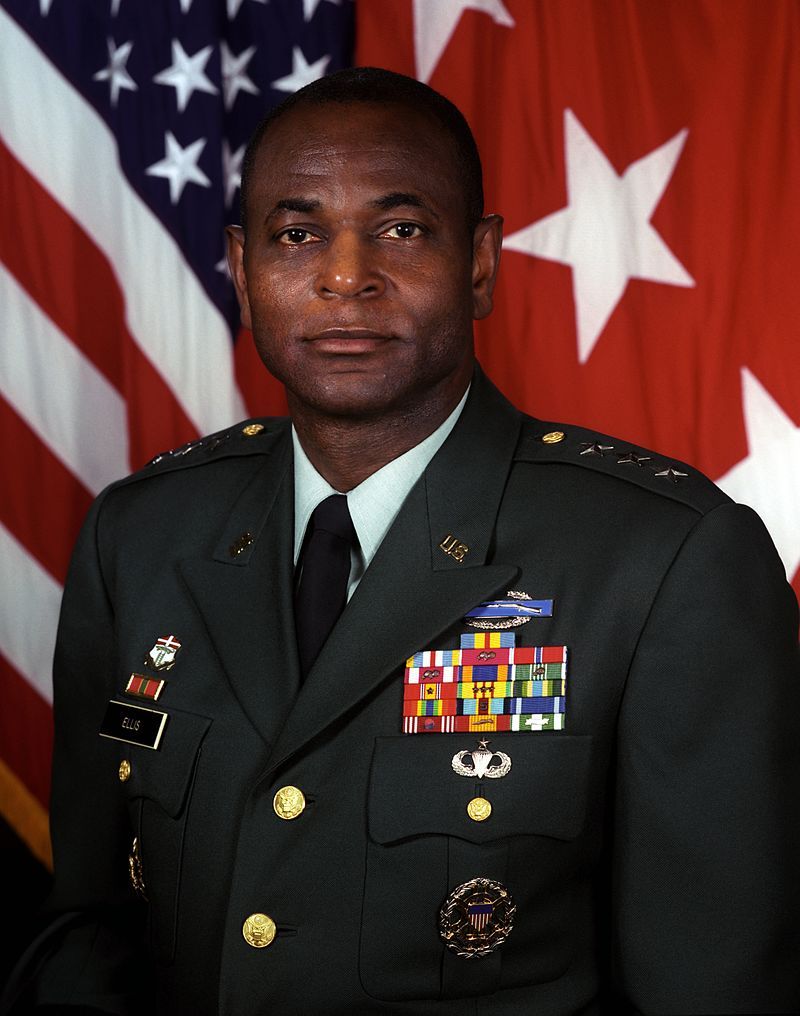 Larry Ellis was born in Cambridge, Maryland in 1946. Here’s what I learned about Cambridge.

Located on the broad Choptank River, the seat of Dorchester County dates back to 1684, making it one of the oldest colonial cities in the state. Originally a seaport community along the Choptank River, it has a rich maritime heritage that can be explored in museums, through historic district tours and river cruises. When James Michener was doing research for his novel Chesapeake, he reportedly called Cambridge’s High Street one of the most beautiful streets in America. He modeled his fictional city Patamoke after Cambridge. Many of the gracious homes on High Street date from the 1700s and 1800s. ~ Visit Dorchester

Living in Maryland, Larry attended Morgan State University in Baltimore where he earned a Bachelor of Science degree in Physical Education in 1969. During his time at Morgan State, Ellis was also a member of the National Society of Pershing Rifles (a drill team). After graduation, Ellis was commissioned a 2nd Lieutenant in the United States Army.

He completed Infantry Officer Basic Course at Fort Benning, Georgia in 1969 and Infantry Officer Advanced Course in 1974. In the 70’s, Larry attended Indiana State University and attained a Masters of Science degree in Physical Education in 1975. In 1979, he attended the Armed Forces Staff College, and in 1986, the United States Army War College.

As a young officer, Ellis was deployed to Vietnam where he gained leadership experience and learned about how war can effect Soldiers.

The Vietnam War, also known as the Second Indochina War, was a conflict in Vietnam, Laos, and Cambodia from 1 November 1955 to the fall of Saigon on 30 April 1975. It was the second of the Indochina Wars and was officially fought between North Vietnam and South Vietnam. North Vietnam was supported by the Soviet Union, China, and other communist allies; South Vietnam was supported by the United States, South Korea, the Philippines, Australia, Thailand, and other anti-communist allies. ~ Wikipedia

The commands Ellis held during his many years with the United States Army include:

When speaking of awards, General Ellis had a lot of weight on his chest when displaying his awards. They include:

While General Colin Powell was the first African American to Command the United States Army Forces Command, General Ellis was the second. He commanded FORSCOM from 2001 to 2004. During that time, He coordinated the deployment of over 500,000 Soldiers from 2001 to 2004, as well as the shipment of more than a million tons of equipment.

Forces Command trains and prepares a combat ready, globally responsive Total Force in order to build and sustain readiness to meet Combatant Command requirements. The vision of Forces Command is to provide combat ready and globally responsive Total Army Forces that are well led, disciplined, trained, and expeditionary that will win in a complex world.

Its organizations are expeditionary, campaign focused, and tailorable to provide combatant commanders the required capabilities to be decisive across the range of military operations. ~ FORSCOM website

It is a quote I love that General Ellis said when asked about his future plans when he was retiring:

I am sprinting to the finish line, moving 101 miles per hour, and have not slowed to consider what I will do following retirement.

After hanging up his boots, General Ellis transitioned to civilian life. Here’s what I found out about that:

Following his retirement from the United States Army, Ellis became President and CEO of DHB Industries, a manufacturer of body armor, and has served on the boards of SRA International, the Armed Forces Benefit Association, and Universal Systems and Technology. He is an Associate of Burdeshaw Associates, Ltd., a defense consulting firm. He received the Distinguished Alumni Service Award from Indiana University. ~ Wikipedia

In conclusion, General Larry Ellis is a leader of leaders. He had an amazing military career spanning approximately 35-years.

General Ellis, if you are reading this sir, we, at Part-Time-Commander.com would like to give you a heart-felt thanks for your many years of service. It was a JOB WELL DONE SIR!

If anyone reading this article had the pleasure of serving with General Ellis, please leave a comment below to share your experience. I look forward to hearing from you. Thanks. Hooah!