Originally, I wanted to write this article about the first female United States Army General. However, after doing my research, I discovered there are numerous success stories worth sharing.

Women have come a long way in the Army. For many years, there weren’t women officers in the Army. That didn’t happen until after WW2. Now, women can serve as Infantry Officers. Who knows what the future will hold? Maybe we’ll have a female Chief of Staff or Joint Chiefs of Staff in the future. 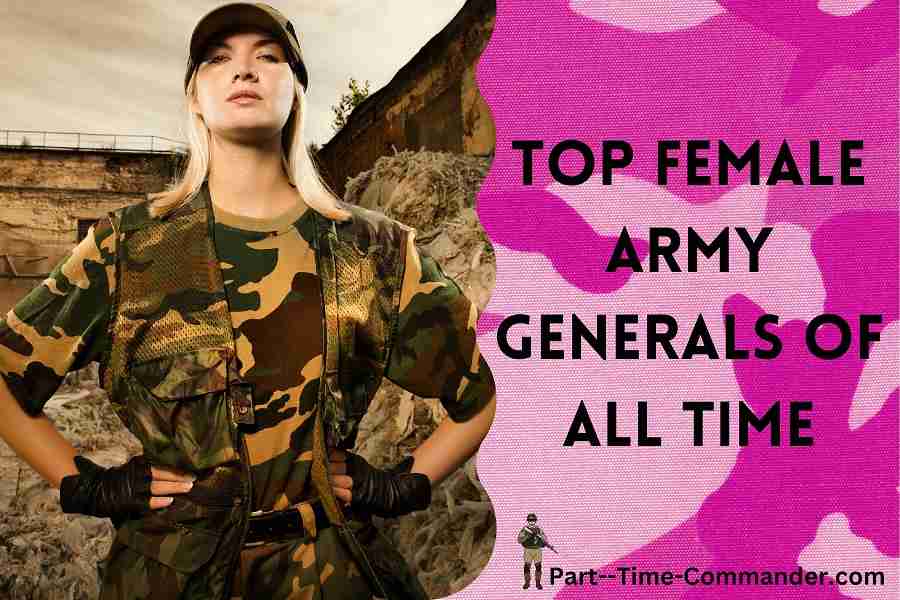 The year was 1947. The President of the United States was Harry Truman and Dwight Eisenhower was General of the Army. It was the year of the first female Army officer. Her name was Florence Blanchfield. General Eisenhower appointed her as Lieutenant Colonel in the United States Army making her the first woman to hold a permanent Army officer rank.

Florence Blanchfield was an excellent choice to be the seventh superintendent of the Army Nurse Corps. The “Little Colonel,” so called because she was only 5′ 1″ tall, was thoroughly conversant with the workings of the superintendent’s office and familiar with all the key people in the Surgeon General’s Office. Her assistants confided that Blanchfield could “keep her mind on eight things at once,. . . she has the memory of a super Quiz Kid for facts and figures.” ~ Army Nurse Corps Association

It would be a long time before a female would attain a rank of General in the Army. When it finally happened, it was not one, but two women who were promoted to the rank of Brigadier General. On June 11th, 1970 these two women had the STAR pinned on their shoulders, something many people never expected. General Westmoreland promoted Brigadier Generals Anna Hayes and Elizabeth Hoisington.

Both women had entered military service during World War II in 1942 and served with distinction throughout their military careers. At the time of their promotions Col. Hays was chief of the Army Nurse Corps and Col. Hoisington director of the Women’s Army Corps. The parallels of their careers continued one year after their promotions, when both women generals retired in August 1971. ~Genealogy Bank

History had been made! In the paragraphs below, I will highlight several female Army Generals and give you a slight biography of each starting with the first two.

Anna was born in 1920. She gained a diploma in nursing and joined the Army Nurse Corps in 1942. Anna was stationed in India during World War II and she also served in Korea. Anna then was in an academic position at Walter Reed Hospital.

In 1967, she became the Chief of the Army Nurse Corps, and she traveled to Vietnam several times. Promoted to Brigadier General in 1970, Anna retired in 1971. Her highest award was the Legion of Merit with one Oak Leaf Cluster.

Elizabeth served in France during World War II. She served during Korea and spent time working in the Pentagon. In 1965, Elizabeth was appointed Director of the Women’s Army Corps and visited Vietnam several times.

Elizabeth also retired in 1971 after being promoted to Brigadier General in 1970. Her highest awards were: 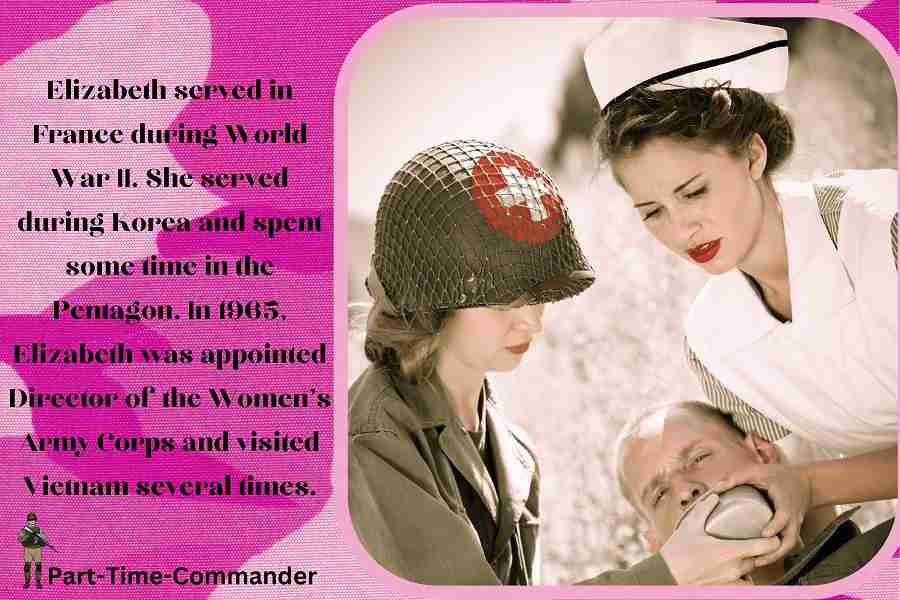 Awards Hazel attained consisted of the Distinguished Service Medal, the Legion of Merit, the Meritorious Service Medal, and the Army Commendation Medal with Oak Cluster.

This is an amazing woman! Born in 1954, Dr. Cornum studied biochemistry and wanted to become a flight surgeon.

During the Persian Gulf, she was on board a Blackhawk Helicopter and they were shot down. Dr. Cornum was captured and had to endure torture and abuse. Brigadier General Cornum retired from the Army in 2012. She wrote and published the book: She Went to War: the Rhonda Cornum Story.

Serving in the U.S. Army from 1979 – 2011, Colleen was the first female to hold the title of Provost Marshal. She was the Commanding General of the United States Army Criminal Investigation Command.

Now a Judge for the United States Court of Appeals for Veterans Claims, Coral served in the U.S. Army and Army Reserve from 1974 – 2007. She retired as a Brigadier General. While in the Army Reserve, she deployed to Iraq during the Iraq War.

Born in Germany in 1947, Lieutenant General Kennedy rose through Army ranks in Intelligence. She did two tours in Germany and one tour in South Korea. Claudia retired from the Army in 2000 with 31-years of service. Her awards include Legion of Merit with three Oak Leaf Clusters, the Defense Meritorious Service Medal and the Meritorious Service Medal with three Oak Leaf Clusters.

Now retired, Susan was the first female to hold the Chief Information Officer designation. She joined the Women’s Army Corps in 1972 and was commissioned in 1979.

In 2011, Lieutenant General Horoho became both the first female and the first nurse to become the Surgeon General of the Army. In 2008, Patricia assumed command of the Army Nurse Corps.

General Dunwoody carries the distinction of being the first female to reach 4 stars. Born in 1953, Ann served in the Army from 1975 – 2012. She was nominated as Commanding General, U.S. Army Materiel Command. She served in the Persian Gulf War and has numerous awards that include:

She became the first female battalion commander for the 82nd Airborne Division in 1992 and the first female general at Fort Bragg, North Carolina, in 2000—a position she ascended to from her first assignment there, as division property-book officer. For her service she was decorated a number of times, receiving the Distinguished Service Medal and the Defense Superior Service Medal, among other awards. ~ Britannica 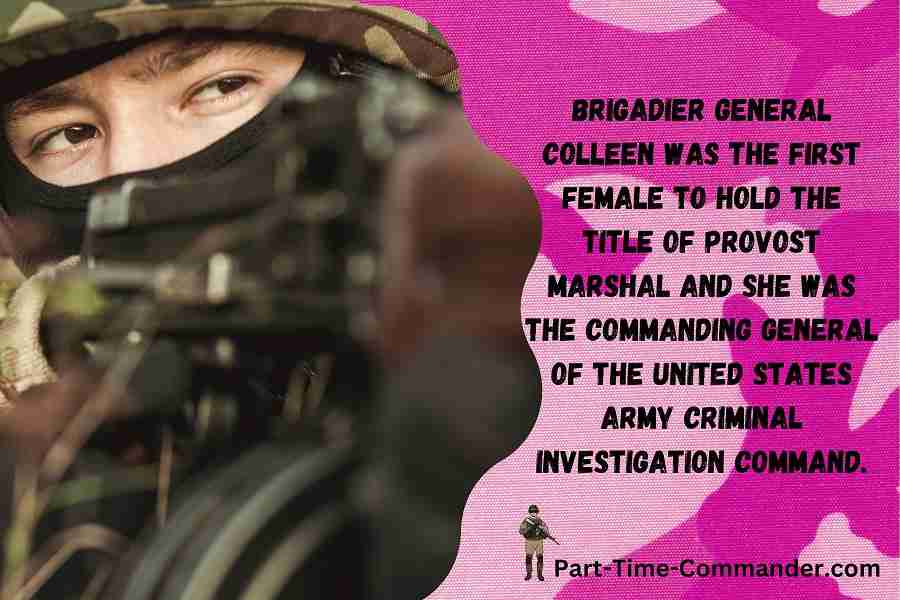 The above women are now retired.

The following females are still on active duty in the United States Army:

In conclusion, these are the top female Army Generals in the U.S. Army. Women have continued to serve our nation with honor and pride. More importantly, women continue to climb the ranks and hold important leadership positions.

I believe all Army women owe that to the first two female Army Generals because they pushed for more women to be promoted. I want to thank all females who serve. You have helped grow our force into a solid, fearless structure.

Please leave your questions and comments below. Thank you.