Have you had dreams of being a fighter pilot? Don’t tell me you watch Tom Cruise in Top Gun every weekend because of your obsession….

The F-15 is one “bad ass” fighter plane and there are some Air National Guard units who have F-15’s to use in their units.

In today’s post, I will tell you what National Guard units in the USA have F-15’s. If you have the passion to fly an F-15, you may want to consider joining the Air National Guard in one of these States.

The F-15 is a twin engine American fighter plane that was designed by McDonnell Douglas and made its first flight in 1972. It was put into service for the United States military in 1976.

The F-15 is considered the most successful fighter planes ever with a 100+ victory rating and 0 losses. Other countries that use the F-15 are:

It was during the Vietnam War that the Air Force began calling for a fighter aircraft that could maintain speed and control with the Soviet MIGs.

We can say some good came from the war in Vietnam as the F-15 created a path to air superiority for the United States.

There are many variants of the F-15. The majority can carry these weapons:

The F-15 Eagle is an all-weather, extremely maneuverable, tactical fighter designed to permit the Air Force to gain and maintain air supremacy over the battlefield. ~ Air Force 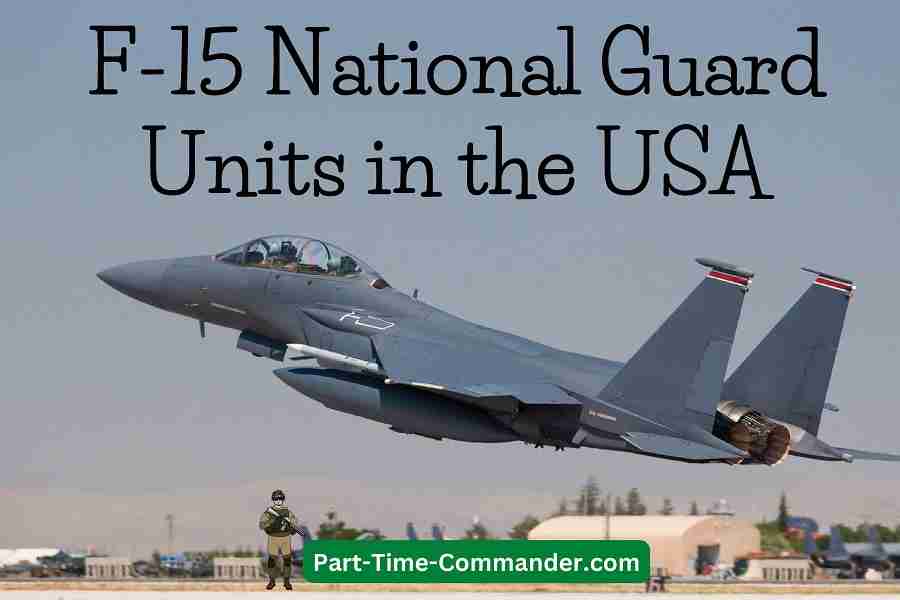 This is the list as I could find it. If you know of any others, feel free to share in the comment’s section at the end. Some are at minimal use while others are slated to transition.

They were first activated in 1942 as a bombardment unit and took part in World War II and the invasion of Italy.

When returning from Italy, they were allotted to the Oregon National Guard but soon moved to New York. Because of financial restraints, the 114th was inactivated in 1958.

In 1983, the 8123d Fighter-Interceptor Training Squadron was organized in Oregon but was soon changed to the 114th again. In the late 1980’s, the 114th was equipped with F-16s which were retired and F-15s became the Squadron’s air vehicle. They now use F-15 Eagles.

During the North African Campaign, the squadron engaged in tactical bomb strikes of enemy targets, primarily in eastern Algeria and Tunisia, including railroads, airfields, harbor installations, and enemy shipping along the Mediterranean Coast. ~ Wikipedia

Part of the Louisiana Air National Guard, the 122nd is based at Naval Air Station Joint Reserve Base in New Orleans, Louisiana.

The 122nd Fighter Squadron is a direct descendant of the 122nd Observation Squadron which was formed in 1940.

In 1957, they became the 122nd Fighter Squadron and started with the F-86s. They flew some missions over Iraq during the Gulf War and after 9-11, the 122nd was tasked to fly regular missions over major U.S. cities in defense mode.

Headquartered at Portland Air National Guard Base, Oregon, one of their first missions was protection of the West Coast after Pearl Harbor.

The 123rd has won several “Top Gun” awards at competitions. They have also deployed to both Turkey and Saudi Arabia to fly missions over Iraq. They also deployed to Panama to participate in counter-drug missions.

The 123rd continues consistent air defense of the West Coast and is a Squadron no one should reckon with.

Based at Barnes Air National Guard Base in Westfield, Massachusetts, the 131st was originally formed in 1942 as the 333rd Fighter Squadron in Hawaii. They fought in the island jumping tasks during World War II in the Pacific.

Because of their abilities, they were given P-51 Mustangs and deployed to Iwo Jima. In 1946, they were inactivated. That same year they were activated as the 131st in the Massachusetts Air National Guard to defend the East Coast.

For many years, the 131st flew A-10 Thunderbolts but in 2005, the Department of Defense ordered the A-10s to be sent to the Maryland, National Guard and the 131st received F-15s.

The Squadron has deployed several times to provide air support in the Middle East.

Formed during World War II in 1942, the 159th is based at Jacksonville Air National Guard Base, Florida.

The 159th provides air defense for the Southeast United States.

During World War II, the Squadron flew escort on many bombing missions. In 1946, the unit became a part of the Florida National Guard.

The 159th was deployed to serve in missions over Korea and was awarded the Korean Service Citation with Bronze Service Stars.

The 159th has had many fighter aircraft… 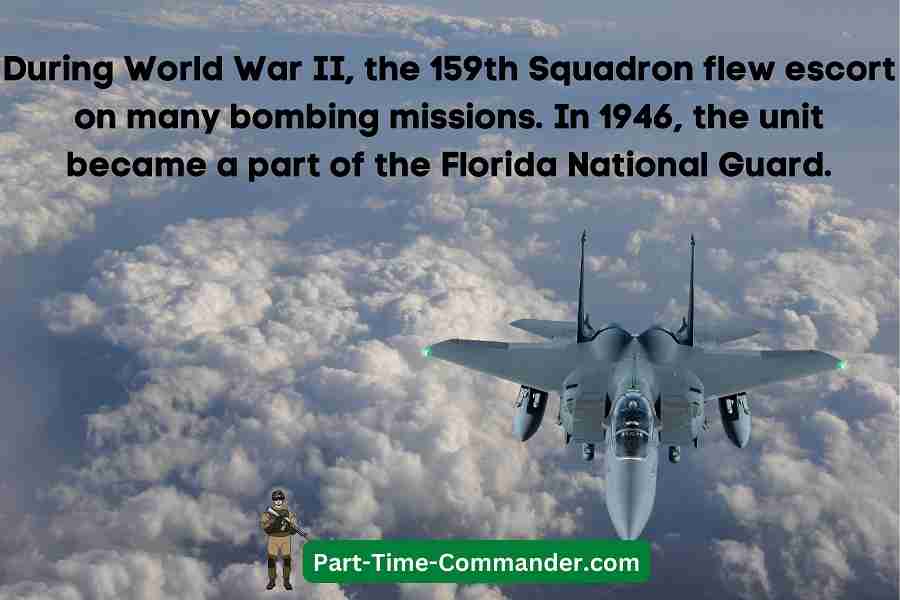 The 194th earned great respect as one of the Air Force’s most respected aerial gunnery competitors.

They are known as the Griffins and the pilots manning those F-15s are ready and able to defend the West Coast.

Those are the National Guard F-15 Units I am aware of.

Has any of you been attached to any of these units?

Just post any comments and questions below. Thank you!