There are many civilians, and even a few military people that do not completely understand the Distinguished Service Cross (DSC). My goal is to help fix that. The DSC is highly respected, and anyone who has been awarded it has every right to be proud.

In today’s post, I have done some extensive research and will provide you with some interesting information. These are 10 things you should know about the Distinguished Service Cross.

What do you know about the DSC? Let’s test your knowledge of the award and see what you can learn!

The Army Distinguished Service Cross is the second highest award an Army officer or soldier can attain. The only award that is higher is the esteemed Congressional Medal of Honor. The equivalents in the other service branches are the Navy Cross (Navy and Marines), the Air Force Cross, and the Coast Guard Cross.

# 2: No Comparison To The Distinguished Service Medal 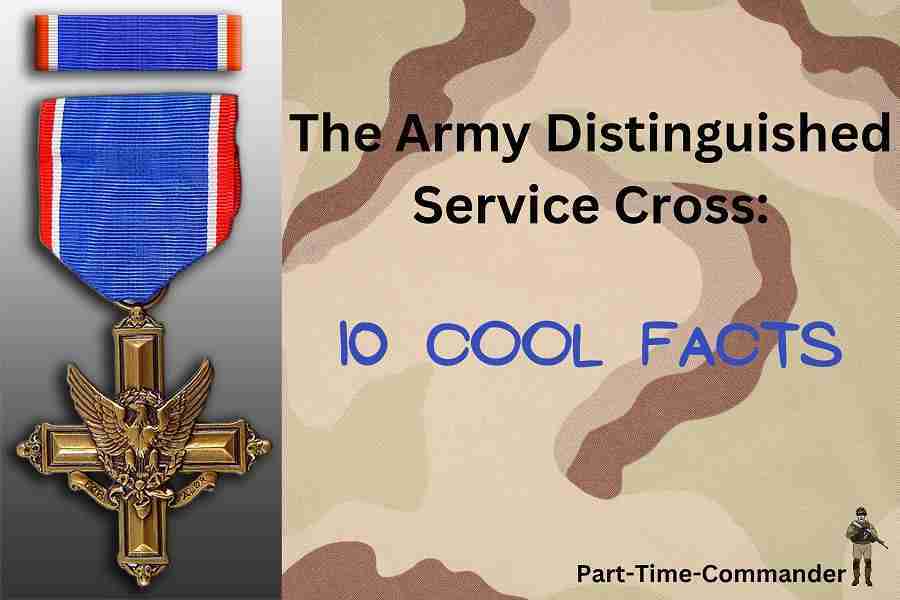 I mentioned in #3 about Certificates of Merit being upgraded to the Distinguished Service Cross. The earliest of these were in the Indian Campaigns in which seven awards were issued. Those lasted from 1861-1898.

Since its establishment, over 13,000 of these prestigious awards have been awarded. The amount in each branch are:

These service members risked their lives and limbs in service to the United States of America.

The act or acts of heroism must have been so notable and have involved risk of life so extraordinary as to set the individual apart from his or her comrades. ~ Smithsonian

The Distinguished Service Cross is awarded to anyone serving the United States Army who shows extreme heroism while engaged against an enemy of the United States, but does not justify awarding the Medal of Honor. The act must be so noteworthy and of risk to their own lives that it sets that person apart from all others in the same unit.

# 7: Two Famous People Who Received It

It probably isn’t something you must know, but it is quite interesting all the same. These are two famous people you may not know were awarded the Distinguished Service Cross:

During the first wave of the Allied invasion of southern France, Murphy received the Distinguished Service Cross for action taken on 15 August 1944. After landing on Yellow Beach near Ramatuelle, Murphy’s platoon was making its way through a vineyard when the men were attacked by German soldiers. He retrieved a machine gun that had been detached from the squad and returned fire at the German soldiers, killing two and wounding one. ~ Wikipedia

# 8: Generals Who Were Awarded The DSC

The United States had some of her greatest leaders earn the Army Distinguished Service Cross. When a leader risks their life for their soldiers, you know you reside in a great country. These are Generals who have been awarded the DSC: 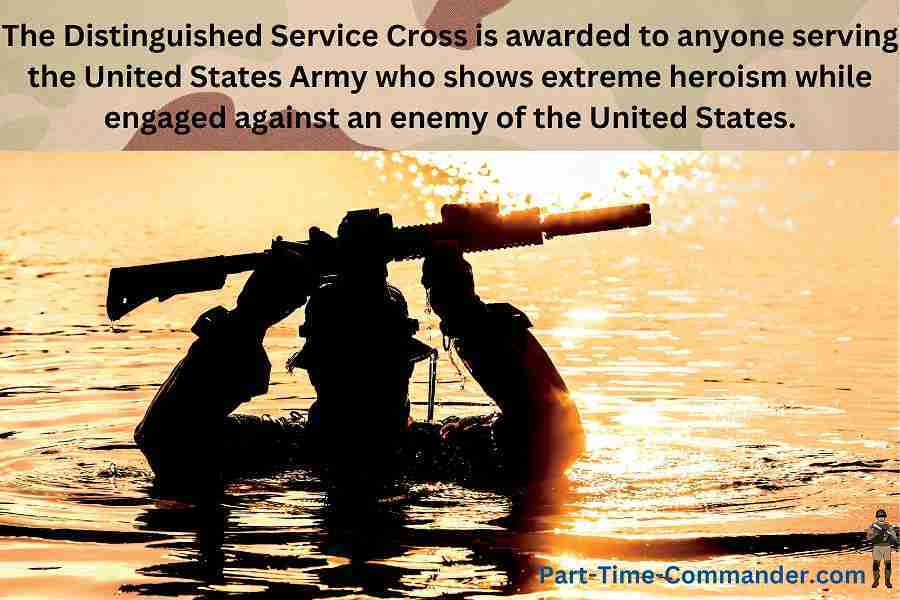 We must remember there have been non-citizens who have laid their lives on the line for the U.S. In research, I discovered people of these nationalities have been awarded the Distinguished Service Cross:

# 10: Most Awards Earned by One Person

He earned an amazing 10 Distinguished Service Crosses, but one was taken away…it was upgraded to the Medal Of Honor. Major Eddie Rickenbacker was one of the greatest fighter pilots the United States ever had. His service during World War I earned him a wide range of awards.

In summary, the Distinguished Service Cross is a prestigious military award for heroism. It’s second, right behind the Congressional Medal of Honor. Anyone nominated or awarded the DSC should be proud of their military service.

If you or someone you know has earned this honor, please tell us about it.  Just leave a comment below to do so. I hope you learned something in this post…I know I learned a lot in researching for it. Thank you.

2 thoughts on “The Army Distinguished Service Cross: 10 Things You Should Know About It”