Do you realize you have a weapon at your fingertips right now?

In these days of technological marvels, we also have discovered a new level to war.

For several years, nations have been developing their systems to include the ability to defend and attack through digital means instead of conventional means.

A full-blown case of cyber war could be devastating and civilians would be affected in a much deeper way than by conventional war. 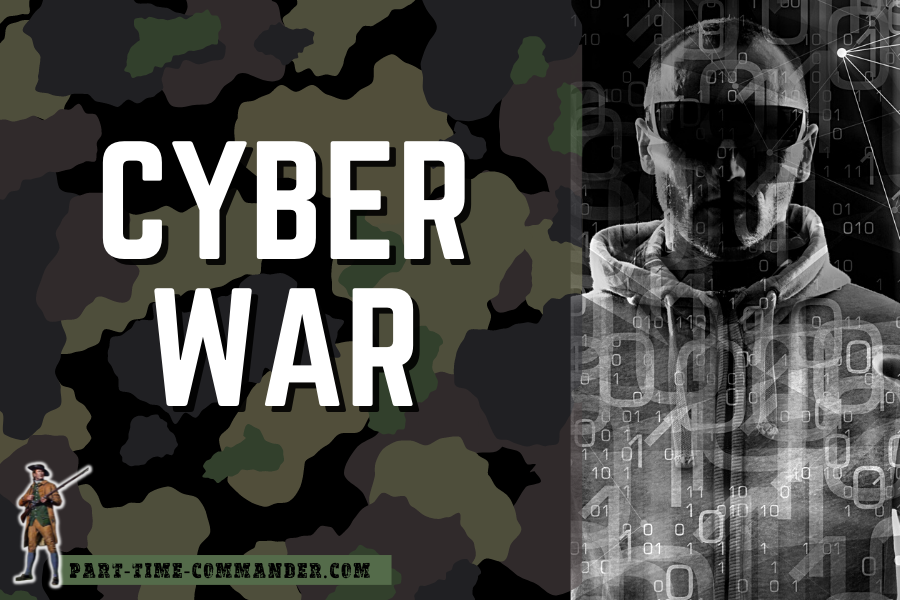 You are chatting with your friend on Facebook Messenger.

Oh well, it happens, but as you try to go through the door at your bank so you can deposit the check you received in the mail yesterday, the door won’t open.

You peer through the door and see people frantic to get out, and the security guard is holding them.

You look around; the bank must be getting robbed.

You must call the police, but your phone isn’t working.

You see the squad car and start yelling.

Pulling over, you start telling the officer who looks at you and says, “No sir, I don’t think it is being robbed. Yesterday, our President declared Cyber War on Russia and China, and now every computer system is out.”

The cop turned his squad car computer and on the screen it had Chinese letters and a Russian flag in the background.

Our complete cyber system had been attacked.

You start to panic, but with the experience you had in Iraq, you know that panic is not the answer.

You realize that your Father is on being treated digitally at the kidney dialysis center, so you race there.

Arriving, you see some of the personnel around the doorway.

They broke the door to open it and as you ask, they turn to you with tears and looks of fear.

Your Father’s aide comes to you and grabs you in a hug; “I am so sorry, but your Father is gone.”

Cyber War could kill many more than any conventional war.

Lifelines could be shut down.

Police, fire and ambulance systems would be inoperable.

With a very sophisticated cyber attack, the computers in vehicles, planes, subways and more could be shut down.

No electricity and no water.

People panicking because they cannot contact their loved ones.

And all of this because the President was upset because emails were hacked and leaked. 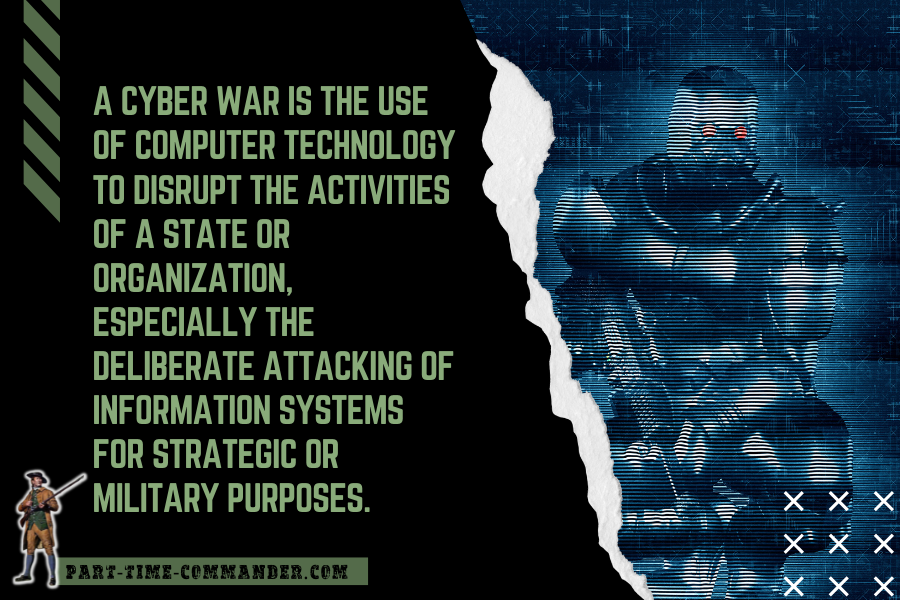 Am I Going Overboard?

Some may think so, but if you really could see the possibilities, you may open your eyes further.

I will say that the United States military has seen the possibilities and have been working night and day in cyber defense and offense capabilities.

Worry will get you nowhere.

What will help you is to protect your assets.

Make a plan with your family in the case of something this devastating.

Have a meeting place and try to learn survival techniques that do not use any type of cyber technology.

In many ways, we have become too dependent on computer operated equipment.

Who Are The Cyber Superpowers?

The answer to this question can be quite difficult.

But when we really consider all we know, the primary cyber players are:

But there are many other countries that have capabilities to both defend and attack using cyber weapons, not to mention the variety of groups and individuals who have demonstrated they can also inflict cyber sabotage.

There are 2 countries that have no problem attacking United States interests.

Iran and North Korea have showed the world they are both willing and able to use cyber means to inflict damage.

North Korea is believed to be behind many cyber attacks with the most notable one being against Sony.

In September, James Clapper who is the Director of National Security testified before the House Permanent Select Committee on Intelligence. He said:

“Overall, the unclassified information and communication technology (ICT) networks that support US Government, military, commercial, and social activities remain vulnerable to espionage and/or disruption, will cost the U.S. in terms of economic competitiveness and national security.”

Attacks Against Both Governments and Private Corporations

I started examining hacks, breaches and attacks using cyber means and it can actually be quite disturbing when you consider it.

I am going to list some of the huge ones in the past few years:

What I listed here comprises maybe 1/10th of 1 percent of cyber attacks.

On a daily basis, attacks are being attempted.

As a website owner myself, I find hackers trying to intrude many times over during a day’s time.

Many of the attempts come from China and Russia.

I enjoy researching the scrolls at hackmageddon.com.

Yo are seeing just a few, and excuse me but I just realized an error I made. These were all done in days, not months.

All of these happened in May of 2016 along with hundreds more. 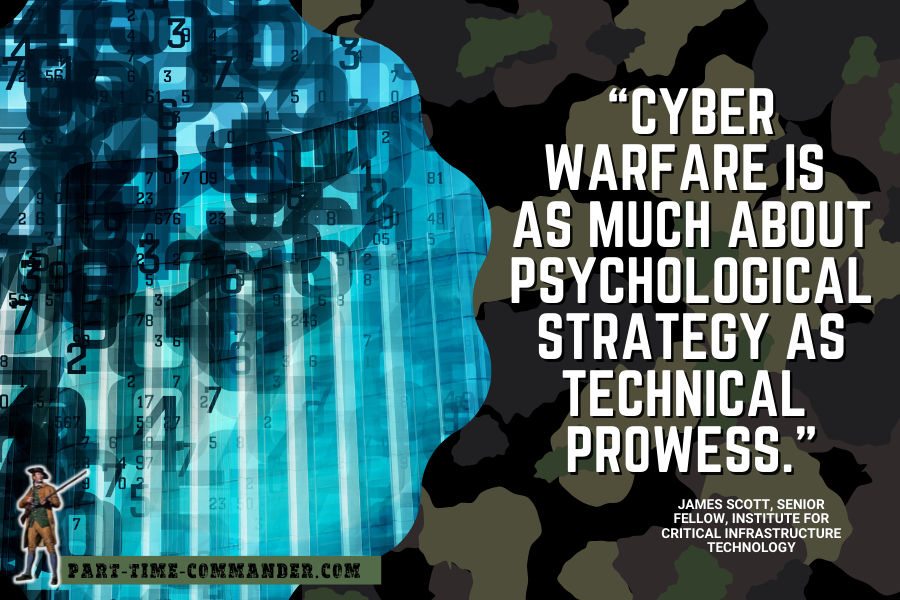 Cyber War is on people.

If you think I am being paranoid, you should awaken.

Personally, I am going to protect my assets.

So what are your thoughts?

Who do you think leads the stage in Cyber Warfare capabilities?

As I was writing this post, a cyber attack was unleashed across the United States.

Dyn, Inc. was attacked with a denial of service hack attack.

Dyn hosts a major part of the internet and it caused many major websites to have issues.

Those websites hit with temporary outages were:

just to name a few.

Where did the attack come from?

There is no absolute answer to that question yet, but it is believed there has been a virus installed into a plethora of personal computers which all began sending data to the Dyn servers overloading them.

Yes, it was fixed shortly, but it is my understanding that there were several attacks within a short period of time.

Will we see more of these types of actions?

I would count on it.

Just be prepared for the worst and hope for the best.

Believe it or not, we lived without the internet in the old days.