Platoon names are important because they help “identify” the platoon. Having a good name will also improve morale and enable Soldiers to be part of a team with its own unique identity.

While I was in Company Command, we chose the term “Spartans” for our company name. My Soldiers chose this name because it is closely affiliated with proven, strong, and competent warriors. In addition, each one of my platoons had their own unique name. This had a huge, positive impact on unit morale.

You may choose a different platoon nickname based upon the mission of your platoon. For instance, if your platoon is a transportation platoon, several example platoon names could include:

Choosing cool team names can be difficult as you’ll want a group consensus. There will more than likely be some team members who aren’t “all in” on the team name. Do you incorporate your location? An animal? A color? These are all considerations to make when choosing a name for your group. ~ Ideas for Names

In my opinion, the actual name of your platoon is far less important than simply having a platoon name. Even if your platoon name sounds different, don’t fret. As long as it is non-offensive and your Soldiers like it, you are good-to-go.

Each time a platoon is called to attention, all Soldiers sound off with the platoon name. The platoon name is also used as the greeting of the day when Soldiers greet their officers and NCOs.

Personally, I’ve found that having a platoon name is a great way to improve unit morale. Plus, it’s really easy to do. 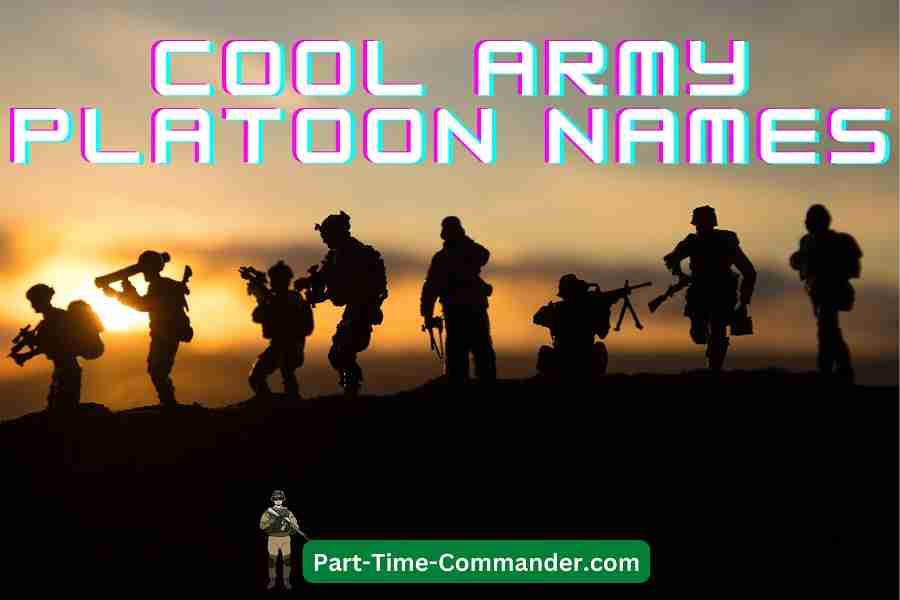 Here is a short list of example cool Army Platoon Names, just to get you thinking:

How to Come Up with a Platoon Name

The best way to come up with a platoon name is to take suggestions for platoon names from your Soldiers. Once you have three to five good options to choose from, put it to a vote among everyone in the platoon.

Don’t make the mistake and just pick a platoon name yourself (make a note of that Platoon Leaders). Remember, you want your Soldiers to “buy-in” to the idea. That won’t happen if you don’t get their input and let them choose the platoon name.

Here is some additional advice.

If you are a new Platoon Leader and your platoon already has a platoon name, don’t be too quick to change it. Seek input from your Platoon Sergeant and other NCOs about whether or not they are happy with the platoon name.

A funny military squad name does not mean your team is incompetent. If anything, it says otherwise; you and your unit are having fun at your job. ~ Find Team Names 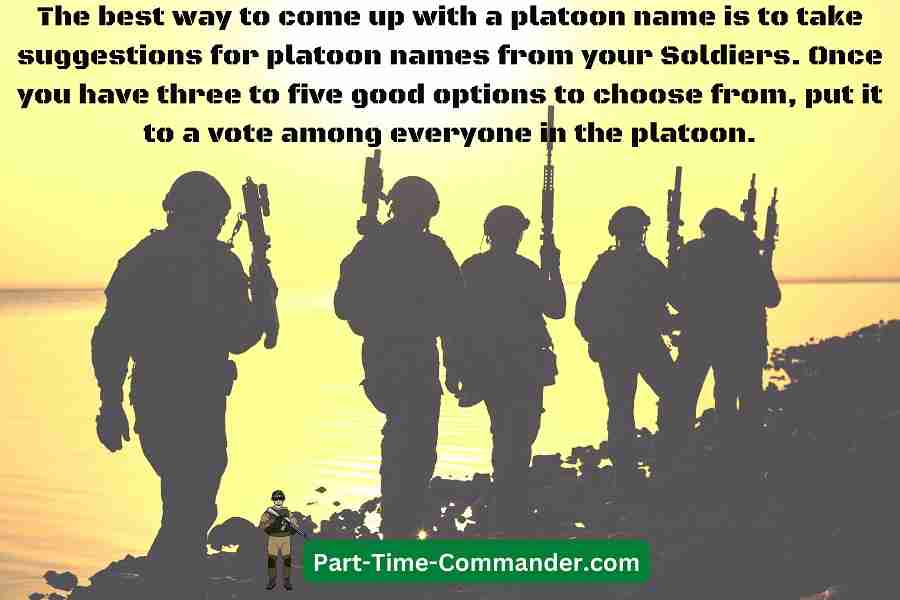 I would love to hear your thoughts about having a platoon name. What are some suggested names you can think of? How did you pick your platoon name? To share your thoughts, just leave a comment to this post down below. Thank you.

If you’re serving at the platoon level or company level, in any capacity, you should order, read, and study this book. It is a masterpiece. The information you learn will help you LEVEL UP your performance.

Other Important, Must Read Articles: