If you’re like me, perhaps you’ve never heard of Camp Upton before. While doing my research online, I learned a lot of cool things about the place that I’d love to share with you.

How did Camp Upton begin? Here’s what I learned.

Camp Upton was established in 1917 to train the 77th Infantry Division (National Army), which was comprised of selective service inductees predominantly from New York, Connecticut, and Massachusetts. It had a capacity of over 43,000 Soldiers. ~ Veteran Voices

It is located in Yaphank, New York, in Suffolk County, Long Island. 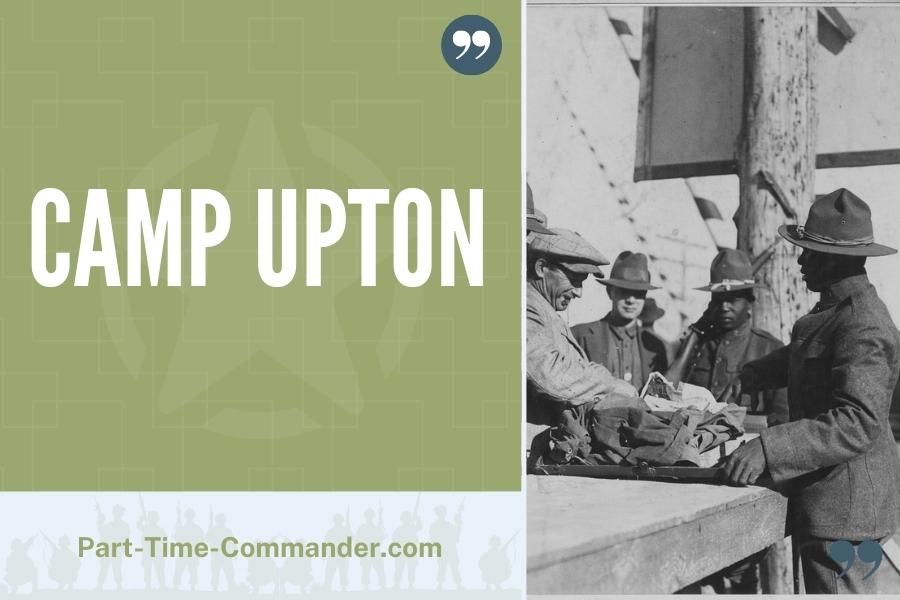 The camp was named after Emory Upton, a Union general of the Civil War. If you’ve never heard about him before, here’s what I found out about him online.

Emory Upton (August 27, 1839 – March 15, 1881) was a United States Army General and military strategist, prominent for his role in leading infantry to attack entrenched positions successfully at the Battle of Spotsylvania Court House during the American Civil War, but he also excelled at artillery and cavalry assignments. His work, The Military Policy of the United States, which analyzed American military policies and practices and presented the first systematic examination of the nation’s military history, had a tremendous effect on the U.S. Army when it was published posthumously in 1904. ~ Wikipedia

This camp played an important role during World War I. It trained Soldiers and demobilized Soldiers.

Thousands of men were trained at Camp Upton during 1917 and 1918 and went overseas. The first 2200 drafted men arrived on Sept. 10th and up to the end of October about 30, 000 men arrived. The camp was built to accommodate 37,000.That first winter of 1917-1918 was a hard one with lots of snow, ice and muddy roads in the spring, as most of the roads were  not hard surfaced at that time, and the only hard surfaced road out of the camp was the one to the Montauk highway, four miles distant. ~ Long Island Genealogy

Who took care of the incoming troops at the camp? From what I found online, the 152nd Depot Brigade handled this task. They prepared new recruits for service overseas and also out processed them at the end of the war.

In the spring of 1919, the Recruit Educational Center formed at Camp Upton. The purpose of this program was to enroll foreign born, non-English speaking, and illiterate Soldiers. Most of these Soldiers came from countries in Europe. These Soldiers were taught American values, learned our language, U.S. history, military protocol, and much more. Upon completion of the training they could serve in the military for three years and then become naturalized citizens.

# 7: The Buffalo Soldiers at Camp Upton

The Buffalo Soldiers from the 367th Infantry built and paid for the auditorium at Camp Upton.

Did you know that someone famous went through training at Camp Upton, New York?

Among the members of the 77th was one individual who was already famous, and whose fame would grow after the war: Sergeant Irving Berlin. While at Upton, Berlin wrote “Yip, Yip Yaphank,” a military musical based on his life at the camp. The show was produced on Broadway, with Berlin’s fellow soldiers filling the cast. From this show came one of Berlin’s most famous songs, “Oh, How I Hate to Get Up in the Morning.” ~ BNL.gov 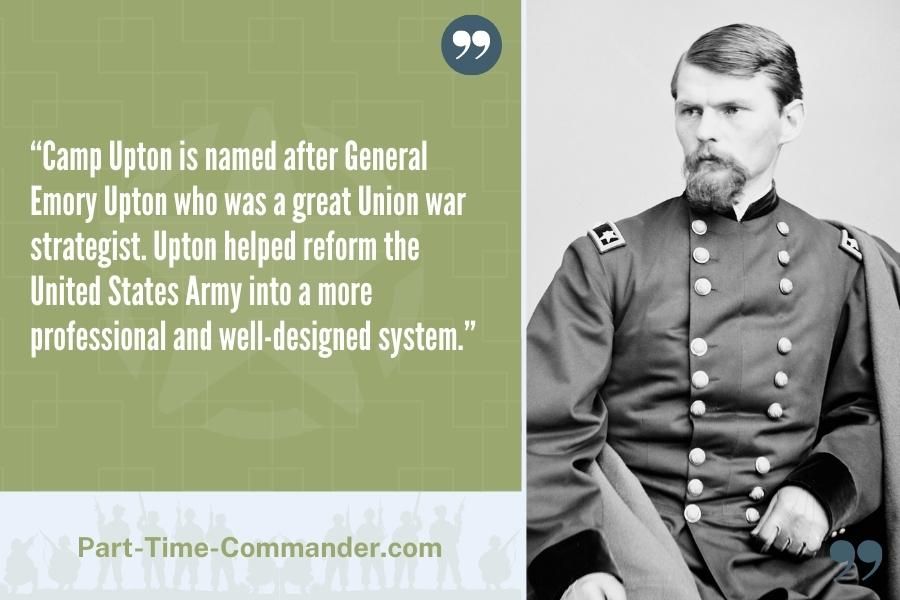 Between the world wars, the camp was used by members of the Civilian Conservation Corps, who planted many of the trees on the site. ~ Lipulse.com

The CCC provided jobs for young men. It also helped plant trees, conserve the forests, national parks, and farmlands across the country. In a nutshell, they were improving the beauty of our country.

During World War 2, it served as a Port of Embarkation of the U.S. Army. It also served as a Japanese Internment Camp. So, what happened to the camp after the war?

After the conclusion of World War II, Camp Upton served as the site for the Brookhaven National Laboratory, built in 1947.  This cutting edge facility, which still existed as of 2019, was established as a center for the study of physics, chemistry, biology, medicine, applied science, and a wide range of advanced technologies. The Laboratory employs nearly 3,000 scientists, engineers, and support staff plus an additional 4,000 visiting researchers from around the world. ~ WGP Foundation

In conclusion, Camp Upton has a cool history and it was the site where many famous Soldiers once slept and ate before fighting for our freedom.

Do you have anything you would like to add about Camp Upton? If so, leave a comment below to let me know what you think. Thank you.

If you’d like to learn more about this historic camp, check out the book you see below.