Today, we are going to take a look at Article 126 of the Uniform Code of Military Justice (UCMJ). Many of us wonder why anyone in the military would ever face an Article 126, but it does, and has happened. Hopefully never to you or anyone you know because this is a major violation of the UCMJ.

The UCMJ is military law that applies to U.S. service members on Active-Duty, and in the Reserves and National Guard. Article 126 of the UCMJ covers arson, which is burning a dwelling or any other structure willfully and maliciously.

Arson is a crime of willfully and maliciously setting fire to or charring property. Though the act typically involves buildings, the term arson can also refer to the intentional burning of other things, such as motor vehicles, watercraft, or forests. ~ Wikipedia

The Key Is Willfully And Maliciously

There have been some cases where an accidental fire happened and a service member was charged with an Article 126. It is the responsibility of prosecutors to prove beyond the shadow of doubt that the accused had malicious intent.

Malicious intent is a legal notion that may affect different areas of the law, both civil law and criminal law. 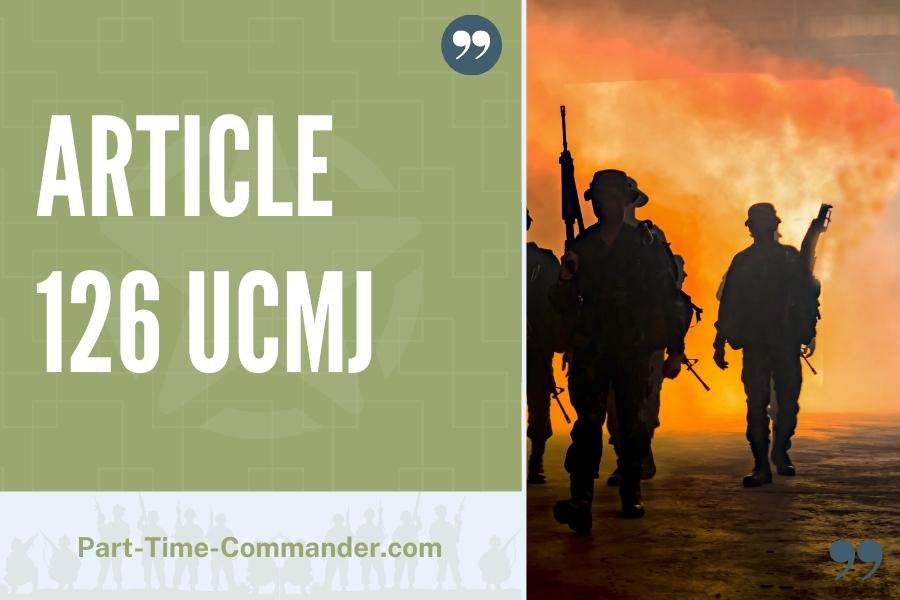 There are two types of arson:

Both types require prosecutors to prove ownership of the dwelling or structure.

Why It Can Be Difficult For Prosecutors To Prove

There are many factors that come into play in convicting a service member of an Article 126.

If A Person Is Found Guilty

A conviction of an Article 126 carries terrible consequences. For aggravated arson:

There are two structures for simple arson:

If you’re accused of this crime, be sure to hire proper legal guidance. Here’s what I found online (keep in mind I am not an attorney):

You don’t stand a chance in your trial unless you know what you’re up against. And you must understand before you walk into your trial that the military and its prosecutors will stop at nothing to see you convicted, dishonorably discharged, and thrown into jail. Period. We’ve seen it time and time again. 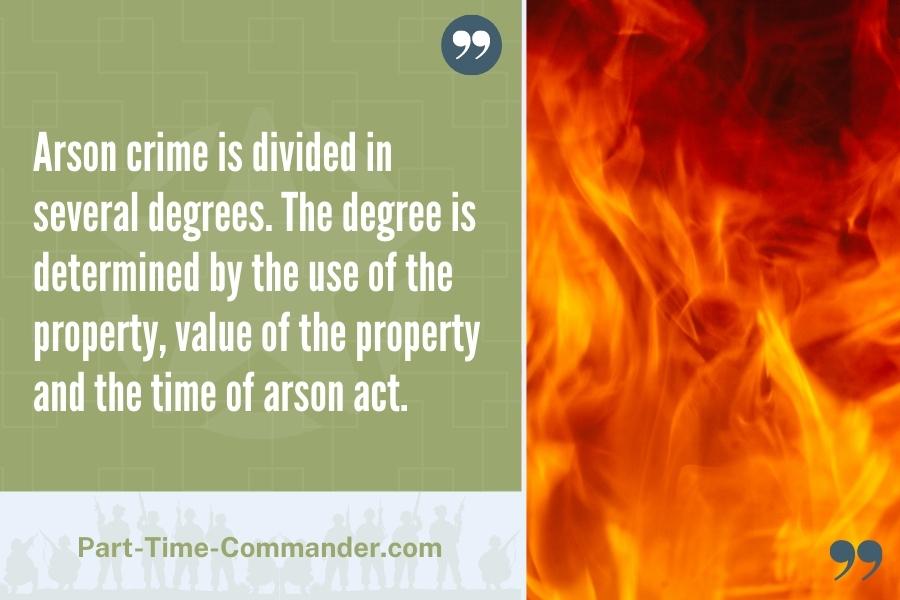 I really hope that no one reading this article will ever have to face an Article 126.

Please be careful when handling flammable materials. Many service members have been charged with this offense because of an accident.

While we are not attorneys, you are free to ask any questions and we will attempt to get an answer to you. If you or anyone you know is facing an Article 126, we strongly recommend you get an attorney experienced in military law.

I hope this helps you understand the UCMJ Article 126 Arson.

Please leave your comments and questions below. Thanks.