In today’s post I’m going to educate you about the Army Warrior Task Training. I will provide a brief overview, explain how they work, share some suggested resources, and cover what I believe are the top 10 Warrior Tasks every Soldier should know.

What is an Army Warrior Task?

Whether you are a cook, communications specialist, intelligence analyst, or infantryman, you are a SOLDIER first. In addition to being able to do your MOS related duties, you must be able to shoot, move, communicate, and survive on the battlefield. That means Soldiers must have basic fundamental knowledge on tactics, fighting, and winning on the battlefield.

These are known as the Army Warrior Tasks. The tasks include basic things such as firing your weapon, reacting to contact, land navigation, first aid, and communicating on a radio. As of 2011, there are 39 different Warrior Tasks.

The Army identified warrior tasks and battle drills (WTBD) that enhance a Soldier’s readiness to fight on the battlefield. Warrior tasks are a collection of individual Soldier skills known to be critical to Soldier survival. Examples include weapons training, tactical communications, urban operations, and first aid. Battle drills are group skills designed to teach a unit to react and survive in common combat situations. Examples included react to ambush, react to chemical attack, and evacuate injured personnel from a vehicle. WTBD increases the relevance of training to current combat requirements and enhance the rigor in training. The driving force behind the change comes from lessons learned. Standards remain constant but commanders must be aware that the enemy adapts at once and Soldier training will change sooner because of current operational environments. ~ IDOC.pub

Each task has its own title, task number, conditions, standards, training and evaluation guide, and references. The best place to find this information is in STP 21-1-SMCT. 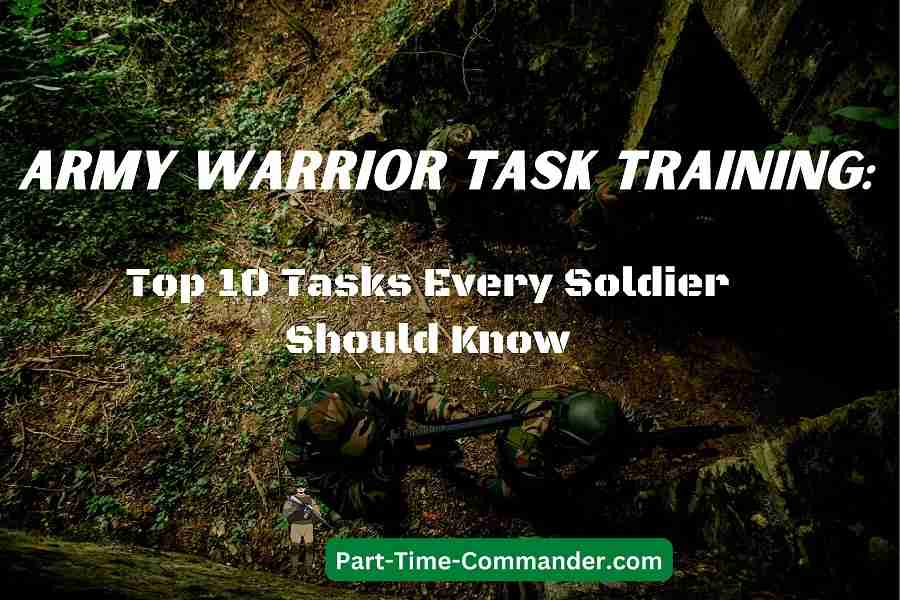 I should start out by telling you that all Army Warrior Tasks are important. To say one is more important that the others is pretty hard to do. Soldiers must know how to do ALL of these tasks to be competent in combat. That being said, I’m going to take my best shot at picking the top 10 tasks on the list. You may agree or disagree with the ones that I choose. That’s fine with me.

Without a doubt, I will put this as the most important WTT because Soldiers must know how to shoot their assigned M4/M16 weapon, especially in combat. As far as I’m concerned, Soldiers who can’t qualify with their assigned weapon shouldn’t even be allowed to be in the Army. You must be able to engage a target accurately from numerous distances.

I’m a big fan of the laws of war. I know our enemies have done some shady and illegal things in Afghanistan and Iraq. I’d be foolish to think that the U.S. is completely innocent either. The bottom line is that Soldiers must do the right thing and act humanely, even in combat. Soldiers must know what behavior and actions are acceptable, and what isn’t acceptable.

Soldiers need to know what to do when the bullets start flying. Whether it is direct or indirect fire, Soldiers must know how to keep themselves safe, defend their area of operations, and kill the enemy. The last thing you want to happen is have one of your Soldiers or leaders “freeze” when the bullets start flying. You must know how to get your team (and yourself) to safety.

When/if your buddy gets shot or hurt on the battlefield, you must know how to properly evaluate them to determine if they are okay or need help from the medics. You must be able to identify serious injuries from minor injuries.

Everyone needs to know how to communicate on a radio. If a leader, or the radio operator, gets shot someone else must pick up the slack. You need to know how to call higher headquarters and how to contact your subordinates. More importantly, you need to know how to turn a radio on and off, change the battery, the military alphabet, proper call signs, how to set it to the right frequency, and make it operational. 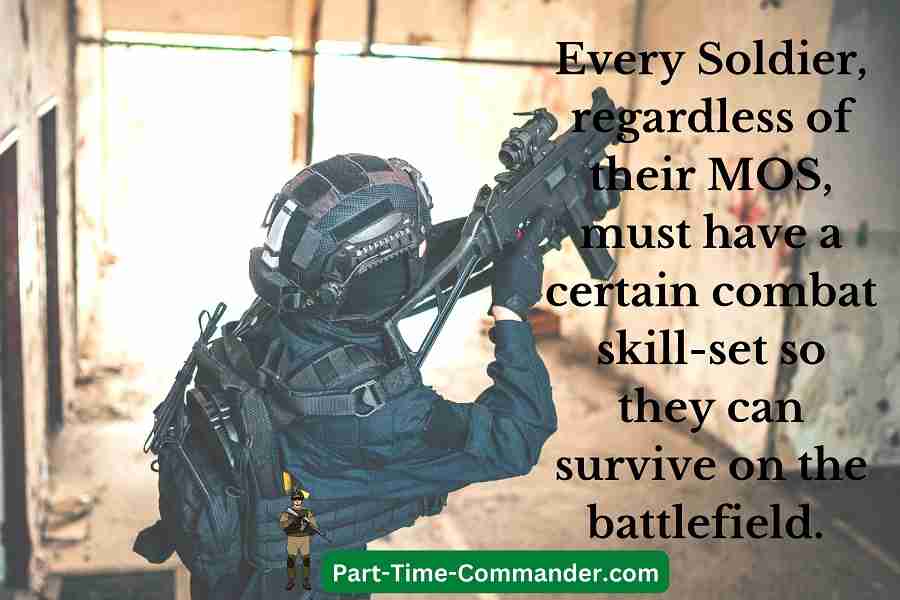 Every Solider needs to know how to call in a MEDEVAC. Anything can happen in combat. Entire units can get attacked or wiped out. If you are the lone survivor, or even if your buddy gets hurt, you must know how to get them medical help.

Every Soldier needs to know how to navigate when dismounted. You may not start out as a foot Soldier, but anything can happen. You need to know how to read a map, how to identify terrain and how to get from point A to point B on foot.

Same as above. All Soldiers need to know how to read a map and get their vehicle, troops and equipment from one point to another.

Ever since the wars in Iraq and Afghanistan, IEDs have become a way of life. Every Soldier must know what to do when they are under an IED attack. They must know how to maneuver their vehicle and get their personnel and equipment to safety.

I’m a big fan of personal and professional development. I believe every Soldier should improve daily. I believe all Soldiers should be a student of their profession. They should attend schools, learn everything they can about being a good Soldier and leader, find mentors, read lots of books, etc.

The intent is for those Non-Commissioned Officers to take what they learned here and the methods in which they learned them back to their units. There, they will disperse that knowledge to their Soldiers so that they are better prepared for these types of situations, which ultimately could occur in combat. ~ U.S. Army Reserve

The bottom line is that every Soldier, regardless of their MOS, must have a certain combat skill-set so they can survive on the battlefield.  The Army has created a list of 39 Warrior Tasks that every Soldier must be able to do in battle. As a small unit leader, your responsibility is to ensure your Soldiers are proficient in all of these tasks, so they can deploy, get the job done, and return home safely.

What are your thoughts? What do you think are the most important Army Warrior Tasks? Why? Which task did I leave off this list that I should have included? Leave a comment below to let me know what you think. I look forward to hearing from you.