Today, I’d like to take a few minutes and educate you about the Army Stetson hat.

There’s nothing quite like the Army Stetson hat. It really stands out and captivate people’s attention, especially compared to the unattractive beret. While I never served as an armor officer, or in a cavalry unit, during my 15+ years in the Army, it would have been an honor to do so.

The purpose of this article is to share the information I’ve compiled online about the Army Stetson hat. Keep in mind, there are a lot of things I don’t know about it as well. A lot of the information about it is secretive and varies from unit to unit. At the end of this post, I would appreciate any input you might have about it. 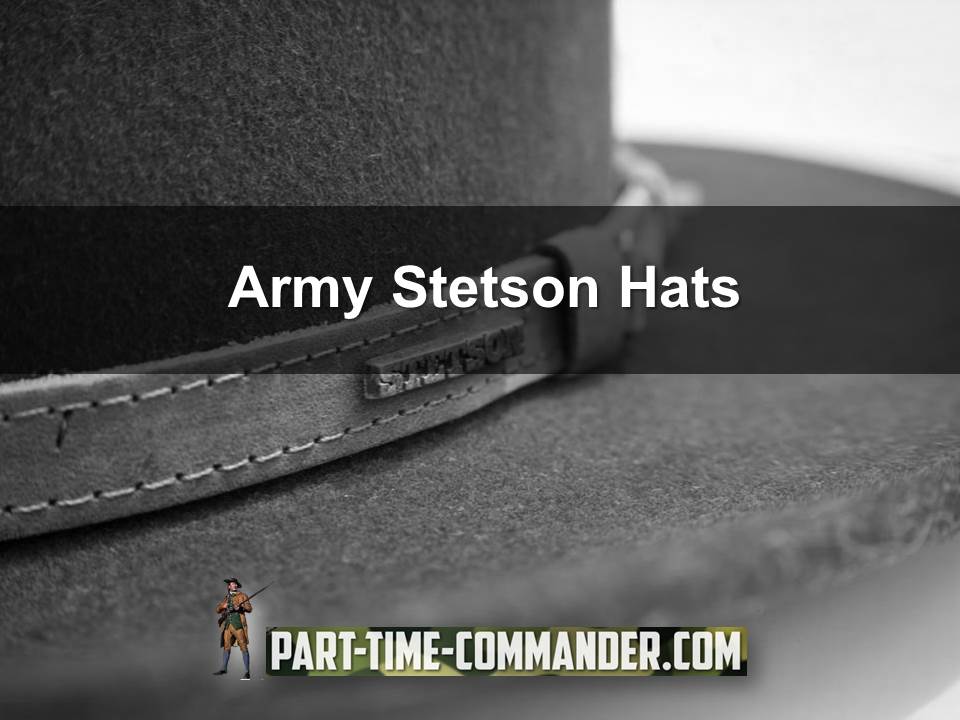 The History of the Army Stetson Hat

The Army Stetson hat has a long and proud tradition in the Army.

The Cavalry stetson was the headgear typical of cavalrymen during the late 18th century into the 19th century, including the Indian Wars and the Civil War. Before John B. Stetson, for whom the hat is named, introduced the Boss of the Plains hat in 1865, troopers wore hats in a similar style, but quickly adopted the Boss of the Plains as an unofficial standard. Source.

The Details of the Army Stetson Hat

The primary purpose of the hat is to promote esprit de corps among the cavalry troopers, similar to how soldiers serving in airborne units get to wear the maroon beret.

What’s on the hat? Who gets to wear it? What is it all about? If you’re wondering about the answers to any of those questions, here is what I found on the official 1st Cavalry Division website.

The “Cav Hat” is a standard black Cavalry hat, Stetson or other appropriate brand, with a 3 inch brim and a black leather chin strap. The chin strap is fastened to the hat cord and goes through the brim. The chin strap is worn behind the wearer’s head unless mounted. When mounted the chinstrap may be worn under the chin to maintain the hat’s position on your head and keep it from falling off. If your “Cav Hat” does not have a chin strap, it is just a black hat commonly referred to as a “cowboy hat”.

Hat cords are worn and represent the rank of the wearer. General officers wear solid gold cords, field and company grade officers wear black and gold hat cords, warrant officers wear black and silver hat cords and enlisted Troopers wear Cavalry yellow hat cords. The hat cords should be adjusted so that the acorn on the ends of the cord comes to the edge of the brim. Cords may be knotted if the wearer wishes. While many refer to the knots in the cords as “combat knots” there is no documentation available to support this idea. The Division MOI prohibits any other type of hat cords for those Troopers currently on active duty with the 1st Cavalry Division.

Normally the branch insignia of the Cavalry, crossed sabers, are worn on the front along with the rank of the wearer. The rank is worn above the branch insignia evenly spaced. Both are centered on the front of the hat. Regular sized Distinctive Unit Insignia (DUI), commonly referred to as unit crests, or miniatures of your unit are traditionally put on the back of the “Cav Hat”. Additional items like a CIB or CMB may also be placed on the “Cav Hat” along with reunion pins or other items if you are a Veteran. Some of the “Cav Hats” worn by our Veterans are festooned with numerous pins, miniature medals and other items. Active Duty Troopers assigned to the First Team must follow the guidelines of the MOI.

Who Can Wear an Army Stetson Hat?

This seems to be the million dollar question. The Army Stetson hat is not an authorized headgear in the Army, as per AR 670-1, but cavalry units are allowed to wear these hats at the discretion of the unit commander (normally squadron level). Basically, the wear of these hats is considered a tradition among cavalry units.

After doing some research online, here’s what others were saying.

The stetson isn’t really earned. It is commonly accepted that if you belong to a cavalry unit that you can usually wear the stetson with your appropriately colored acorns. What is earned are your combat knots on the acorn rope. Also, spurs are earned via deployments with the Cav or Spur Rides. Source.

You will wear the Stetson only when assigned to a Cavalry unit, which includes Cavalry Squadrons within all BCT formations, Cavalry Regiments, and the 1st Cavalry Division. There are two types of Spurs, Silver and Gold. Silver Spurs are earned by completion of a Spur Ride event with your unit, and Gold Spurs are earned as “Combat Spurs” by completing a deployment with a Cavalry Organization. Source.

They are all unofficial awards, and are governed by local policies and not by Army Regulations.

When is it Worn & Who Can Wear One?

The hat must be earned, normally at a Spur Ride. During the spur ride, troopers can earn their Stetson and spurs by completing a series of mental, physical and leadership tests. Each Cavalry Squadron does their own Spur Ride, and has their own customs and procedures for earning the hat.

From the research I found online, anyone can earn a Stetson hat, as long as they are assigned to a Cavalry unit. In other words, you don’t have to be a scout or tanker. The Supply Sergeant, maintenance personnel and administration folks also qualify for it as well, once they complete a spur ride or serve with the unit in combat.

Each Stetson hat will have different colors (cords) based upon the Soldier’s MOS or Branch. They are mostly worn by senior NCOs and officers, but junior enlisted can wear them too. Commanders in cavalry units can use their discretion as to when their soldiers can wear their Stetson.

Soldiers wear cross sabers on the front along with their rank insignia (aviators wear their wings) and on the back, soldiers can have their airborne, air assault or other related pins. What accessories go on the Stetson, and how they are worn, varies greatly by unit.

Where Can You Buy One?

When you search online, these hats cost anywhere from $150 to $300, plus additional money for the accessories that go with it. Places to buy your Army Stetson hat include:

Questions About the Army Stetson Hat

What you read above is what I found out online about the Army Stetson hats. There’s still a lot of information I don’t know about them. Here are some questions I don’t know the answers to:

The bottom line is that Army Stetson hats have a proud tradition in the U.S. Army. Although I never got the experience to serve in a Cavalry unit myself, I can’t think of anything more exciting than earning the right to wear one of these hats.

What are your thoughts? Do you have any information you can share with our readers? Leave a comment below to let us know what you think. I look forward to hearing from you. 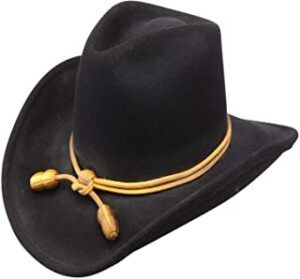 If you’re looking to order a Stetson Hat, like the one you see above, you can do so here on Amazon.