Today, I want to talk about the Army Space Command.

Many people assume that the Army primarily works with tanks, infantry and various types of military specialties such as those. What isn’t realized is how much the Army is dealing with “The Final Frontier,” as they call space in Star Trek.

And, we must always remember that the Air Force used to be a U.S. Army subordinate command. It is now common that all branches of the U.S. Military work jointly to reach out to the final frontier…space.

Whenever I gaze up at the moon, I feel like I’m on a time machine. I am back to that precious pinpoint of time, standing on the foreboding – yet beautiful – Sea of Tranquility. I could see our shining blue planet Earth poised in the darkness of space. ~ Buzz Aldrin, Astronaut

The United States Army Space and Missile Defense Command was established in 1997 during the Clinton administration. Much of this came when President Reagan pushed the “Star Wars” program.

4: Objectives For Now And The Future

SMDC/ARSTRAT has 3 primary objectives for now and the future. They are:

The space cold war has been a primary aspect of the United States Army and the Department of Defense. When we look at how we stand in the race to have the best military space programs, we find both China and Russia trying to keep pace. But, the United States is leading the cold war in space.

While we hope that peace will be maintained in the heavens, we must be prepared and ready. With the Army Space Command along with joint space operations, the United States will hold the pace and keep the lead. 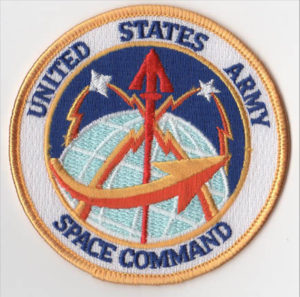 With the Headquarters at Redstone Arsenal, Army Space Command also has various other subordinate commands. They are:

The United States military has multiple types of satellites in space. They are:

There are also a number of intelligence satellites that are operated by U.S. agencies in cooperation with the military. They are all highly secret.

I took a look at what we have in space along with Russia and China:

There is a common assumption that astronauts come from the Air Force. The Army has had some exceptional astronauts too. One is Colonel Douglas Wheelock. He has earned various badges and decorations for his space abilities. Read about him here.

The space frontier has several decorations for those who are willing to explore its depths. The badges and awards are:

If you are interested in knowing even more, there are various fact sheets available. Here are some:

There are many people who believe that the next big war will be not on the Earth, but in the skies above. Space has become the object that is vastly unexplored.

There are major moves to guarantee that any and all of our resources in space are protected, and that our nation is protected from any attacks that could come from space.

The Army, as well as the rest of our military is hard at work making sure that we are technologically superior in regards to space.

What are your thoughts? Do you believe that we should be using budget money for space related defenses?

We would love to hear from any who are or were within the Army Space Command. Please tell us more about the moves the Army is making to stay in front of the cold war in space.