The Army P38 Can Opener was used by military personnel from the 1940s to 1980s and I would wager you will find many on current and veteran Soldier’s key chains and dog tags. This is a small tool but a great invention by the military. It was invented during the 2nd World War.

All things considered, it is an incredibly powerful, but simple gadget. It opens any exemplary tin can, whenever, wherever. It runs until the end of time. No batteries required, completely convenient, and self-securing. A P38 Can Opener will deal with any size can. 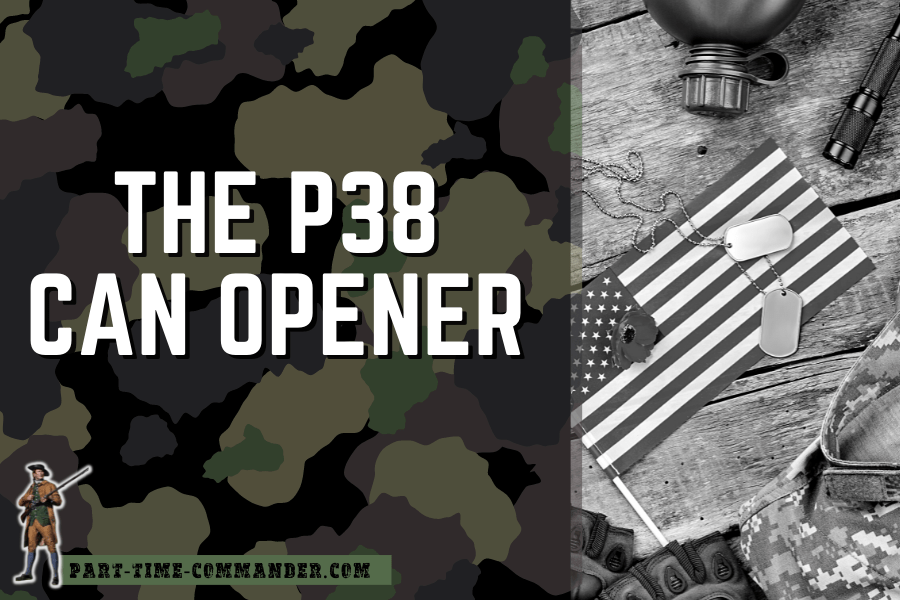 To keep this article interesting, I’m going to share 10 neat facts I discovered about the P38 Can Opener, from across the web, while doing my own research. Each source is cited.

# 1: When it Was Introduced

The Army first used the opener in 1942 taped to emergency parachute or “bailout” rations that were supplied to air force crews. The C- Ration, which began large-scale production a year earlier, was initially manufactured with an opening key soldered to the bottom of each tin, which made for its own easy access. The key pulled off, threaded a metal strip built into the can, and opened with clockwise turns, a contrivance familiar to civilian consumers of SPAM and canned sardines. But the method was costly with the millions of combat rations being made and was slowly phased out in favor of the less expensive P-38. ~ Warfare History Network

The P-38 is known as a “John Wayne” by the United States Marine Corps, either because of its toughness and dependability, or because of an unsubstantiated story that the actor had been shown in an as-yet-unidentified training film opening a can of K-Rations. The can opener is pocket-sized, approximately 1.5 inches (38 mm) long, and consists of a short metal blade that serves as a handle, with a small, hinged metal tooth that folds out to pierce the can lid. A notch just under the hinge point keeps the opener hooked around the rim of the can as the device is “walked” around to cut the lid out. ~ Military History Fandom

The original P-38 can opener was known as the “Penny Pocket” because it cost about a penny and you could put them in your pocket. The real deal was rugged and virtually never lost its edge. ~ Happy Preppers

The P-38 was first issued in 1943 as part of a ration item known as the Hospital Five-in-One. It became the standard issue item with the G-ration in June 1944. Subsequently, it was issued along with the more widely used C-Ration, which remained in inventory in the postwar era. ~ Defense Media Network

Rumor has is that it got its name because it takes 38 punches with this can opener to open a C-ration can. ~ TNGun.com

The P-38 is easily used. First, the cutting point is pivoted to its 95-degree position, from its stowed, folded position. Then, for a right-handed user, the P-38 is held in the right hand by the flat long section, with the cutting point pointing downward and away from the user, while also hooking the edge of the can through the circular notch located on the flat long section next to the cutting edge. The can is held in the left hand, and the right hand is rotated slightly clockwise, causing the can lid to be punctured. The can is then rotated counter clockwise in the left hand, while the right hand rotates alternatively slightly counterclockwise and slightly clockwise, until the can has been rotated nearly 360 degrees and the lid is nearly free. The lid of the now opened can is lifted, most often with the P-38 cutting edge, and the P-38 is wiped clean, and the cutting point is rotated back to its stowed, folded position; then, the P-38 is returned to its stored location, whether that is dangling on a dog tag chain around one’s neck, or in one’s pocket if the P-38 is attached to a key ring. Left-handed users simply hold the P-38 in their left hand, with the cutting point aimed towards themselves, while holding the can to be opened in their right hand, while also reversing the sense of the cutting hand movements just described. By tradition, 38 cuts as just described were supposedly required to open a can of C-Rations. ~ CharlieCompany

Used as a screwdriver, a weapon cleaning tool, and even as a knife. As a survival instrument, having this little can opener makes easy work of getting into that can of food you just acquired. ~ Survival Gear

The P-38 is cheaper to manufacture than a standard can opener, and is smaller and lighter to carry. The device can be easily attached to a keychain or dog tag chain using the small punched hole. ~ Wikipedia

The P-38 was finally phased out when the C-Rations, last of the canned meals, were replaced by MREs. ~ Olive Drab 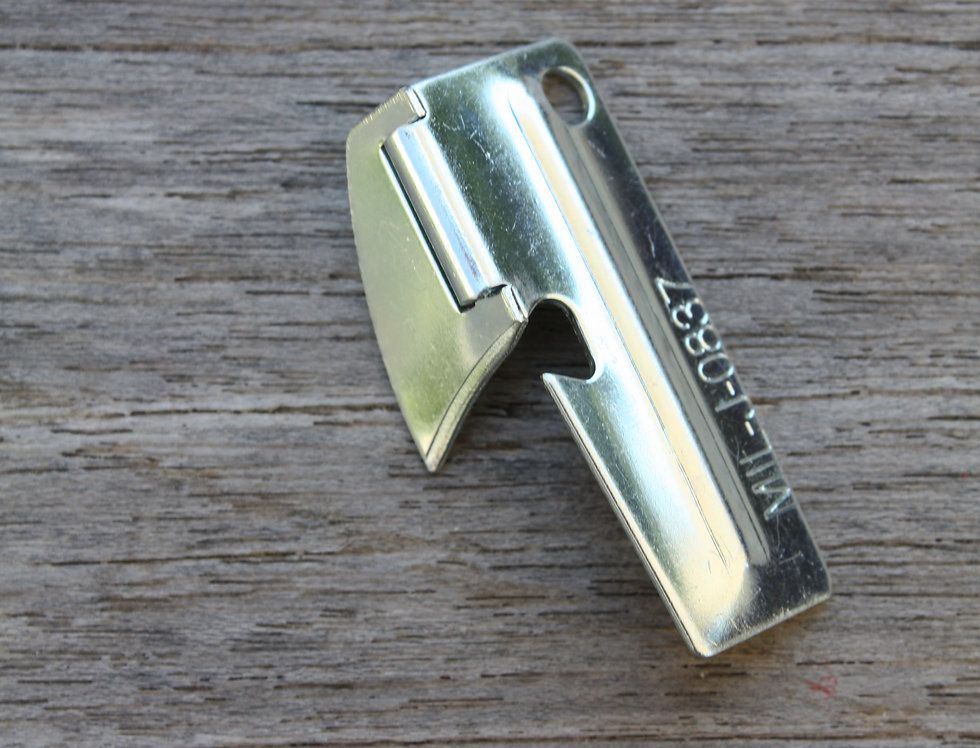 In conclusion, the Army P38 Can Opener has an important place in military history. If you own one, or have used one before, I would love to hear from you. What do you like and dislike about it? What special things can you do with it? Leave a comment below to let me know what you think. Thank you.