In the Army, there are two types of units, Army MTOE units and TDA units. My goal today is to educate you about the difference between the two, so you can be informed. I’ve been fortunate enough to serve in both types of units, so I will share my insights and experiences toward the end of this article.

What is an Army MTOE?

MTOE is an Army acronym that stands for Modification Table of Organizational Equipment. Here is a simple definition I found online that can help explain it.

A table of organization and equipment (TOE or TO&E) is a document published by the U.S. Department of Defense which prescribes the organization, staffing, and equipage of units. Also used in acronyms as ‘T/O’ and ‘T/E’.

It also provides information on the mission and capabilities of a unit as well as the unit’s current status. A general TOE is applicable to a type of unit (for instance, infantry) rather than a specific unit (the 3rd Infantry Division). In this way, all units of the same branch (such as Infantry) follow the same structural guidelines. ~ Liquisearch.com

In my own words, an Army MTOE is a listing of authorized equipment and staffing for an Army unit. It’s what the unit is supposed to have on hand for equipment and personnel. 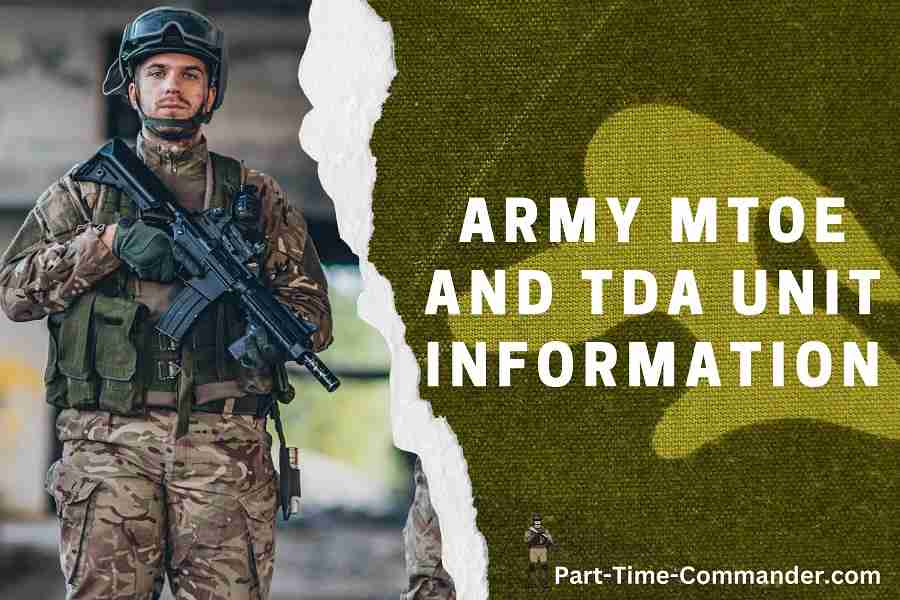 What Are MTOE Units?

In reality, an MTOE unit is a deployable, go-to-war unit. It’s the units that deploy, or can deploy.

This could include a Signal Company, Infantry Battalion, Armor Brigade, Stryker Battalion, Field Artillery Battery, and so forth. The units within a DIVISION are typically all MTOE units (with only a few exceptions). Any subordinate unit within a division is an MTOE unit. That’s the easiest way I can think of to explain it.

In a MTOE unit all personnel are military, and the unit can be deployed anywhere in the world. Some current MTOE organizations have TDA augmentations, which may include civilians and foreign personnel to assist in performing their non-tactical missions. These augmentations are non-deployable, however.

Once again, MTOE units are operational Army field units. These are the combat, combat support, and combat service support units that deploy, fight, and win wars.

In the Army National Guard, there are more than 1,400 MTOE units. These include infantry, artillery, armor, engineer, military police, signal, quartermaster, maintenance, medical, and many other types of go-to-war units. MTOE units are often referred to as line units. That’s why you will sometimes hear staff officers and NCOs say “I wish I was back in the line.”

An Army Unit MTOE prescribes the normal mission, organizational structure, and personnel and equipment requirements for a military unit and is the basis for an authorization document. Units are constituted and activated in accordance with an approved MTOE or modified MTOE.

In some unique instances, a MTOE conversion might happen. For instance an Engineer Battalion could be activated to serve as a Transportation Battalion. This happens a lot, especially with deployments for Army National Guard and Army Reserve units.

Here’s what I found in Army Regulation 220-5 about MTOE Conversions.

Any action that changes the organizational structure, designation, assignment, or location of a military unit is a change in the status of that unit. Unit status changes are made a matter of record for legal and historical purposes. CMH records constitutions, activations, inactivations, designations, redesignations, consolidations, reorganizations, assignments, permanent changes of station, and similar actions concerning the unit and its organic elements.

If you’re trying to learn more about MTOE Conversions, I would read AR 220-5.

TDA stands for Table of Distribution and Allowances. To keep things simple, a TDA unit is a non-deployable unit, even when they are assigned overseas, whereas an MTOE unit is a deployable unit. Does that make sense?

From what I found online “TDA units are organized to perform specific missions for which there are no appropriate TOEs and are discontinued as soon as their assigned missions have been accomplished.” Their missions are typically tied to a specific region or geographical area. 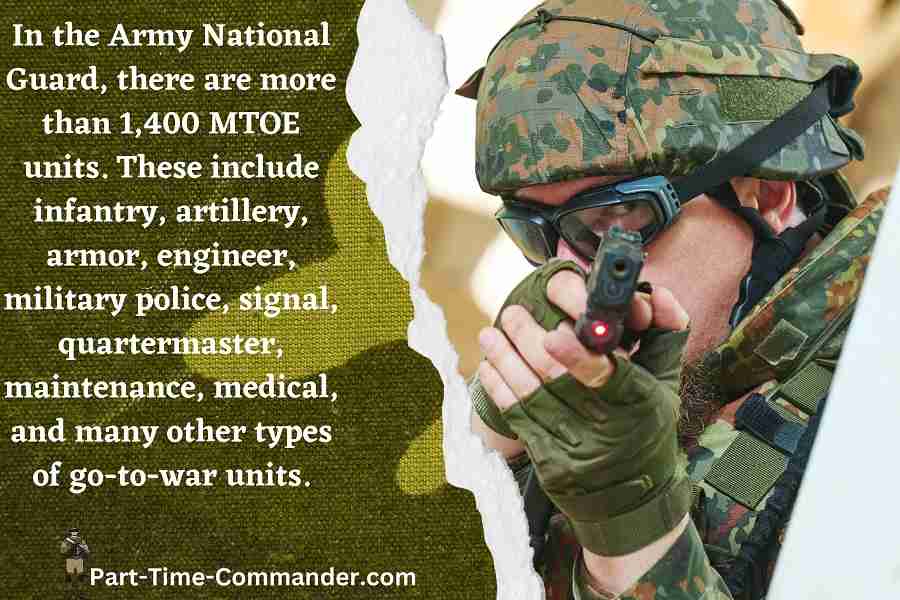 Which Types of Units are Better?

Both types of units have an important role in the U.S. Army. The warfighters require a huge amount of support (from other MTOE units and TDA units).

I personally believe the MTOE units are the most important type of Army units. Why? Because they perform the Army’s mission: to find and win our nation’s land battles. Without these go-to-war units, there is no fighting force.

As a Soldier, I believe EVERYONE should start out in MTOE units. This is where you develop your basic Soldiering and leadership skills. This is where you become a “warrior.” If you decide to transition to a TDA unit later in your career, that’s great!

I’d also say that the OPTEMPO in a MTOE unit is normally much busier than in TDA units. You have training exercises and deployments to worry about, whereas in most TDA units, it’s more of a 9 to 5 job (with some exceptions).

I only served in one TDA unit in my career and I absolutely hated it. I’ll stick with MTOE units! But that’s just my opinion.

In conclusion, an Army MTOE unit is a deployable go-to-war unit and a TDA unit is a non-deployable unit.

These MTOE units are the bread and the butter of the U.S. Army. They are staffed by the men and women who deploy and protect our great nation. As a Soldier, NCO or Officer, you should spend as much time as possible in MTOE units. That way, you are technically and tactically proficient.

Tell us, what type of unit would you rather serve in? Why? Leave a comment below to let us know what you think. I would also enjoy hearing any other comments you may have on this subject.