Today, I’m doing a fun interview with my good friend Major Michael Kane about his time spent as an Army Mobilization Database NCO. I hope you can learn from his experience. This interview was conducted by email. Enjoy the interview.

Who Did You Serve With?

I served as a Mobilization Database NCO within the Army Readiness-Deployments Branch at the National Guard Bureau, Arlington, Virginia from July 2005 to February 2006.

Can You Share Your Army Mobilization Database NCO Job Description?

Responsible for processing and distribution of Department of the Army Alert, Mobilization and Amendment orders. Maintains the National Guard Database of Record (Microsoft Access) for Soldiers that deployed since September 11, 2001. Creates reports and conducts information briefs for senior National Guard Bureau leadership in order to inform them on the current status of Army National Guard (ARNG) mobilizations.

What Were the Primary Tasks You Did Each Day?

I maintained our Microsoft Access database consisting over 7,200 records of ARNG mobilizations on both the Unclassified and Classified systems, created information briefings using PowerPoint for dissemination to senior leadership and coordinate with Mobilization Desk Officers to ensure that database numbers were updated and accurate. Conducted queries of the database to provide personnel numbers upon request from desk officers and leadership.

What Did You Enjoy About the Job?

I was able to interact with senior leaders while briefing (not common to brief as a Sergeant), and had the attentive ear of the Director, Army National Guard, a two-star general. An additional point of note was being able to work on the mobilization of ARNG forces to Louisiana in support of Hurricane Katrina in 2005.

What Did You Dislike About the Job?

I’m grateful and blessed that the whole experience was an awesome experience! If I had to pick something, it would be the long work hours during the Hurricane Katrina time-frame. Other than that, it was an awesome developmental experience.

What Skills Does It Take to Succeed in This Job?

The skills that enabled me to do well in this job were, a desire to learn, attention to detail when managing the database of record for the ARNG Mobilizations and communication skills.

One of the things that sometimes gets lost as an employee in the technical field is communicating verbally with non-technical people. Within this job, general officers and other commissioned officers would require accurate, real time information about the forces available for a potential operation.

This information would have to be provided verbally and concisely in order for the senior leaders to assist Combatant Commanders overseas to make decisions on personnel requirements.

As technical people, we need to empower ourselves to be better communicators while developing our technical skill-sets; we set ourselves apart from other “nerds” when we can communicate effectively to those in management that make decisions.

If You Were to Do the Job Again, What Would You Do Differently This Time Around?

I thank God that I had a great Non-Commissioned Officer team that gave me direction and allowed me to use my natural talents and abilities to excel. The only thing that I would do different would be to learn more and share the experience with others.

What Are Three Tips You Would Recommend to Someone Doing This Job?

As stated in a previous article, many people in the Cyber arena are prideful; this pride comes from being highly intelligent and creative. The three tips that I will always say in any job is to ask questions, look to the team members for assistance and utilize the experience from longer tenured employees. Most importantly, always be open to learning more!

Can You Tell Us a Little Bit About Yourself? 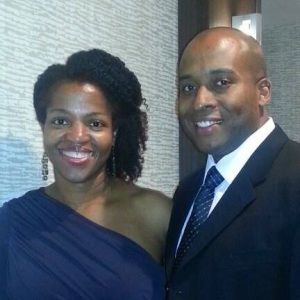 Michael A. Kane is a 27.5 Year veteran of the Army, having served in the Army Reserve and the Army National Guard. He is a combat veteran of Iraq as well as Afghanistan. Michael enjoys being with his family, personal development, promoting strong marriages, music and entrepreneurial endeavors.

He has been married to his wife, Yanick for almost 20-years and they are the parents of four kids ranging in age from 16.5-years to 5-years old. He is currently serving as a Major and Space Operations Officer within the Cyber Division at the Temple Army National Guard Readiness Center, Arlington, Virginia.

Mike, thanks for doing this great interview. I know the information you shared will help other people working as an Army Mobilization Database NCO. Thanks for your service.