The United States military has developed some of the best snipers in the world. One of the best known snipers was Chris Kyle. Chris was a Navy Seal and the movie American Sniper depicted his life and the situations Chris faced as a sniper.

Sadly, Chris was killed by an ex-marine who was suffering from P.T.S.D.

Some other snipers with a decorated history include:

Some of these snipers used the M24 Sniper Weapon System.

Today, I am going to share the top 8 cool facts about the M24 Sniper Weapon System. So scroll down and learn more. 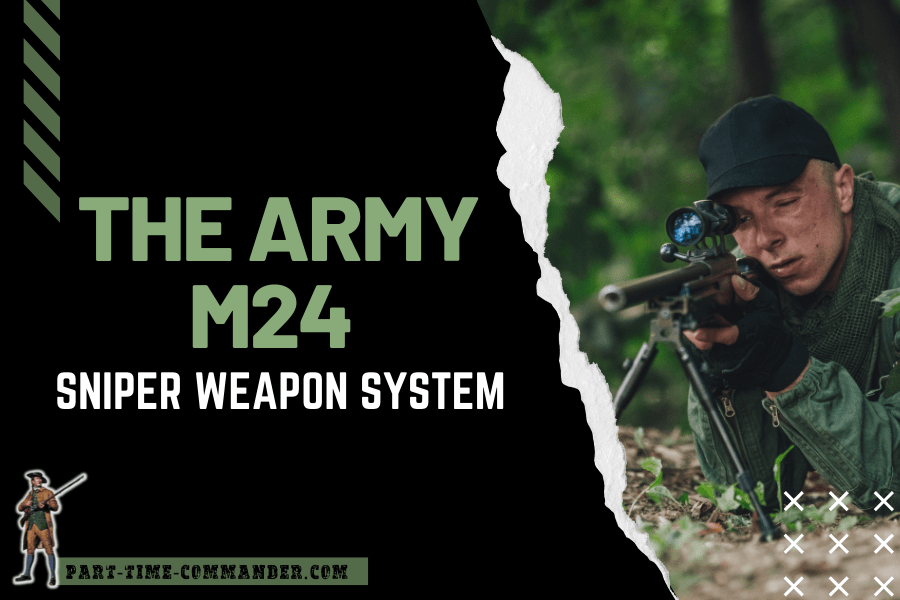 The M24 Sniper Weapon System was adopted as the United States Army’s standard sniper system in 1988 and is still in service. So, it has been used in the Gulf War and all conflicts since.

It is also used by:

Remington Arms was given the contract to manufacture the M24 Sniper System. These are the military versions of the Remington Model 700 bolt action rifles.

Since the 1988 adoption, the Army and Remington have worked hand-in-hand to design 2 other variants of the M24. I will give you the basic specs of the original M24 and I will explain the differences in the 2 variants…


This is the extreme sniper weapon as the rounds are increased to the .338 Lapua Magnum Long Range shells. Here are the rest of the specs:

The rate of fire on the M24 is 20 rounds per minute. The velocity of a fired bullet is 2,800 feet per second; good luck dodging that terrorists.

Another cool feature of the M24 is the butt adjustment. Operators have the ability to move it 2 inches in or out for their comfort. The butt itself is a composite of Kevlar, fiberglass and graphite.

The metal on the M24 is powder coated for durability.

Remington was given the go to upgrade M24s. As such, using older models, they are able to sell them to certain civilians and military personnel for a cost of $3,500 plus State tax and $85 shipping.

There are strict requirements to purchase one.

But what will your buddies say when you drop that 20 point buck from 1,000 yards?

This last fact is the coolest fact of all.

The more you use it, the better it got.

Every military has snipers. It is an important part of military operations.

We must give the United States a huge thumbs up for adopting this superior weapon as the sniper rifle used.

So what are your thoughts? Do you think the M24 should stay as the Army sniper weapon or should we move on to another?

Thank you for visiting and have a great day.