We got off that bus at our entry point in Fort Jackson, South Carolina and we were getting screamed at. I still had hair down to my shoulders and this woman who looked like she could body-slam King Kong got in my face and asked how I managed to get in the United State’s Army. She said she didn’t think they let he-she’s in the Army.

My face must have showed the anger I was feeling because she started in more and was tempting me to slap her. (that would have been a terrible idea). So I asked her how she managed to get in. I saw her eyes roll as if I was seeing a real life scene from The Exorcist.

What was going to come out of my mouth next didn’t come. I suddenly had a Charles Atlas look-a-like in Army fatigues practically kissing me and telling me to hit the dirt and start doing push-ups.

This was my first encounter with an Army female drill sergeant. And I had always had thought I had a superior ability to woo females, but I discovered this one would not be taken by my skills.

As I told one of my new buddies, “She must be lesbian.”

I quickly discovered as they shaved off my hair and checked my testicles for any hernias, I was now in purgatory and would soon be in a cattle car headed straight to Hell… Fort Benning, Georgia.

I saw several Female drill sergeants at Fort Jackson, but I didn’t see any at Fort Benning. I believe this was because we were before the Army allowed females to enter the types of MOS’s that were prevalent at Benning. 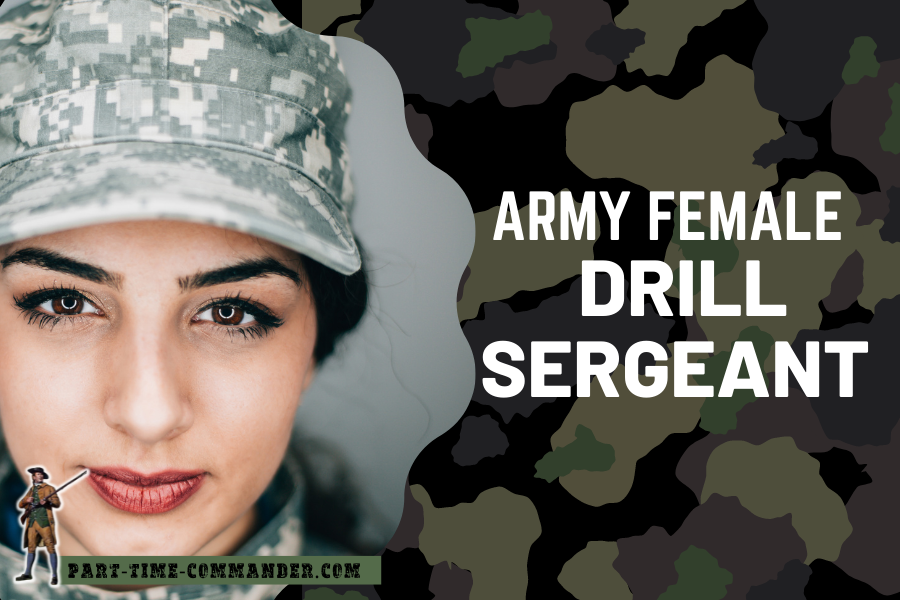 Today, I have decided to do some research about Army Female Drill Sergeants. Here are the top 7 cool facts in no particular order.

#2: A Front Line Of Defense In Sexual Harassment Allegations

In today’s Army, we have a huge mix of both male and female. It is a difficult position for male Drill Sergeants who are tasked to break down, train and build up male and female recruits. One wrong statement or look at a female recruit could be deemed sexual harassment. And the Army does not look kindly on it.

And believe it or not, there are female recruits who can, and will take advantage of this. They have an ability to flirt or use their ways to try and make a male Drill Sergeant “slip.”

This is where the Female Drill Sergeants are tasked to see these signs and take control of the situation and turn that Female recruit into a soldier and protect their fellow Drill Sergeants in the process.

For Female Drill Sergeants, this is a huge responsibility considering so many allegations of harassment, sexual assault and even rape over the last few years like at Aberdeen Proving Grounds and recently at Fort Benning.

As their title says, the Army Female Drill Sergeant must be of the rank of Sergeant. She can be an E-5, a Staff Sergeant E-6, Sergeant First Class E-7 or in rare cases, a Master Sergeant E-8.

The Army has changed a lot. No longer will you have Drill Sergeants using cuss words or as in the case of the Female Drill Sergeant when I entered, she would have probably been reprimanded for ensuing I was a transvestite.

Some would wonder why anyone would want to volunteer to be a Drill Sergeant. The training is “crazy.” Female and Male Drill Sergeant recruits must go through Basic Training all over only with a focus on teaching.

The Army has clearly stated that they need more Female Drill Sergeants. The Army has many more female recruits and the need for Females to train them is evident.

If you think you have what it takes as a female in the United States Army, you may want to consider volunteering to train to train new soldiers. And get the hat!

As I look back, I am glad that Female Drill Sergeant jumped my ass. She helped me realize that we are all on the same team and I gained a new respect for females in the Army.

Now, we would love to hear your thoughts.

Especially from any current or former Army Female Drill Sergeants.