It took some years, but I seldom have nightmares anymore about those Army drill sergeants at Fort Benning back in the early 1980’s.

As a matter of fact, looking back on it, I sometimes giggle. And then I hear him, “Wipe that F’in smirk off your face maggot,” and that giggle quickly disappears as I stand at attention.”

Is it PTSD that Basic Combat Training gave to me? LOL

And there are more voices… From Sergeant Ramirez, Jackson and that overweight drill sergeant, Thompson.

Yea voices… And that hat! How often I wanted to say something to one of them about looking like Dudley Do-Right, but the Platoon would have paid dearly if I would have done so.

So why the hat? 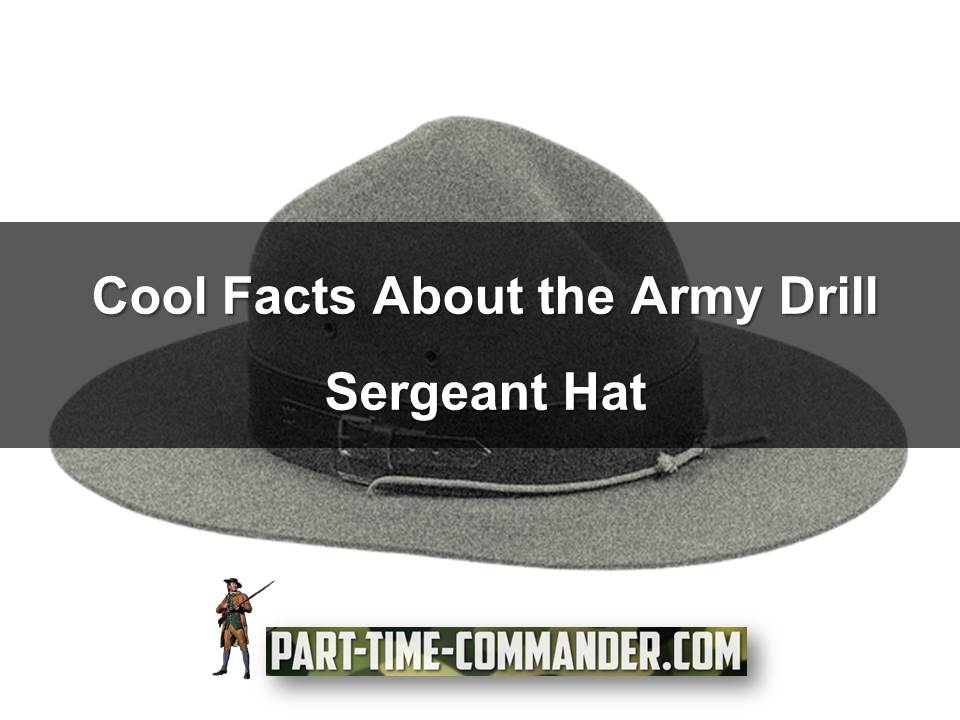 #1: It Is Called A Campaign Hat

The Drill Sergeant hat is called a Campaign Hat. It is a felt hat with a broad brim. The hat has a tall crown and is symmetrically pinched on all 4 corners.

The campaign hat was first worn back in the 1840s by soldiers making their way across the country toward the Pacific. The typical forage cap used out east simply wasn’t a suitable option for blocking out the blinding sun that hung relentlessly above the American deserts.

The soldiers heading west were so far away from the brass (and military regulations was comparatively relaxed in those times) that they simply substituted regulation gear with whatever else made more sense.

The new unofficial hat finally got recognition and was authorized in the 1870s. This version was made of black felt, had a softer brim, and was still missing the distinctive pinch on the top.

Source: We Are The Mighty

Yes, there are female Drill Sergeants and they too, wear a Campaign Hat. It is not the same design as described above.

The female Drill Sergeant Hat is a design similar to an Australian Bush Hat. It is a flat brimmed hat and the brim is turned up and attached on 1 side.

The female drill sergeant hat came into being in 1972. It was designed by Brig. Gen. Mildred C. Bailey. The original design was taken from the Australian bush hat, and was beige in color. In 1983, the color was changed to green with the style remaining unchanged.

#3: When They Were Adopted By The Army

Army Drill Sergeant Campaign Hats were adopted for wear by the United States Army in 1911.

In 1942, during World War II, the Drill Sergeant Campaign Hat was abandoned.

In 1964, it seems some higher-ups in the Army realized the history and love of the Drill Sergeant Campaign Hat. They reintroduced the hat and it has become an object of pride to Drill Sergeants throughout the Army.

Many people regard these as great collector items and I must admit, I am tempted to collect some Drill Sergeant Hats.

The idea of the Drill Sergeant Campaign Hat goes back to Army mounted troops in the Wild West. They would wear wide brimmed civilian hats and the crease was taken from the Mexican Vaqueros.

These were considered a type of Stetson with the distinction, Boss Of The Plains. Many soldiers wore campaign cords on them.

In the late 1800’s, it was the British South Africa Company who came up with the actual design we now see on the tops of Drill Sergeant heads.

Frederick Russell Burnham who was American was Chief of Scouts for BSAC and wore the design proudly.

The founder of the Boy Scouts, Robert Baden Powell was a friend of Burnham and admired the hat. He made it a part of the Boy Scout uniform for leaders and he also ordered these hats for the Canadian troops that served underneath him.

Baden Powell later ordered 10,000 of the hats for British troops.

The Campaign Hat became a regular wear for the Buffalo Soldiers. They were the ones who developed the pinch that is like handles to put the hat on your head.

From the Buffalo Soldiers, many civilians began using the same style hat…

Source: We Are The Mighty

#10: Who Still Uses The Campaign Hat?

Army Drill Sergeants are not the only ones to wear the Campaign Hat. It is used by many that include the:

Okay, Here Is A Story…

We all paid with a 5-mile run in the rain and dark of night and when we got back, the recruit was given Fire Watch and the Drill Sergeant got his point across when he said “Smokey says that (expletive) has Fire Watch for the rest of the week,” and he handed him a Smokey style shovel and said he must have that with him at all times.The recruit even had that shovel with him in the Mess Hall.

Those Drill Sergeants know how to break a recruit. That joker became a great soldier. 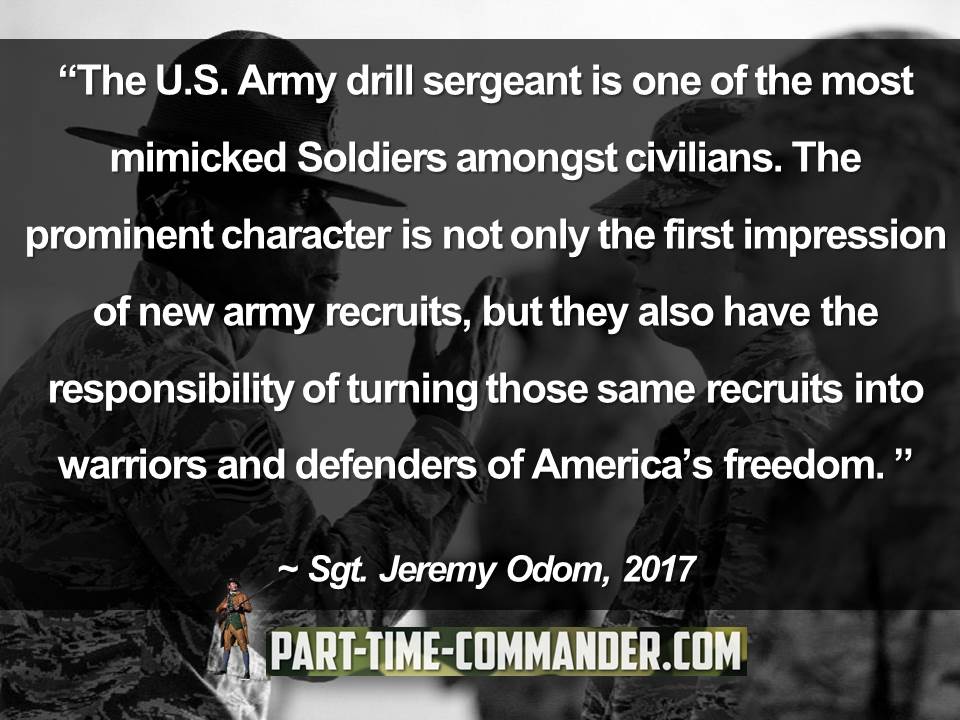 Well, do we have any current or former Drill Sergeants reading this? Can you give us your thoughts on the Campaign Hat. If you have any questions or feedback, just post them below. Here is a drill sergeant video I thought you may enjoy: