In case readers have not heard, the National Defense Authorization Act of 2019 (NDAA 2019) gave all Army branches the green light to direct commission officers up to the rank of Colonel. While the Army has a long history of direct commissioning officers into the JAG, Medical, and Chaplain Corps, the ability to direct commission into branches such as Cyber, Engineer, and Adjutant General is relatively uncharted. Most Army branches are still working out their approach but Army Talent Management has information on available opportunities and Army Cyber has a fairly well developed website for those specifically interested in the cyber field.

To get a better understanding of the Army Direct Commission process, Part Time Commander sat down with CPT Stacy Jer. CPT Jer received a Direct Commission to Military Intelligence Second Lieutenant in the Army Reserves in 2011. She gives us her unique and candid synopsis of her experiences. 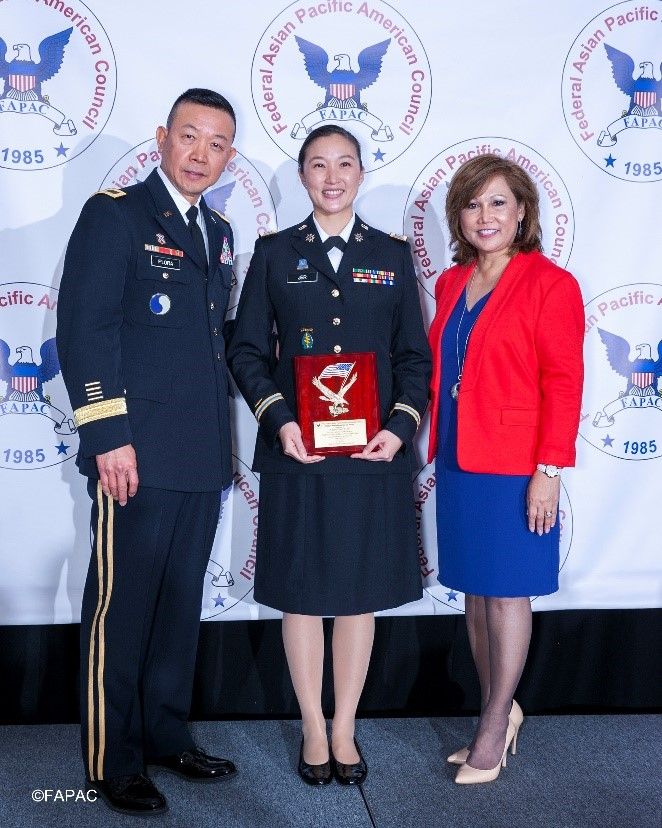 Okay, lets start at the beginning, why did you pursue a commission in the Army?

My interest in the military started about halfway through college. I studied abroad in Africa and while working on a research project with the US Embassy, I had the chance to live with the family of the US Naval Attaché. This was my first exposure to the military, and I enjoyed hearing about the family’s many adventures and challenges. The family’s world view and consciousness was different from anything I had ever seen. While I had planned on a career in aid work, the family encouraged me to explore the field of defense and security.

I applied to a commission to the Navy during my senior year, but my recruiter did not quite know what to do with me. He seemed only interested in recruiting engineers at that time then soon left the Navy to pursue a career in film, so my application stalled.

I graduated college and entered a military graduate school as a civilian. My class was about 80% military and 80% male. Because I did not have military experience, I did not feel like I was on equal footing professionally, so I reached out to recruiters again. DC is ripe with military officers and I had a hard time finding a recruiter who would work with me until an SFC from Richmond picked up my package. You can say that I ended up in the Army because they were the first to work with me.

So why did you pick the direct commission route? Why not OCS?

I initially did not know that direct commission was an option. I qualified for Officer Candidate School (OCS) and was ready to go through that process, but my recruiter saw an opportunity to “fast track” me in a sense. Funny thing it, it was not a fast process, it took about a year and I never knew what to expect because there was no information about the process available online.

Was Direct Commission the best call? In other words, is that the route you would choose if you had to do it again?

Maybe, maybe not. I do not think direct commission is for everyone. By skipping OCS and its pre-requisites, I missed out on a lot of training opportunities that are truly foundational. I had a far steeper learning curve, one that I do not think everyone can handle.

In the spirit of candor, I will tell you that my first year was not a good experience. This likely would have been different if I commissioned into active duty. I commissioned into a reserve unit that operated at the strategic level. This meant that I went into a unit that I only saw once a month, leaving little time for mentorship and training. Because the unit was strategic, we drilled in civilian attire and did not adhere to traditional Army culture and courtesy. The first time I worn my uniform was when I showed up to the Direct Commission Course (DCC) at Fort Benning, Georgia… and I am embarrassed to say that I showed up wearing my uniform all wrong down to the wrong boot size.

While direct commissioning limited my time away from my civilian job since I did not have to go through the Basic Course and OSC, there were times when I felt like I was set up to fail. I was often embarrassed because I did not know many of the Soldiering basics such as how to march in formation, reading rank, and handling a weapon. A few less-forgiving peers and instructors in DCC and the Basic Officer Leaders Course (BOLC) even called me a failure.

For me, being a direct commission officer is not something brag worthy. I take it as a compliment when soldiers assume I went through OCS or ROTC. And as you know, your soldiers and peers will either ask or try to guess. There is a lot to be said about going through crucibles together and having shared experiences to relate to. Direct Commission officers miss out on that in the beginning and one must be tenacious and stubborn in their commitment to learn how to be an officer. A lot of this depends on how lucky you get with mentors.

Isn’t the Direct Commission Course is designed to help make up for the training deficit you mentioned?

I had to wait about 8 months before I received a DCC slot and I while the training was hard, it did not meet my needs. Let me explain, my class had 104 students, 100 of which were JAG and had just completed their BOLC before coming to DCC. This meant that they already knew many of the Army basics, so the curriculum was designed to further develop existing skills, not teach them. I am not sure if the curriculum has changed, but if it has not, I think a lot of non-JAG, non-prior military officers will have a challenging time there.

Well, do you regret your decision to join the Army?

Not at all. Of course everyone will have moments in their Army career when they question their own sanity, but I ultimately consider joining the Army the best decision in my life. The Army gave me the opportunity to flex leadership muscles I did not previously know I had. Military service tests every fiber of your being from the strength of your body to your mental fortitude under intense pressure. It makes you stronger in every way. No academic course or professional certification comes close to growing you as a person.

What is the hardest part of being in the Army?

I did not initially understand how central leadership is to the Army officers’ job. I thought that I could join the Army as a military intelligence officer and just do intelligence. I was ready to conduct analysis, decipher reports, build targeting packages, etc., but I was not mentally prepared to lead. I had a hard cultivating the confidence to lead and then needed to find my leadership style, which I think did not come easy because there are not exactly many examples of Army leaders that look like me as a minority female. I was fortunate to have excellent mentors that helped me grow as a leader.

Also, coming from a civilian background, I sometimes struggle with military hierarchy and its associated culture. Your superiors will not always get it right, but the military does not offer the same opportunities for professional, democratic dissent that is more common in the private sector.

Some people might consider the time away from home to be the hardest part of the military. You will sometimes work more hours than seem humanly possible.  In the Army, there is no overtime or holiday pay. You will miss birthdays, graduations, and births while stuck on duty.

What advise do you have for individuals considering direct commission?

I would advise non-prior military candidates to consider the OCS route first. Without argument, it will make them a better officer.

It is critical to learn as much as you can before you commission. The material is out there. I highly recommend websites like this one and guides such as The Army Officer’s Guide which has been in print and regularly revised since 1930.

There may be a few people out there that think they should come in at a higher rank due to their civilian experience, degrees, connections. What do you think about that?

It terrifies me. All officers are leaders first. While there a subject matter experts (SMEs) in the Army, being an SME should not be an officer’s first objective. One would be hard pressed to find an officer candidate fresh from the civilian world who can demonstrate the relevant comprehension of Army leadership and skills to merit a direct commission rank above lieutenant. Commissioning officers with advanced rank makes sense in the special branches such as JAG and medical.

A civilian with no military experience who expects to come into the Army above lieutenant is likely not someone who 1) Understands what being an officer means and 2) Lacks the humility and self-awareness to understand that they do not indeed know everything.

While the Army is interested in recruiting talent in highly specific fields, candidates must first and foremost demonstrate the ability and willingness to lead. If someone is an expert in their field and only wants to work in that specific field with no leadership responsibility, they should pursue a military civilian career or perhaps enlist and pursue advancement to warrant officer.

How does someone prepare for application?

I am not sure currently. I have not seen a streamlined application, thought I expect the current application for Army Cyber may serve as an exemplar I expect that candidates will need to meet the standard minimum requirement such as having a clean criminal record and being Army fit. Candidates should first do the research on which branch they are seeking consideration for. Their justification for commission should make sense and they should be able to clearly articulate how the Army would benefit from their commission. I expect that the process will be competitive and time consuming.

Thank you CPT Jer for this great interview! I know our readers will get great value from this. Also, thanks for your service!