In today’ post, my goal is to educate you about the Army Combat Action Badge. I’m a big fan of military awards, badges, and military history.

The Army Combat Action Badge, or CAB, is a relatively new award that was approved in 2005. Similar in nature to the CIB (Combat Infantry Badge), the CAB is intended for Soldiers who “personally engage, or are engaged by the enemy” in areas where hostile fire pay or imminent danger pay is authorized.

The idea of the CAB, however, is not that new. Since 1943, when the CIB was introduced, other branches have been arguing for their very own badges. For a long time, Soldiers often wore their own “make shift” awards that were unofficial and worn in violation of the uniform standards. From 1943, the years in Vietnam up until the Global War on Terrorism, the Army was never able to gain enough momentum to create a badge to recognize Soldiers in contact that were not Infantrymen. Proudly, the Armor community began to re-ignite the issue as we pushed into Iraq. 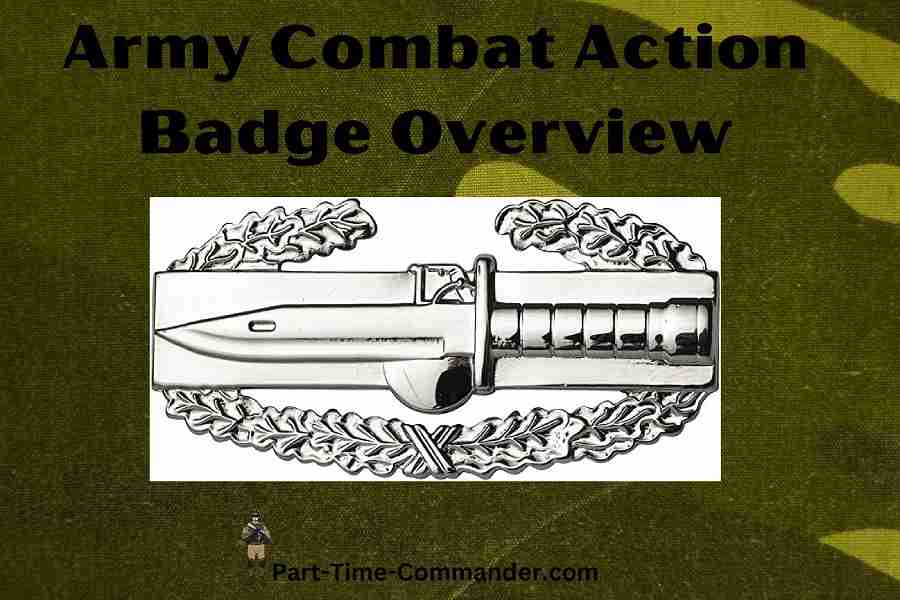 Many tank crewmen saw direct-fire contact from their tanks and then began to kick in doors alongside the Infantry. Still, they were not given recognition. Initially, the CAB was known as the Close Combat Badge, or CCB. The original intent behind this award was to recognize non-Infantry Soldiers who were doing an Infantry duty in combat. That all changed in 2005 when MPs in Afghanistan began to question why MPs were unable to receive the CCB despite the nature of combat they were experiencing. Finally, in 2005 General Schoomaker authorized the Combat Action Badge.

How do you qualify for the Army Combat Action Badge? What are the qualifications and requirements? Here’s what I found online:

Awarded to U.S. Armed Forces personnel after September 18, 2001 for performing duties in an area where hostile fire or imminent danger pay is authorized, as well as for those personally present and actively engaging or being engaged by the enemy while performing satisfactorily in accordance with the prescribed rules of engagement. Not limited by serviceman’s branch or military occupational specialty, but is authorized for wear solely on U.S. Army uniforms. ~ USAMM.com

What does the Combat Action Badge look like? Here are some good descriptions I found while conducting my research online.

The Combat Action Badge was originally planned as a ribbon which was to have been known as the “Combat Recognition Ribbon” (similar to the Navy/Marine Corps Combat Action Ribbon created in 1969). However, as ribbons are generally seen as less prestigious than medals and badges, the CAB was then proposed as the “Close Combat Badge” (or CCB), thus granting the award badge status vice ribbon. This was to be a combat award only for soldiers who did not hold the infantry military occupational specialty (MOS), but who were deployed specifically to fulfill an infantry duty. ~ Wikipedia

The emblem features a rectangle supporting both an M9 bayonet and M67 grenade wrapped with an oak wreath. Stars are added at the top to indicate subsequent awards: one star for the second award, two stars for the third award, and three stars for the fourth award. The CAB was originally planned as a ribbon known as the “Combat Recognition Ribbon,” however, the CAB was later proposed as the “Close Combat Badge” (or CCB) for added prestige. This was to be a combat award only for soldiers who did not hold the infantry military occupational specialty (MOS), but who were deployed specifically to fulfill an infantry duty. Approved by the U.S. Army on May 2, 2005, the CAB can be retroactively awarded to soldiers of all MOSs who engaged in combat after September 18, 2001. ~ USAMM.com

I think the badge is beautiful. You can see a picture of it below. You can click on the image below to be redirected to Amazon to take a closer look at one.

Now, something that I misunderstood about the CAB, and I believe many others do as well, is that the CAB is an award that is branch and MOS irrelevant. The primary requirement to receive a CAB, as outlined in HQDA LTR 600-05-1, states that the Soldier simply not be assigned/attached to a unit that would qualify the Soldier for a CIB. However, this seems extremely contrary to what I have seen across the force. For example, if you are a 19K and serve in an Infantry Battalion, you will most likely receive a CAB rather than a CIB. According to the Chief of Staff’s (General Peter Schoomaker) intent it seems like as long as you are assigned/attached to a CIB qualified unit, you should get a CIB. Perhaps someone could confirm or deny this? 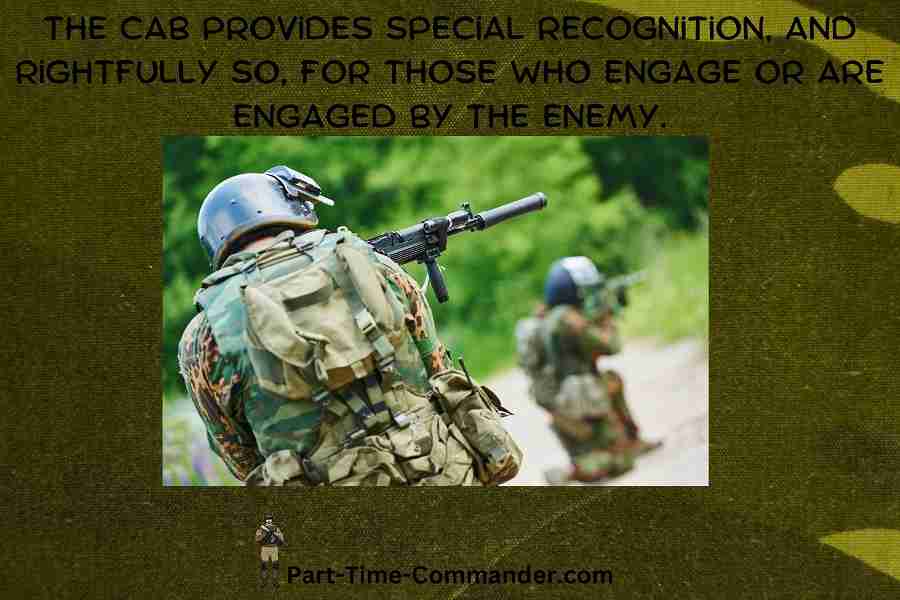 The bayonet and grenade badge is worn IAW AR 670-1…basically the same standard for how a CIB is worn. It is only worn on Army uniforms. The CAB provides special recognition, and rightfully so, for those who engage or are engaged by the enemy. The CAB may be awarded by any commander who is delegated authority by the Secretary of the Army during wartime. As a 19A, the CAB is a dearly held recognition and, personally, sets us apart from the Infantry.

In conclusion, this is my best information about the Army Combat Information Badge, aka the CAB. We would love to hear from any of you who have received this prestigious award. Please tell us more and share your story how you earned it. I’d also love if you could post a citation of your award in the comment section below. Thank you for your service!