When we mention the term United States Army Cavalry, many people who are not familiar with the United States Army will automatically think of soldiers on horseback fighting Indians in the old West. Many will picture George Armstrong Custer who was a cavalry Commander and was defeated by several tribes in the Battle of the Little Bighorn.

In today’s post, we are going to provide you with 20 amazing facts about the U.S. Army Cavalry. You may be familiar with some, but by the time you finish this post, you will be able to astound family and friends with your knowledge of the United States Army Cavalry.

1: The Regiment of Light Dragoons

The start of what we now know as the U.S. Cavalry came when George Washington noticed how accomplished the British were on horses during the Revolutionary War. In December of 1776, Congress agreed and converted a militia regiment into a light dragoon regiment. This regiment had 280 men in 6 troops. Casimir Pulaski was the trainer, but Officers did not obey him, and the regiment suffered because of this. Congress had Pulaski create an independent corps which had Dragoons, Infantry and others. 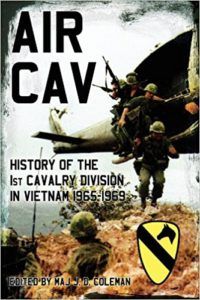 Do you have to supply some of the tools for your employment? Consider what the original Dragoon soldiers had to supply.

The items that the Army supplied were:

The United States Congress realized that cavalry troops were beneficial in war. They authorized a larger Dragoon force, and for the War of 1812, the Army utilized 2 regiments of Dragoons. They were known as the First and Second United States Dragoons. After the War, in 1814 Congress merged these regiments into one to cut costs. In 1815, the regiment was completely disbanded because it was claimed that cavalry forces were too expensive to maintain.

Just before the Civil War, in 1855 the United States Army formed mounted units that were called Cavalry. They were armed with the newer Colt sidearms. At the start of the War, the Army had 5 mounted regiments.

In 1861, all these regiments were then called Cavalry.

In 1916, Villa’s terrorists attacked Columbus, New Mexico and killed 17 American citizens. General Pershing was the leader as over 3,000 Cavalry soldiers went into Mexico hunting for Pancho Villa and his band of Mexican bandits.

In 1838 the first Cavalry School was started at Carlisle Barracks in Pennsylvania. Cavalry officers and soldiers were trained to Army standards. In the 1880s, the School of Application for Infantry and Cavalry began at Fort Leavenworth, Kansas. That school was for officers. In 1887, money was set aside for a Cavalry and Light Artillery School at Fort Riley, Kansas. The school became operational in 1890. In 1907, the name was changed to the Mounted Service School and was that way until World War I began. The school closed while the War raged on. In 1919, it became the Cavalry School and stayed that way until 1946 when it was closed for good.

The United States Army found that the use of heavier artillery and barbed wire made the mounted Cavalry somewhat useless. The 2nd Cavalry Regiment was involved, but they primarily were used as couriers, Military Police and liaison duties. There were no charging on top of horses into battle.

Cavalry soldiers show their “stuff” by drinking this mixture that would make hairs grow out of your big toe.

General George Patton was at one time a member of the light Cavalry when he rode with General Pershing after Pancho Villa. In 1918, Patton trained tank operators in France. As time went by, Tank Corps were developed.

Between World War I and World War II, the proposition of Tank Corps being merged with the Cavalry was put on the table, but many still thought horses had their place. World War II proved the opposite and Cavalry regiments were forced to become mechanized. By the end of 1942, all of the Army’s Cavalry units were mechanized.

Halfway down the trail to Hell.
In a shady meadow green
Are the Souls of all dead troopers camped,
Near a good old-time canteen.
And this eternal resting place
Is known as Fiddlers’ Green.

Marching past, straight through to Hell
The Infantry are seen.
Accompanied by the Engineers,
Artillery and Marines,
For none but the shades of Cavalrymen
Dismount at Fiddlers’ Green.

Though some go curving down the trail
To seek a warmer scene.
No trooper ever gets to Hell
Ere he’s emptied his canteen.
And so rides back to drink again
With friends at Fiddlers’ Green.

And so when man and horse go down
Beneath a saber keen,
Or in a roaring charge of fierce melee
You stop a bullet clean,
And the hostiles come to get your scalp,
Just empty your canteen,
And put your pistol to your head
And go to Fiddlers’ Green

In today’s Army, there are 5 types of Cavalry. They consist of:

A Cavalry Troop had 3 Cavalry Platoons. The Platoons were equipped with:

The 2nd Armored Cavalry Regiment proved itself above and beyond many other regiments in the Iraq War. They made their way to Baghdad in record time and destroyed 2 Brigades of the Iraqi Republican Guard in the Battle of 73 Easting. They earned the Valorous Unit Award for this feat.

Cavalry soldiers and officers have a tradition of earning spurs. You will earn your gold spurs when you come back from your 1st deployment. To earn your silver spurs, you must take the “Spur Ride.”

In the Spur Ride, rank makes no difference. Whoever creates the Spur Ride can make it as easy or tough as they want. The majority of Spur Rides can destroy some of the toughest people. It could be:

You get the idea, I’m sure. Could you earn your silver spurs?

It was during Vietnam that the Air Cavalry was introduced. Helicopters were used to drop troops in large numbers. They were used for recon, fire support and scouting too. Air Cavalry was essentially the start of an aviation sector in the U.S. Army.

I mentioned the 2nd Armored Cavalry Regiment earlier when they struck hard in Iraq. They were at one time known as the 2nd Dragoons, and maybe they are the 2nd Dragoons again. They are completely equipped with Stryker fighting vehicles. This essentially means they are mounted infantry which would be Dragoons.

Since Vietnam, Air Cavalry and many other Cavalry units have adopted wearing stetsons. It has become quite popular with Cavalry soldiers to wear stetsons, and for many, it is a “good luck” charm. Some have even retrieved their stetson after being shot down.

Over the years, there have been an array of infamous Cavalry personnel. These are a few:

There were many more including General Patton, General Pershing, Buffalo Bill and Wild Bill Hickok.

The United States Army Cavalry has an amazing history. Anyone who is attached to a Cavalry unit has every right to be proud.

We would love to hear from some Cavalry soldiers. Have you earned your spurs? What did you have to do to get them?  You can leave comments below, but before signing off, I want to leave you with an Army Cavalry Cadence created by Private First Class Keith Beeson: