The purpose of this article is to teach you about Army Battalions, Battalion Commanders and the Battalion (BN) Commander duties and responsibilities.

First of all, let’s take a minute to discuss an Army battalion.

Depending on the mission and structure of a unit, sizes can vary.

Most Army battalions consist of 4-6 companies.

Each company has 80-150 Soldiers and is led by a Captain and First Sergeant.

The Company Commanders report directly to the Battalion Commander.

In the Army and Army National Guard, battalions are normally led by a senior Lieutenant Colonel.

Most Lieutenant Colonels have between 15 to 20 years of military officer experience.

In addition, they’ve complete their military education requirements such as the Officer Basic Course, Officer Advanced Course and the Command and General Staff Course (now known as ILE). 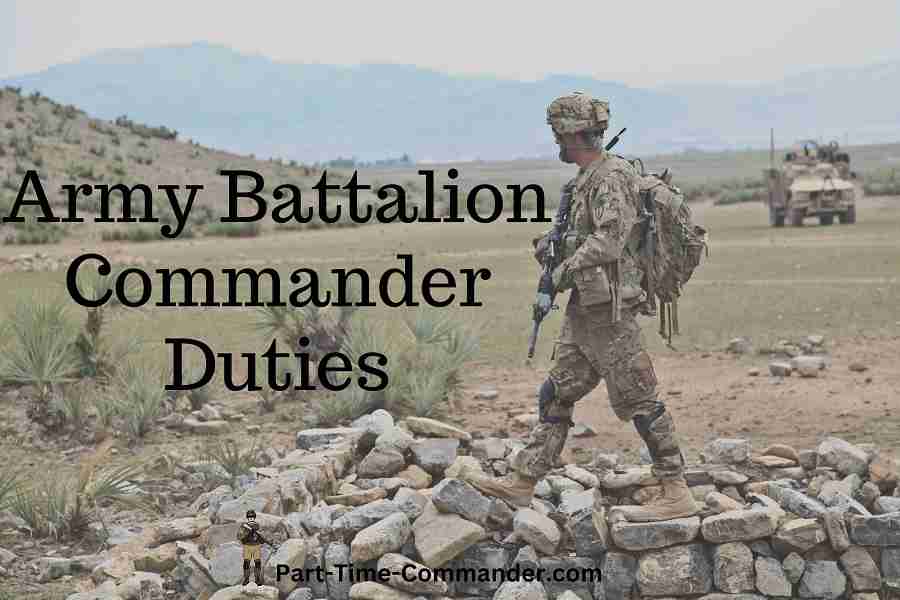 He or she advises the Battalion Commander on enlisted matters and handles Soldier discipline, morale, health, welfare and individual training.

The Battalion Commander’s duties and responsibilities are enormous.

In reality, Battalion Commanders are responsible for everything that happens or fails to happen in their organizations.

Some of the most important Battalion Commander duties and responsibilities include:

As you can see, this is no easy task; especially in the Army National Guard.

One of the biggest challenges for National Guard Battalion Commanders is lack of training time and spread out units.

For instance, most National Guard Battalions have companies in three or more different locations.

In order to conduct battalion-level training, the units must travel to a central location.

This takes time, money and effort.

Battalion commanders are arguably the most consequential leaders in the Army. Their experience, placement, and influence give them an out-sized ability to shape the future service of the soldiers they lead. They train and develop our young soldiers, non-commissioned officers, and officers and have more impact on their decisions to continue serving (or not) than any other leadership position. ~ War on The Rocks

With just two to three days per month and two weeks per year, it’s hard to keep up with their Active Duty counterparts.

Despite these challenges, most Battalion Commanders are very resourceful and therefore do “whatever it takes” to help their organization succeed.

As a Battalion Commander, your role transforms.

You now become a leader of leaders.

As a Company Commander, you lead Soldiers.

As a Battalion Commander, you now lead leaders.

Personally, I find that exciting.

In my opinion, the most important role of the BN Commander is to set the tone for the organization.

This equates to LEADERSHIP.

Battalion Commanders must be effective military leaders with vision.

They must share that vision with their subordinate leaders and staff, who in turn “buy into the vision” and “make it happen.” 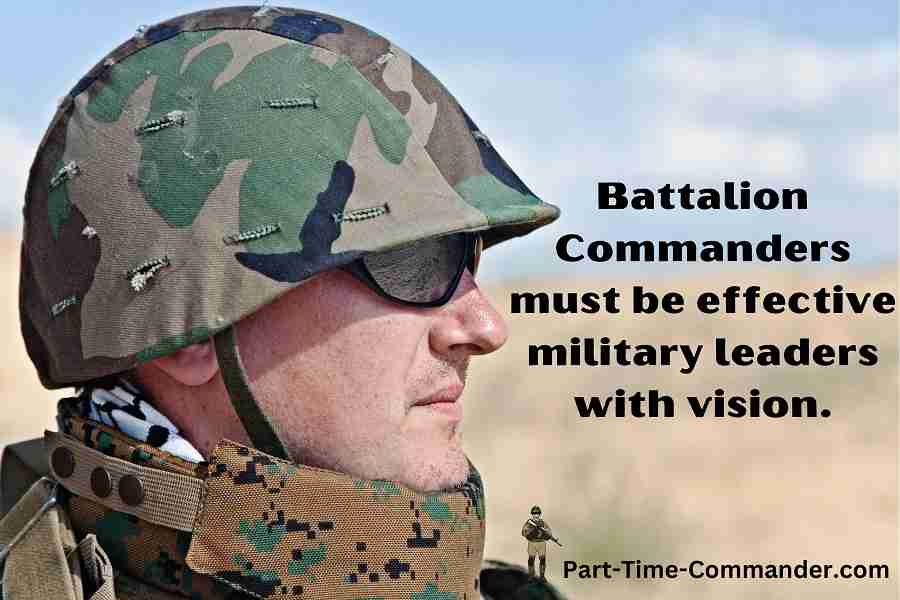 They enforce the Army standard equally to everyone in the organization.

This results in high morale and high military discipline.

All great Army units have both.

In conclusion, Battalion Commanders have a very important and demanding job.

Simply put, BN Commanders must ensure their organization is trained and prepared for combat.

They must be the tip-of-the-spear and lead from the front at all times.

If you have any questions or comments, feel free to post them below.