We all know that weapons and ammunition is a priority in the Army. And as such, there needs to be trained personnel that understand everything about ammunition used by the United States Army. That person would be the Army 89B MOS, ammunition specialist.

In today’s post, we are going to take a look at this Army job. We will examine their responsibilities and duties, the requirements to become an 89B as well as the training so you understand what is involved before you decide on this Army MOS.

The primary job of the Army 89B is the handling and storage ammunition and explosives, known as ordnance in the military.

They are involved in all facets of ammunition transport, storage, inspection, preparation and disposal. 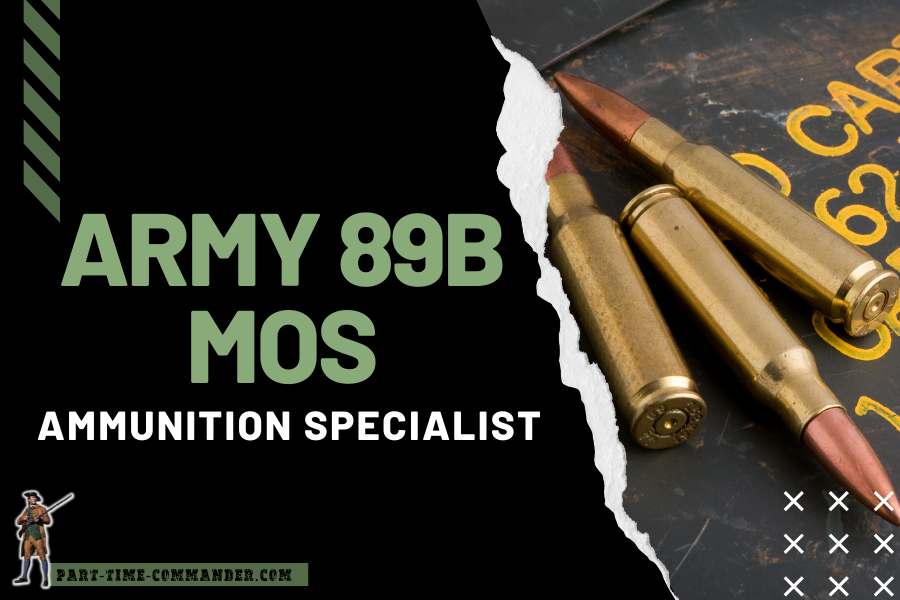 Army 89B Responsibilities And Duties

The responsibilities and duties of the 89B Ammunition Specialist are numerous. Some of the primary ones include:

Requirements To Become an Army 89B

Training For The Army 89B

Like all other soldiers in the United States Army, you will start out with approximately 10 weeks of Basic Combat Training (BCT).

After completing BCT, you will travel to Redstone Arsenal in Alabama for Advanced Individual Training (AIT) where you will learn things like:

From what I hear, this can be a tedious job but you can feel a strength in that you are ensuring that your fellow soldiers are fully stocked with the ammunition and explosives to help them win the battles they face.

As for civilian jobs, there is not a lot out there with ammunition, but you will have the skills to manage warehouse and inventories.

I hope this helps you if this is an MOS you are considering. If you have any questions, feel free to ask. And, if any of you reading this are current or former 89B’s, tell us more please.