Just after I graduated from college, I enlisted in the US Army, as an active duty Behavioral Health Technician (68X).  Yes, after and no, I did not want to be an officer.  I joined very specifically as enlisted because I wanted to be sure that I worked in behavioral health, helping soldiers.  I couldn’t have done that as an officer with only a BA in psychology.  After a total of seven months of training, I was stationed at Ft. Jackson, then later at Ft. Stewart.

At both bases, I worked in outpatient clinics, though they were very different.  With Ft. Jackson being a training post, most of the soldiers I saw were those in training, whereas at Ft. Stewart I only saw soldiers currently on active duty.  I found this much more rewarding.

As a behavioral health technician, my day to day duties varied.  Some days, I worked the front desk, answering phones, scheduling patients, fielding questions, and linking soldiers with various other services and clinics.  Other days, I did intake interviews, ran groups, set up psychological testing and video teleconference appointments, and provided supportive therapy.

I could function as a case manager when needed as well, and found myself to generally be a jack-of-all-trades in the clinic.  This soon led me to teaching classes on suicide prevention outside the clinic, meeting soldiers who had been flagged as high risk at the plane when they returned from deployments, and finally to a position as the assistant NCOIC to the clinic.

While in that position, I was forced to focus more on administrative tasks though I maintained contact with patients on a smaller scale.  As the assistant NCOIC, I was responsible for leading fellow behavioral health technicians, daily reports on patient statistics, as well as being handed a stack of waiting medication management referrals with instructions to reduce the wait times.

I found myself reviewing these soldiers’ records, making contact to gauge their priority, and linking them with the appropriate psychiatrists when needed.  For some, I acted as a liaison between their counselor and their primary care physician.  For others, I was able to schedule them with psychiatrists who were located in San Antonio, at Ft. Sam Houston, who were assisting us through a video teleconference program.

The most complex referrals were scheduled with our clinic’s psychiatrists.  In the course of a few months, I reduced the wait times for medication management patients from weeks, and in some cases months, to a matter of a few days to a week.  I also eliminated the backlog completely.  That was one of my proudest accomplishments.

While serving in the clinics, I learned about the complexities of running such a busy clinic, but for me, more importantly, I learned to lead.  I gained so much confidence in my own abilities, and it fueled me to pursue my career path in behavioral health.  I went into the service wanting to help soldiers and wanting to find out if I had what it takes to be a counselor.

I left the service knowing that I was not just capable of being a counselor, but also that I am skilled at helping others.  I learned that the best counselors are those who are open to working with other professionals as a part of a team in the soldier’s overall care.  I also learned that the same type of overall care is central to returning soldiers to duty as mission effective members of their team.

There is still a huge stigma surrounding seeking behavioral health care.  Soldiers are afraid of being seen as weak, or losing career opportunities.  For many of the soldiers that we saw, there were more benefits to their therapy than negative reactions, but that doesn’t mean that they did not face stereotyping.

Behavioral health is a dynamic, growing field in all branches of service, and there is still a huge need for more care providers at all levels, though not everyone can tolerate the stresses of the job.  Being a technician requires great attention to detail, an ability to multitask, and resilience.  It can be emotionally draining, yet also hugely rewarding.  Technicians need to be prepared to respond to patients in critical situations on a daily basis, as you can never really know when someone will come to you in crisis.  Flexibility is key in succeeding in an outpatient clinic. 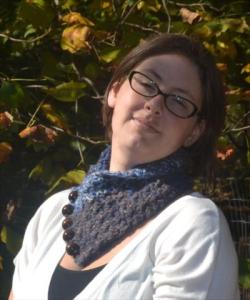 Overall I enjoyed nearly every aspect of my time as a behavioral health technician, except maybe the paperwork.  Finding yourself buried under multiple patient records which you need to complete by the end of the work day, at what you thought was going to be the end of your work day, is frustrating.  Unfortunately it is a necessary part of daily life in an outpatient clinic.  Being a behavioral health technician has many aspects to it, as a technician may also work in inpatient clinics, or with field units.  Each of those is very different from my experience, but still require many of the same qualities that helped me to succeed in the outpatient clinic.

Laura Seefeld is an Army veteran who served just over four years as a Behavioral Health technician before being medically discharged.  She is also the mother of two beautiful boys.  She is currently working on her Master’s degree in Applied Behavior Analysis, and hopes to pursue her Doctorate in Clinical Psychology in the near future.