The Army Reserve’s mission, under Title 10 of the U.S. Code, is to provide trained, equipped, and ready Soldiers and cohesive units to meet the global requirements across the full spectrum of operations. The Army Reserve is a key element in The Army multi-component unit force, training with Active and National Guard units to ensure all three components work as a fully integrated team. 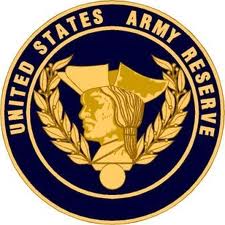 Here are 7 Neat Facts about the Army Reserves:

6. The Army Reserves has over 1 Million Soldiers in Boots at any time.  Again, this was shocking as I always believed that the National Guard had the biggest Soldier strength.

As you can see, the Army Reserves has a very important mission.  Without these “Citizen Soldiers” our Active Duty Army would have a tough time accomplishing its mission.  Which one of these facts do you find most interesting?  Leave a comment and let us know.

8 thoughts on “7 Neat Facts about the Army Reserves”