“This division will be ‘Hell On Wheels’” Colonel George Patton Jr.

One of the greatest leaders in U.S. Army history, General George Patton Jr. stated the above quote while the division was on maneuvers in Louisiana. The name stuck and the division became known as Hell On Wheels.

The division was created at Fort Benning, Georgia in 1940. They then trained for well over 1-year to become a highly skilled armored division. 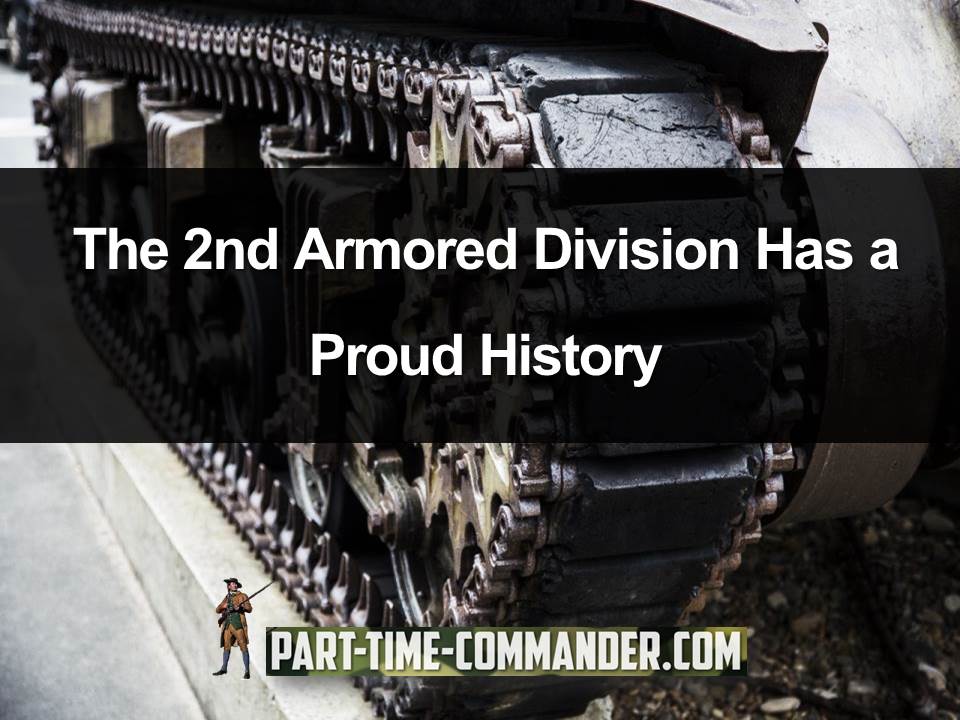 Parts of the division were some of the first to enter the combat zone in World War II.

Their first move was for Operation Torch and elements of the 2nd Armored Division landed at Casablanca in November of 1942. During this operation in North Africa, the 2nd did not see action as they were kept on garrison and training.

But in early 1943, they began training for an amphibious landing.

In July of 1943, Hell On Wheels entered Sicily for Operation Husky. They aided the 1st Infantry Division in the Battle of Gela.

About one week later, the 2nd landed at Licata, Sicily and started fighting all the way to Palermo. They captured an enormous amount of Italian prisoners along the way.

In August, Sicily was completed and Hell On Wheels was sent to England to prepare for the next operation.

3-days after D-Day, the the division landed at Normandy and began to move in a strategic pattern to become the right flank in Operation Cobra.

During this operation, the division showed they were Hell On Wheels.

The Germans launched a huge offensive in Belgium. The 2nd entered the Ardennes to battle the Panzers and they destroyed many and because of this, the Battle of the Bulge was slowed.

The 2nd Armored Division was the first to enter Berlin.

There were many awards to 2nd Armored Division soldiers:

Hell On Wheels were sent back to Fort Hood, Texas where they rebuilt.

In 1951, the Division was sent back to Germany as part of NATO and stayed until 1957. The 2nd Armored Division was primarily a force to defend NATO, but some elements were deployed to Vietnam.

In 1990, the 2nd was scheduled to be inactivated, but when Iraq invaded Kuwait, inactivation was paused. They deployed from Germany to Saudi Arabia and entering Kuwait, Hell On Wheels helped get control away from the Iraqis in under 100-hours.

They destroyed a huge number of Iraqi armored vehicles for their last show of their name—Hell On Wheels!

The 2nd Armored Division was inactivated in 1995, but their memory will live on forever.

Past Commanders Of The 2nd Armored Division

The 2nd had some great commanders including:


If not for the 2nd Armored Division, we will always wonder how World War II would have ended.

I actually hope that Hell On Wheels is reactivated in the future. If any of you were with the 2nd Armored Division, we would love to hear your story. Just leave a comment below to share your thoughts. Thank you.